‘I can only try to be on the side of the good by doing what’s good,' says Inbar Azrak. 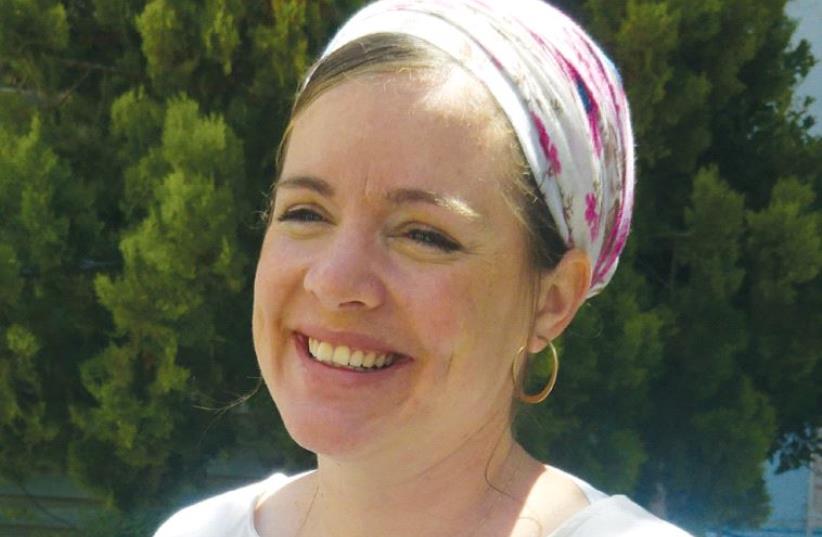 Inbar Azrak
(photo credit: BARBARA SOFER)
Advertisement
The image of a clinic in Pakistan shows a daughter taking care of her mother – photo credit, Getty Agency, Jane Schreibman.Yes, the same Jane Schreibman who gets credit for spotting a bomb on West 27th Street in Manhattan.Didn’t you wonder how the police could have found a second bomb amid the bustling, congested streets of Manhattan? They had a tip from Schreibman.A prize-winning photographer who has covered the Third World in places like Haiti, India and Pakistan, she has a sharp eye for detail. On her website, she says: “Although some of my projects work together to tell a specific story, my greater challenge is to catch a glimpse of the invisible.”Nearly invisible, the wired pressure cooker was in a heap, under scaffolding in front of an office building near her home on 27th Street.The metal and wires didn’t immediately alarm Schreibman, but the image stayed with her. She phoned 911.Here’s the irony. I’ve been looking at her photographs. Among her most poignant are those, like the photograph in Pakistan, of refugees from Afghanistan, who have left their country because of war and poverty.Ahmad Khan Rahami, 28, allegedly the terrorist who planted the pressure- cooker bombs, is one such refugee, whose family were fortunate enough to gain American citizenship and establish a home and restaurant business. They became prosperous enough to travel back to Afghanistan and Pakistan, where, like those in Schreibman’s photographs, more than a million Afghan refugees live.The 27th Street bomb lifted up a car and knocked down pedestrians, shattered eardrums and knocked out teeth.Reported New York Times journalists Annie Correal and Samantha Schmidt: “For the victims themselves, the injuries were nothing short of horrific – perhaps not life-ending, but certainly life-changing. In interviews, they described the shock of the explosion, then the strangeness of returning to daily life while carrying bomb-related injuries, from gashes with stitches to invisible wounds like ringing ears and nightmares.And while thankful to be alive, they experienced a paradox: One of the worst days of their lives is being referred to by practically everyone else as some kind of stroke of good luck.”I was talking about this paradox with my friend Inbar Azrak, 28. A terrorism survivor, she also considers herself very lucky.On August 4, 2015, Inbar and her husband, Ori Azrak, a Sabra couple with three small children, decided they needed a romantic break. Short on cash – she’s a teacher and he was just starting college after a long stint in the IDF – they couldn’t afford a hotel. Inbar’s parents, who live in the Galilee, agreed to babysit the grandkids.Inbar and Ori worked out a frugal plan.They would stay with Inbar’s grandma in Jerusalem, go out to dinner, and do back-to-nursery school shopping for the children. They’d take long walks along the ancient paths of the beautiful city.And so it was. They felt renewed. They were driving home, near the northern Jerusalem neighborhood of Pisgat Ze’ev, talking and laughing. Suddenly, the window on the passenger’s side shattered. The deafening boom was followed by the flash of fire as a Molotov cocktail exploded.“Get out, get out,” yelled Ori, who was driving. “Inbar, Inbar. Get out, hahutza! Inbar heard Ori’s voice through a daze. Her seatbelt was stuck, the metal scorching. Her skirt was on fire. Finally, she managed to budge the buckle. She jumped and, still on fire, rolled on the ground. “I’m alive, I’m alive,” she kept saying to herself. “I can tolerate the pain.”Ori stamped out the fires.Passersby stopped and insisted Inbal be moved from the roadside. Minutes later, the now driverless, burning car imploded and rolled backward. Inbar was nearly run over.One of the passersby was shouting. “Ma’am, is anyone else in the car?” Through her shock, Inbar lived an internal earthquake.The children! No, they were safe at her parents’ home. Had they been in the car, she wouldn’t have been able to rescue them.The thought made her faint.How lucky she was.Someone was holding water to her lips. Then the ambulance, its sirens blaring, was speeding away to Hadassah University Medical Center.Inbar was familiar with Hadassah from giving birth. That’s what she told the medics. “I come here to give birth, not to be treated.”She spent two months in the hospital recovering from excruciating burns, considered “moderate” in Israel.Three days before Rosh Hashana she went home.Last week, she was in the hospital again, making good her declaration to the medics.In the text message she sent out to announce the arrival of a healthy and big (4.6 kilos) baby boy, she quoted from the Hallel prayer of praise and gratitude: “He raises the poor from the dust and the needy from the garbage heap....”“I can’t answer the big questions,” she told me. “I know we’re in the midst of a huge struggle that may not be over in my lifetime. I can only try to be on the side of the good by doing what’s good. What could be more life-affirming and good than bringing a baby into the world? The brit will take place on the very anniversary of my release from the hospital.Can there be a better way to heal?” The author is a Jerusalem writer who focuses on the wondrous stories of modern Israel. She serves as the Israel director of public relations for Hadassah, the Women’s Zionist Organization of America. The views in her columns are her own.