The Iran deal and democracy

American involvement in the world has often been viewed by others to be arrogant, self-serving, imperialistic and ethnocentric. 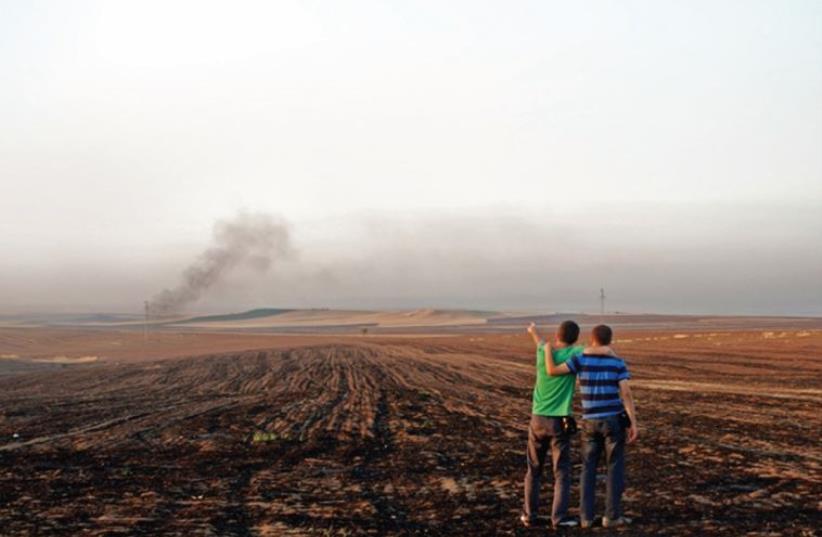 An Arab museum of contemporary art opens in Sakhnin
(photo credit: PR)
Advertisement
American involvement in the world has often been viewed by others to be arrogant, self-serving, imperialistic and ethnocentric.President Barack Obama, however, is known for having a softer approach to foreign policy than that of previous presidents, one that is more accepting of non-American interests and beliefs.Democracy, after all, is rooted in the idea that the use of political power is legitimized by the consent of those who are subjected to it. When America gets involved in activities in other countries that may not accord with the desires of local populations, it is being undemocratic. Coming from “the leaders of the free world,” it is also being hypocritical. What could be a bigger ruse than projecting political power upon non-consenting people from other cultures and religions in the name of “freedom” or “democracy?” It is easy to see how those in other countries subjected to American policies that they themselves might not support might regard the United States negatively and consider it a colonialist aggressor.
See the latest opinion pieces on our page
For Western countries to force upon the Islamic Republic of Iran their own ideas about how Iran should or should not generate electricity, while they themselves posses nuclear weapons, is the height of hubris, and anti-Islamic imperial domination.Well, except for the fact that Iran has overtly threatened to exterminate other countries and populations, and actively pursues its own colonial expansion throughout the Middle East. Forcing political policies on unwilling foreign populations might be undemocratic and may rouse a reasonable sense of dissatisfaction among non-consenting individuals subjected to those policies, but self-defense is generally considered legitimate.So the Iran talks are based on the idea that by providing verifiable assurances that the Iranian nuclear program is peaceful they are protecting other countries, and preventing World War Three and a nuclear arms race. Iran does have a legitimate right to produce its own electricity in accordance with its own policies, but providing verifiable assurances that its program is peaceful is necessary.But to whom are those assurances being provided? The talks do not include a single representative from any of the countries considered to be the most threatened by the Iranians, namely the Sunni states and Israel.Both the Sunni states and Israel have expressed their reservations that the framework released in April does not sufficiently ensure that the Iranian nuclear program is peaceful. That many of the limitations specified in the agreement expire in 10 or 15 years, at that point allowing Iran a nuclear breakout time of less than two to three months with the legitimacy of this agreement, makes their skepticism understandable.Despite the objections of the countries most threatened by Iran, Obama and other leaders of the P5+1 and EU consider it their duty to set policy for the entire world. They consider it their responsibility to dictate what will be held as “international law.”How should I as an Israeli whose life and country have been overtly threatened by the Islamic Republic feel about the P5+1 and EU taking it upon themselves to decide that in 10 to 15 years it will be fine for Iran to have a nuclear breakout time significantly less than two or three months, without Israel or the Sunni states having any direct representation in the process? It is hard to consider as binding negotiations over a major conflict in which none of the primary actors on one side are represented. It is impossible to expect countries under nuclear threat to abide by such an agreement. Do not look now, Mr. President, but you are an imperialist aggressor.The author holds a BA in political science from Penn State University with minors in Middle Eastern Studies, Hebrew and Philosophy.After growing up in Pennsylvania, he has lived in Jerusalem for seven years.