There is a big shortage of workers for low-wage and work condition jobs.

In September 2021, the number of vacant jobs in Israel reached a record high of 137,500, after having fallen to a low of only 37,000 at the start of the COVID-19 pandemic in April 2020, and compared to an average of 95,400 in 2019 (before the pandemic). The economy has indeed shown positive growth, but not to the extent that can explain such a sharp jump of 44% in the number of vacant positions.

For most of us, the intuitive conclusion is that there is a shortage of thousands of computer programmers, engineers and technicians for the hi-tech sector. But a look at Central Bureau of Statistics data reveals a significantly different picture. It is true that the number of unfilled positions for engineers and programmers topped 14,000, along with another 4,000 vacancies for technicians; but all of these taken together account for only 15% of the demand for workers.

So what workers are employers looking for? The answer is quite astonishing. In September, they needed some 14,000 salespersons, about 10,000 waiters and bartenders, nearly 7,000 kitchen and cleaning workers, more than 5,000 nursing workers and a similar number of truck and bus drivers. There are almost 5,000 openings for construction workers and about the same number for security guards. All these categories are characterized by low wages and working conditions that are less attractive than those in hi-tech.

The continued rise in job openings outside of high tech and engineering is particularly surprising given that in September 2021 there were nearly 340,000 unemployed people in Israel, most of whom seem to have used up their eligibility for unemployment or furlough benefits. We are talking about hundreds of thousands of people who would rather be jobless and have no (reported) income than work in one of the jobs that are open today.

This is not to say that the shortage of employees in hi-tech does exist. No one denies the economic need for training workers in engineering and programming. The hi-tech sector, of course, is a major growth engine for the economy, producing significant tax revenues, and characterized by high labor productivity and attractive salaries. Its contribution to the national economy is a great blessing – but it is not enough by itself. 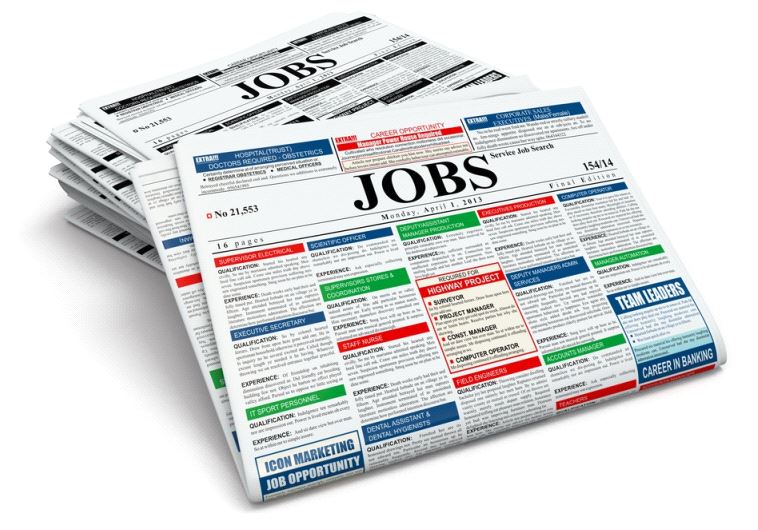 Relevant policymakers need to solve the labor shortage in commerce and services, construction, and industry because the shortage of labor holds back the economy and serves as a bottleneck for growth. This problematic situation requires an in-depth study of the demand for workers by means of an up-to-date database that takes into account employers’ needs in real-time and includes a geographic mapping. This challenge falls on the shoulders of the Labor Unit in the Economy Ministry, along with the recently established Employers Administration with the cooperation of employers’ representatives, the Histadrut labor federation and the government.

At the same time, the Labor Unit must map out the categories of required training courses. A not insubstantial proportion of the occupations in demand require a relatively short training period. An accurate analysis of supply versus demand would make it possible to offer those left jobless by the pandemic, courses to train as cooks, construction workers, drivers and caregivers, and thus creating a match between the courses and the needs of employers in the area in which the target population for such courses lives.

A survey conducted by the Israel Democracy Institute in July 2020 found that 66% of those who lost their jobs due to the pandemic (who are not working now but were employed before COVID-19 struck) would be interested in a short government-funded vocational training course, lasting three to six months. The key question that has not yet been studied is whether they are willing to enroll in courses to prepare them for those fields that need workers. Has anyone looked into this? Who bears the responsibility to find out whether there is any match between what the economy needs and the courses in demand? Many questions arise from this picture, which reveals that the demand for workers is not going to match up with the supply of people willing to work in the positions available. The one ray of light which emerges from the IDI surveys, reveals that about half of the pandemic jobless are interested in vocational retraining. What can we do to spark their interest in the fields that the market needs?

When markets do not reach the optimum point on their own, the government should intervene and provide incentives that will impact the market and help it close the gap between supply and demand. Because the benefit derived from vocational training for an individual and for the entire economy exceeds that seen by the employer, economists agree that there is economic justification for government funding of advanced education and vocational training. What is more, a recently published study conducted by IDI and the Labor Unit in the Economy Ministry found that paying stipends to those enrolled in vocational training courses has a positive influence on the willingness to enroll in them, and that the inability to earn a living while enrolled in a course is the main reason for dropping out.

The COVID-19 pandemic has provided the Israeli economy with a golden opportunity to offer vocational training courses to tens of thousands of persons who lost their jobs as a result of the crisis, and were forced to sit at home for an extensive period of time. It would have been possible to take advantage of those months to upgrade skills and prepare for the anticipated changes in the labor market. This opportunity was missed and valuable time was lost; but it still is not too late to take steps to enhance workers’ skills. The IDI surveys indicate that today about half of all wage-earners are still interested in upgrading their skills in their current field or in retraining for a different field, along with 40% who are interested in developing general skills in the fields of computers and the internet, management, languages (English/Hebrew/Arabic) and the like.

GOVERNMENT INVOLVEMENT in encouraging both workers and employers to invest in developing basic skills such as these is even more crucial in light of the low ranking of Israeli workers, as compared to their counterparts in the developed countries, with regard to their basic skill set. Israel’s low ranking is manifested in the PIAAC indexes issued by the OECD, which examine workers’ performance in literacy, mathematics, and problem-solving. Israeli workers’ low ranking is a significant factor in the lag in labor productivity, which is 25% lower in Israel than in developed countries. It is incumbent upon the Israeli government to narrow these gaps in workers’ skills and respond to the economy’s needs. Naturally, upgrading workers’ basic skills attracts only limited attention among employers, who are generally interested in providing only courses specific to their own field.

The establishment of the Employers Administration offers an excellent opportunity for a quantum leap in the vocational training system in Israel and for directing those who lost their jobs during the pandemic to the sectors where there is a large demand for workers. But this is not enough. The Israeli government must also help the employers introduce innovative technologies and management techniques that will make it possible to raise labor productivity in commerce and services as well as in the traditional economic branches of industry and construction, some of which still pay low wages. It is important to remember that increased labor productivity is the key to higher income and a reduction of gaps.

The writer is an economist and the director of the Center for Governance and the Economy at the Israel Democracy Institute.