The Owl: Remembering, for a better future

Don’t immerse yourselves in sadness, but fill yourselves with fear and awe and take responsibility for the future. 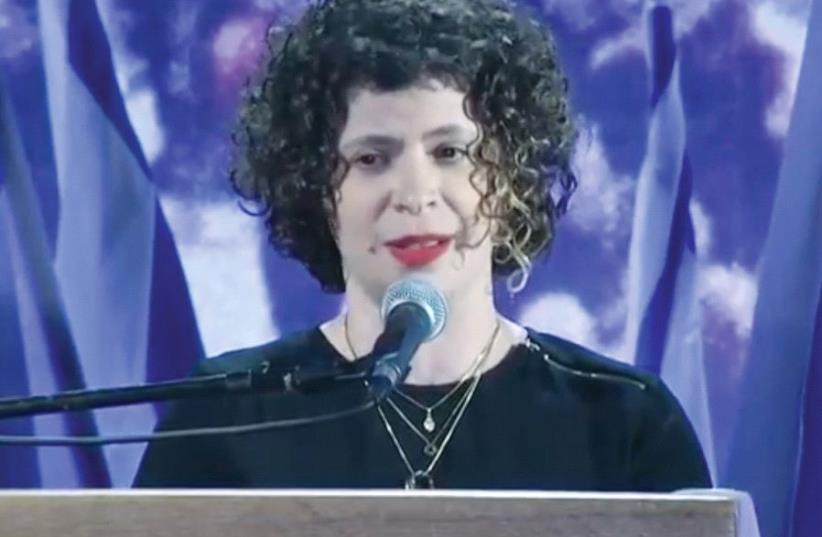 Michal Kastan-Keidar
(photo credit: YOUTUBE)
Advertisement
Let’s talk about memory, but from a rather unusual angle.Michal Kastan-Keidar, the widow of an officer who was killed in the last war in Gaza, said that more than remembering the war dead, our duty is to save the living: “As Remembrance Day approaches, I ask of you, all of you, not to immerse yourselves in sad videos about our loved ones who are gone. Leave that to us.Don’t immerse yourselves in sadness, but fill yourselves with fear and awe and take responsibility for the future.Because each of you can pass over to our side. Bereavement is not sacred. We should not revere it. We should act to prevent it.”These are poignant observations from the heart, sincere and powerful.Far from trying to create a momentary emotional sensation, Kastan-Keidar calls for action. She implores us to do everything possible to prevent or at least mitigate unnecessary wars. The great British strategist Sir B.H. Liddell Hart once observed that the best way to do so is to try and see reality through our enemies’ eyes, and to always “avoid self-righteousness like the devil. Nothing is so self-blinding.” With such knowledge, argues Liddell Hart, one can give the enemy room to end the conflict with his honor intact. This is a call for empathy to enemies and rivals; not in the sense of accepting their beliefs, only seeing the world through their eyes in an attempt to fathom their underlying emotions and logic. For example, how do bereaved Palestinian parents and siblings see the world? Here, actually, lies the importance of the much maligned “alternative Israeli- Palestinian Remembrance Day ceremony,” annually organized by Combatants for Peace and Bereaved Families for Peace. Every year, these organizations convene hundreds of Israelis, some of them from bereaved families, with an equal number of Palestinians who lost sons, daughters, wives and husbands as a result of the conflict. They try to remember together, mourn their loss and build bridges in order to prevent, delay or mitigate the next war. This year, because of a stabbing attack committed by a Palestinian in Tel Aviv, the Defense Ministry did not permit the Palestinian families to attend the ceremony. Therefore, a parallel Palestinian event was organized in Beit Jala, south of Jerusalem, with a few dozen Israelis in attendance.From the outset, the joint Israeli-Palestinian memorial ceremony was subject to criticism from multiple quarters.Left radical pundits denounced it for its “normalization of the occupation through mourning.” Activist Lilach Ben David, for example, argued that as long as the “occupation” continues, there is no place for empathy or sympathy between “occupied” and “occupier,” “victim” and “victimizer.” Indeed, such sympathy disrupts the childish dichotomies between light and dark, victim and victimizer, underlying much of the radical Left’s ideology. The harshest criticism, however, came from the other side of the political spectrum. To mention one example out of many, a conservative college professor, writing under the pseudonym “Malkiel Zoarets,” suggested that a joint Israeli-Palestinian memorial ceremony resembles a Holocaust memorial ceremony shared by survivors and SS veterans.Ben David and Zoarets are on the opposite side of the spectrum. But in fact, they share precisely the self-righteousness that Liddell Hart so strongly warned against. Both insist on seeing reality only through the eyes of their own side, coercing it into the dichotomy of a morality play. We are right, they are wrong. We are gallant soldiers and freedom fighters, they are terrorists. We are victims, and they are from the SS.But the ability to understand the other side’s distress, pain and loss, to replace our glasses with theirs for a short while – is vital for both peace and war. It means understanding that what seems to be indiscriminate terrorism to most Israelis, is a fight against a brutal military “occupation” for most Palestinians. And what the Palestinians see as an “occupation” of their territory, equals return to a beloved homeland for most Israelis. Understanding (not agreeing with!) one’s adversary may help us prevent war, soften it or, if absolutely necessary, win it with minimum loss to both sides.For the solution of the Israeli-Palestinian conflict, if and when it comes, will be political. But on the long and winding way to such an outcome, every bridge between the sides, every ounce of empathy and every person cured of the disease of self-righteousness, may save lives and prevent unnecessary suffering.Who knows? Potential terrorists may think twice, putting back the knife before drenching it in blood. Palestinians may report suicide bombers to the Palestinian Authority’s security services.IDF soldiers may treat Palestinians more decently at checkpoints. Officers may try to mitigate the evils of the “occupation,” helping Palestinian farmers, shepherds and villagers in distress. All of these small lights are possible results of bridges built persistently between our two belligerents. The joint memorial ceremony is one way to do so.And that’s why it’s so important.

■ The writer, a senior lecturer for general history and East Asian studies, the Hebrew University of Jerusalem, is the author of The Plots against Hitler and Curse on this Country: The Rebellious Army of Imperial Japan.
Advertisement
Subscribe for our daily newsletter