The Temple Mount is the solution, not the problem

"Changing the status quo is what is needed in these challenging times, not maintaining it." 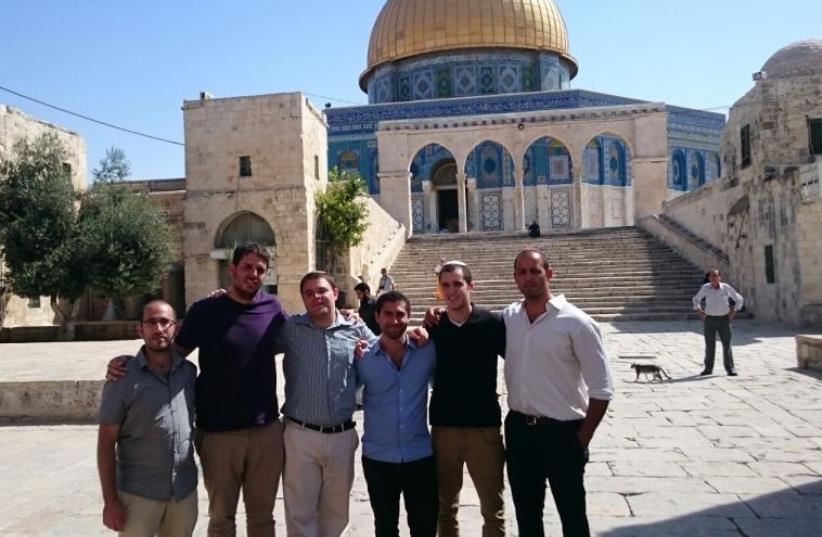 Likud Youth on the Temple Mount
(photo credit: ELIRAN GAFSOU)
Advertisement
Contrary to mainstream belief, the Temple Mount is not a ticking time-bomb, waiting to explode with Muslim violence that will bring forth the end of time, but exactly the opposite: the one true key to peace in the Middle East.Changing the status quo is what is needed in these challenging times, not maintaining it.The Temple Mount holds all the solutions to the Jewish-Arab conflict. If we would only to see it, we’d believe it. The essence of the holy site includes all these: worshiping the one true God; freedom of religion; freedom of speech; freedom of movement; the right to life and liberty; history and culture.In Judaism and under Jewish law, all people can enter the Temple Mount. According to Judaism, the site is the actual House of God on Earth; the holiest place on the planet. This is the spot where He rules his Kingdom, where He is directly worshiped and where His name reverberates on all tongues of all peoples. The site of course is run by Jews, God’s Chosen People, but anyone who wishes to pray can do so. As a matter of fact, that is the site’s purpose according to Judaism.More so, the State of Israel respects individual rights, respects democracy and respects freedom of speech and freedom of worship. If the sole authority over the Temple Mount was the State of Israel, human rights and religious rights would coexist in harmony.However, if the Muslims have it their way, they will offer one thing and one thing only: kneel or die.You either accept their reign over the Temple Mount, and accept the fact that their religion is easily offended when other human beings (infidels) enter the Temple Mount with their filthy feet, or you don’t, in which case – you deserve to die.That is the entire Israeli-Arab conflict in a nutshell, compressed in one tiny geographical area.When examining these philosophies on both sides, a man of reason can understand that there is no room for compromise between the two. Compromise can be reached by people who share the same kind of values. For example: Moshe will pray from 10 a.m. to 2 p.m. and Muhammad will pray from 2 p.m. to 6 p.m. That’s compromise. But when Muhammad can pray whenever he wants and Moshe can’t pray at all – that’s exerting coercive force, not debating ideas and values peacefully. There’s no compromise with such barbarism.The fractured status quo cannot remain forever. The Muslims will want to gain advantage and kick the Jews out, according to their beliefs. Muslims perceive the Mount as a fountain of justice, an imperative narrative in the story of the rulers of the Land of Israel. If the Jewish narrative of the site is torn apart, the road to conquer all of Israel will be clear. Islam will top Judaism.That is why this issue is so important to them. Truth be told, when it comes to the Temple Mount, the Muslims are scared to death. Jewish history, archaeology and faith leave no question about whose Mount this is, anyway. The Muslims know it – we just haven’t realized it yet.Judaism and Israel’s modernity offer the pluralist solution of free worship and individual rights.It’s time to change the status quo. It’s time to take over the Temple Mount. Once and for all show the entire world to who this land really belongs.The writer is a graduate in political science and journalism of the Hebrew University.