Attorney-client confidentiality: Is it privilege or peril? 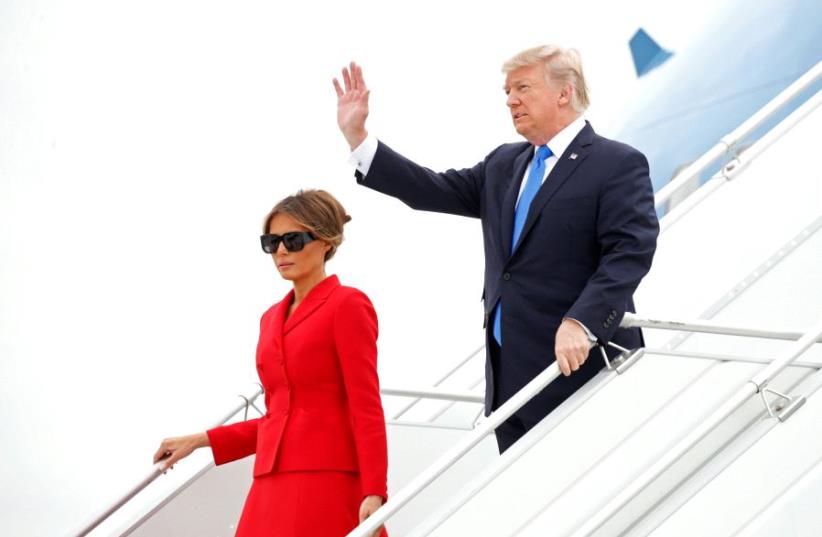 US President Donald Trump and First Lady Melania Trump arrive aboard Air Force One at Orly airport near Paris, France, July 13, 2017
(photo credit: REUTERS)
Advertisement
The importance of confidentiality can be traced all the way back to the sage advice of King Solomon in Proverbs (chapter 25, verse 9), where he cautioned “...do not reveal another’s confidence.”The special confidential relationship between attorney and client, popularly known as the “attorney- client privilege,” has been linked to the reign of Queen Elizabeth I. Nevertheless, the modern day law of attorney-client privilege has carved out exceptions that, under certain circumstances, can eliminate any confidentiality protections.Suppose a client seeks the confidential opinion of an attorney as to whether a proposed transaction is legal, and the transaction is subsequently challenged as being illegal. Can the confidential communications, which served as the basis of the transaction, later be subject to a subpoena or warrant? In effect, the paradox is the attorney- client privilege encourages full, unfettered disclosure, yet, it would appear that such confidentiality is not guaranteed. In other words, is attorney-client confidentiality a privilege or a peril? Is this dilemma exacerbated in a high-profile cases, such as the Trump/Michael Cohen dynamic? As reported, the FBI raided and seized the business records of US President Donald Trump’s personal attorney, Michael D. Cohen, relating to several topics, including the payment of $130,000 in hush money to Stephanie A. Gregory Clifford (aka Stormy Daniels).The fact that the US attorney obtained a search warrant acting on a referral from Special Counsel Robert Mueller, has stirred an immense amount of controversy regarding the doctrine of attorney-client privilege. Judge, Kimba M. Wood, appointed Barbara S. Jones, a former federal judge, as a special master to review the materials seized from Cohen, and to assess whether the documents include any confidential communications between Cohen and his clients, including Trump.It has been reported that the prosecution may be looking into establishing a case that Trump sought Cohen’s legal advice regarding the Stormy Daniels affair for an illegal purpose: to evade federal campaign-finance laws.There are many in the legal community who are flabbergasted by the perceived attack on the sacrosanct shelter of attorneyclient privilege, in the guise of an apparently sanctioned seizure of privileged communications. They question whether such a warrant would have been issued if this were not such a high-profile case. In fact, Federal Judge T. S. Ellis, overseeing the criminal case against Paul Manafort, Trump’s former campaign manager, expressed skepticism regarding Mueller’s wide-ranging tactics. In his words: “What you really care about is what information Mr. Manafort could give you that would reflect on Mr. Trump or lead to his prosecution or impeachment.” The same could easily be said regarding the Cohen investigation.As a retired New York State Supreme Court justice, I join those who express deep concern regarding a perceived dangerous precedent, and slippery slope, weakening the institution of attorney-client privilege.What then is the law of the case? The fundamental principle, underlying the privilege, is that, in the absence of the client’s informed consent, the lawyer must not reveal information relating to the representation. This contributes to the trust that is the hallmark of the lawyer-client relationship.The law carves out a few exceptions to the privilege. For example, neither party can use the privilege in order to commit a crime or perpetrate a fraud. Furthermore, non-legal communications, e.g. relating to business matters, do not qualify for the privilege.An extreme example of a lawyer’s duty to maintain client confidence under the most trying circumstances, involved two upstate New York attorneys. While representing a murder suspect, they learned from their client of two other murders he had committed, and where he dumped the bodies. They did not reveal the location of the bodies. After the client later confessed at trial to the other murders, only then did they reveal their previous knowledge, and were reviled in the court of public opinion for withholding the information. However, in the legal community, they were lauded for their zeal with which they had protected their client’s rights.On the other hand, the prosecution alleging a crime/fraud exception must show that there is “probable cause to believe that a crime or fraud has been committed and that the communications were in furtherance thereof.”It was previously noted that there is a dilemma where a lawyer renders a legal opinion, and there is an allegation of complicity of the lawyer in the client’s illegal conduct, which might serve as a basis to raid the attorney-client privilege.This dilemma is accentuated, in that there is a conflict between the rules of professional responsibility and criminal law, in their respective definitions of lawyers’ complicity in their clients’ crimes. Under the rules of professional responsibility, a lawyer is exonerated for advising a client in committing a crime if the lawyer acted in good faith. However, the criminal law incriminates the same lawyer of aiding and abetting the client’s crime even if the lawyer believed the conduct was legal.The present state of affairs casts a shadow on the attorney-client privilege, and presents a classic dilemma whether such form of confidentiality remains a privilege or has now become a liability.