The unknown future of Mosul

Mosul has been under Islamic State (ISIS) rule for over two years. The city is still home to over a million civilians, who are trapped there. 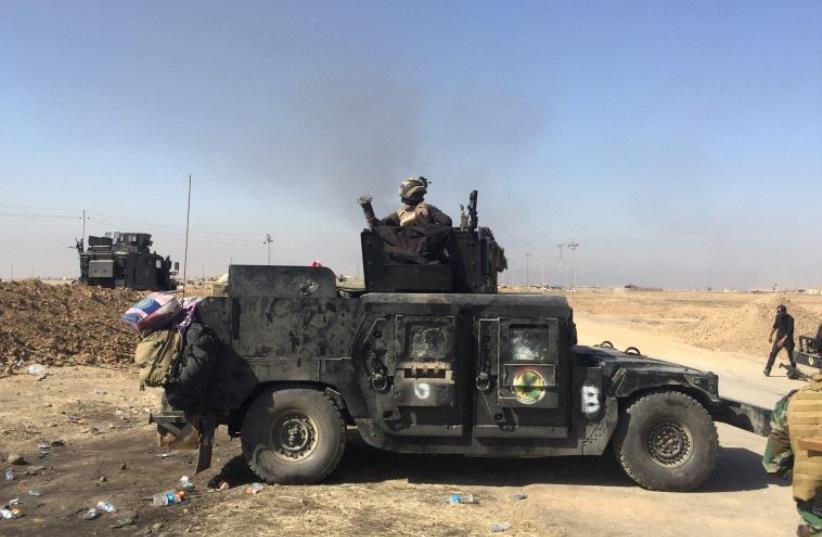 Iraqi forces outside Mosul.
(photo credit: SETH J. FRANTZMAN)
Advertisement
Iraqi government forces and Kurdish Peshmerga forces, backed by US-led coalition air and ground support, launched their military offensive operation to retake Mosul, the second largest Iraqi city, on October 16.Mosul has been under Islamic State (ISIS) rule for over two years. The city is still home to over a million civilians, who are trapped there. Without a doubt civilians will be used as human shields by ISIS as a last means of defense.But going back to the diverse forces participating in the Mosul operation, each with its own agenda in the fight against ISIS – Iraqi government with Shi’ite militants backed by Iran; Sunni Arab militants trained and backed by Turkey; Yazidis; Assyrians; paramilitary forces included within Kurdish Peshmerga forces backed and trained by coalition forces over the past two years – all these lead us to think about what awaits a post-ISIS Mosul.Many fear revenge actions by the various ethnic populations, as well participating forces. Minorities in the Plain of Mosul, Christians, Yazidis and Kurds, say they cannot live with or trust their Sunni Arab neighbors, who provided a fertile ground for ISIS.Sunni Arabs joined and supported ISIS two years before in its offensive to capture the city. Sunni Arabs are fearful of Shi’ite militants, who have been accused of committing crimes against humanity in liberated Sunni areas earlier this year, like Falluja and Al Ramadi province.There are many questions in need of answers: Will Mosul’s mosaic population be able to reunite and live together as before? Will Shi’ite militias retreat after Mosul is liberated? Will Sunni Arab accept the central government – dominated by Shi’ites – to rule them as before? Will Kurds retreat from the land they liberated through the sacrifice of so many Peshmerga lives? Will Kurds not insist on article 140 of the Iraqi Constitution regarding disputed areas with the central government? Will Mosul minorities demand self-rule or choose to allow their lands to be under the control of the central government of Baghdad or Kurdistan region? Will Turkey creates obstacles for Mosul’s future due to being prevented from participating in the offensive? We leave the answers to these questions to the future – the not-too-distant future, as the offensive’s progress looks to be swift. Kurdish Peshmerga forces have retaken over 500 sq.km. of territory and wrested over nine villages from ISIS. According to a statement by many Kurdish commanders, they have met their objectives so far. We will have to wait and see what the Iraqi forces achieve from their side.