The vendetta of the Bangladeshi government: Motiur Rahman Nizami

Whether you’ve heard it or not, Bangladesh has a power problem. 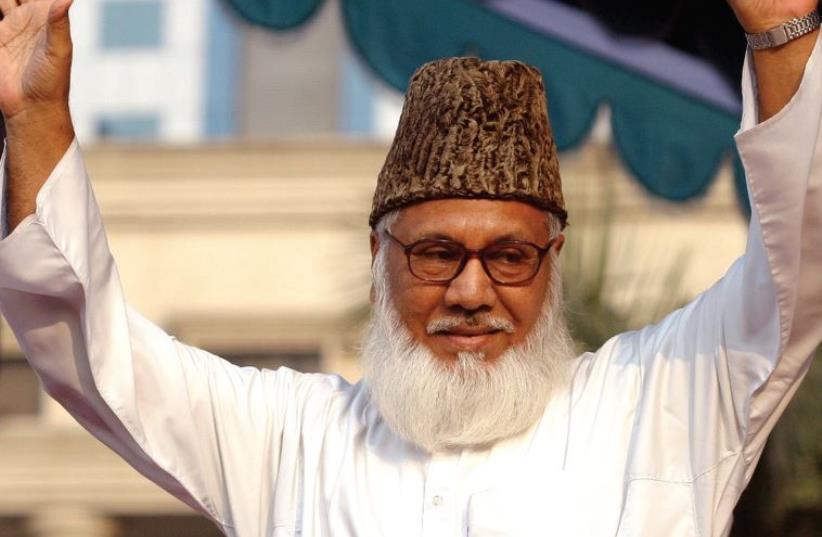 The vendetta of the Bangladeshi government: Motiur Rahman Nizami
(photo credit: REUTERS)
Advertisement
The leader of the political party Bangladesh Jamaat-e-Islami was executed on May 11, 2016, having being given a death sentence for genocide, rape and torture. But there is an important and under-represented perspective hiding from the international public: the corruption, lack of judicial independence and political motivations behind the sentence.Whether you’ve heard it or not, Bangladesh has a power problem. Among many concerns international commentators have voiced regarding the Bangladeshi government is the pattern of back-to-back criminal convictions of many opposition leaders in the country. United Nations officials and the Human Rights Watch (HRW) have both issued statements expressing that Bangladesh may be entering a pseudo-democratic age. So, what is happening and why is it a problem?Let us first summarize the basic timeline of events and background of the situation in Bangladesh. In 1971, Bangladesh gained independence from Pakistan after its “Liberation War.” The Jamaat Islami Party opposed the move for independence, and its supporters even fought with the Pakistani army against Bangladeshis. Since then, coups, uprisings and problematic elections have kept the stability of the country volatile.Since 2008, the Bangladesh Awami League led by Prime Minister Sheikh Hasina Wazed has been in power. In 2010 the “International War Crimes Tribunal” – a government-led tribunal – was created with the seemingly good intentions of putting war criminals of the 1971 Liberation War to justice; the tribunal was welcomed by the international community. Brad Adams, executive director of the Asia division of HRW, stated that “Human Rights Watch welcomes your government’s commitment to bring to justice those responsible for war crimes in connection with the war of 1971.”It was all downhill from here.Now, the international community has concerns regarding the validity, honesty and politicization of this tribunal. One of the political opponents of the ruling Awami League is Jamaat Islami, and the fact that many senior leaders and members of Jamaat Islami have been hanged as a result of the tribunal have raised concerns of politicization. Nizami was the fifth opposition member to be hanged and eleventh to be convicted of war crimes; no ruling-party members were convicted.Nizami’s death on conviction of war crimes, genocide and rape ignited a series of protests, and further clarified the international stance against the ICT (International Crimes Tribunal) – that it is being used as a political tool, and is not nearly as genuine, independent and transparent as was originally claimed to be.It is not solely because of the suggestion of politicization that there are concerns with the tribunal, but also the evidence, lack of judicial independence and disregard for human rights.Regarding the rule of law, the Rule of Law Index ranked Bangladesh as having the 10th worst judicial system. It is no mystery that everyday corruption and lack of accountability are commonplace in the developing country. But what is even more concerning is the actions of the tribunal specifically. There are problems with ideological impartiality, and outright scandals wherein judges breached procedure, hinting at lack of independence.Besides these concerns, there are also human rights concerns surrounding creating the tribunal itself. The government has been accused of breaching previous constitutional norms defending the human rights of people accused of crimes. The government amended these laws solely for the creation of this tribunal – that just happens to have sentenced many opposition leaders to death, as the International Justice Resource Center notes.Finally, there has been concern regarding a lack of substantial trial evidence. The evidence needed to convict someone in the tribunal is less than that required as per national legal norms. This explains how, among other examples, someone could be convicted of a crime wherein the person was “not in the country at the time of the crimes he was accused of committing,” as The New York Times reported regarding a trial in November.Evidently, the situation of the ICT is worse than “we could do better” level: it is systematically corrupt. The killing of Motiur Rahman Nizami was not an isolated incident of one militia leader-turned-politician convicted of war crimes. This death sentence was, holistically speaking, a political opposition leader sentenced to death in a problematic tribunal by problematic judges, with nearly non-existent evidence, and in the face of resistance from the international community. This was a stone-cold vendetta led by Sheikh Hasina herself.

The author is a research associate at the Niyah Institute and vice president of the Organization for Faith, Wisdom and Peace centered in Halifax. He is active in research on several social sciences, with previous works including Reconstituting the Curriculum (with M.R. Islam & Gary Zatzman), True Islam, Jihad, and Terrorism, and works in law and philosophy.
Advertisement
Subscribe for our daily newsletter