This Normal Life: Land of cars and innovations

TODAY, SOME of the coolest car technology innovations are Israeli. 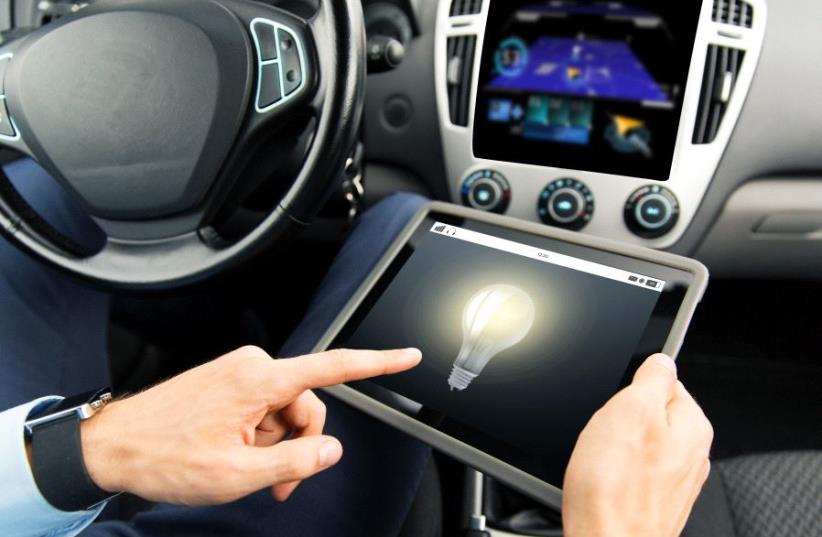 Cars innovation
(photo credit: INGIMAGE)
Advertisement
Investor Mike Granoff likes cars. As the head of Maniv Energy Capital, he was one of the first to put money into Better Place. Following the high-flying electric car startup’s collapse, Granoff turned his focus to the next big thing in transportation – the growing field of vehicle autonomy (i.e. driverless cars) and other ways to make driving safer and roads less congested.Speaking on a panel about “Transport Technology” earlier this month at the annual investor summit sponsored by equity crowdfunding firm OurCrowd, Granoff – who is originally from the US but has been living in Israel for the past four years – commented that when he was looking for companies to invest in for his newest fund, he hadn’t expected to find so much of what he needed right here in Israel.Indeed, Israel is not generally thought of as an automotive powerhouse. Israel’s only real car maker, Haifa-based Autocars, which manufactured the boxy Sussita and the sportier Sabra until the end of the 1970s, has long been defunct.But today, some of the coolest next-generation car technology is coming out of the Start-up Nation.Jerusalem’s Mobileye is the clear Israeli leader when it comes to powering self-driving cars. While a high-profile partnership with Tesla fell apart last year after the fatal crash of an autonomous vehicle (Tesla tried to blame Mobileye for the tragic accident), the company quickly inked a deal with BMW and says more are in the works.Other Israeli start-ups with innovative offerings for cars were on display at this year’s OurCrowd shindig. A common theme was improving safety in one way or another.Take distracted driving, for example. It’s not just a problem when you’re cradling a mobile phone on your shoulder or sneaking a peek at a text when your eyes should be on the road.Even hands-free conversations can cause problems. That’s made worse when you can’t hear what the other person is saying or they can’t understand you – a common occurrence with car speaker phones.VocalZoom’s technology dramatically improves sound quality by distinguishing between speech and background noise.The result, says VP of product Eitan David, is that “you can carry on a conversation even with the window open.”VocalZoom was accepted into Honda’s “Xcelerator” program and, while a development deal hasn’t been inked yet, Honda has been making invaluable introductions for the VocalZoom team.Argus Cyber Security tackles safety in a different way – the company specializes in preventing your car from being hacked.“We all want our cars to be fully connected,” explained the company’s CEO Ofer Ben-Noon – to the Internet, to GPS mapping, to cloud-based diagnostic systems. But that opens up the possibility of someone with ill intent taking control and, in a terrifying example, disabling your brakes on a hill. Argus works to prevent that. As autonomous driving goes mainstream, Ben-Noon pointed out, “the future will be less about traffic accidents and more about hacks.”Engie addresses a more prosaic safety concern: keeping your car’s engine in tip-top shape. All cars manufactured in the last decade have a computer port where your mechanic can attach a device that downloads data about the vehicle’s performance, Engie’s Harel Meshulam told me. How is your gas mileage? Is the engine running too hot? Will your car pass the air pollution test? Engie puts that power in the car owner’s hands by selling a NIS 100 device that you attach by yourself.Engie sends the data via Bluetooth to a mobile app on your smartphone, then suggests repair shops near you that have the best price and relevant experience. Engie says it can save drivers up to 35% on vehicle maintenance costs. A hundred thousand users and 200 mechanics are signed up so far in Israel. Investors include Waze co-founder Uri Levine.Sometimes the safety problem is not inside the car but with other drivers. How often have you wished you could send to the police a picture of a car parked illegally on the sidewalk or a video of that guy who cut across three lanes right in front of you and the cops could issue a ticket automatically? That’s what Capester does.The Capester mobile app records a specially encrypted video – one that can’t be doctored (“we do for videos what PDF did for documents,” CEO Ohad Maislish told me) – so that it can be used as legally binding evidence at city hall. Capester is piloting with a few municipalities in Israel and South America.It’s not just empowering for the user; cities like it too, as it results in more revenue (from tickets).If you’re going to be tooling around town in your cool new car, you’ve got to look the part.Israeli start-up pq has partnered with celebrated Israeli artist and industrial designer Ron Arad to make 3-D printed glasses. They not only look and feel great, but they are custom printed for each person, so they fit perfectly.pq plans to sells its face scanning system to opticians. The glasses are then “printed” at pq headquarters and mailed back complete with the lenses.I’m not sure pq improves road safety, but my wife, Jody, said I was rocking a bit of a Howard Hughes Aviator vibe when I tried on a pair of Ron Arad specs. Just what you need when talking on your VocalZoom-enabled phone, clicking videos of offending drivers, while secure against hacks – all thanks to Israel’s surprising car tech scene.
The author is a freelance writer who specializes in technology, start-ups and the entrepreneurs behind them. More at www.bluminteractivemedia.com
Advertisement
Subscribe for our daily newsletter