This Normal Life: ‘Trading down’ 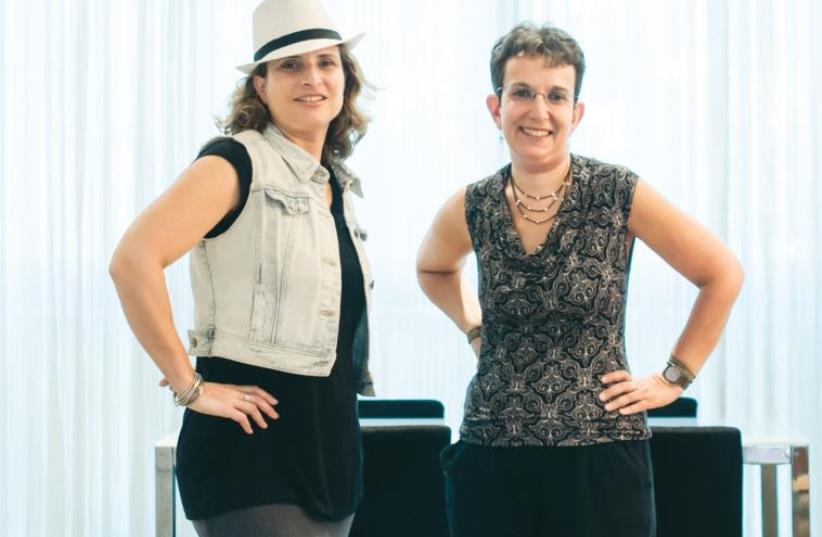 Eve Jacobs (left), with her business partner Nadia Levene, became an entrepreneur with Jerusalem Holiday Homes
(photo credit: YITZ WOOLF)
Advertisement
As I was researching “The ‘aliya premium’: How much more does it really cost to live in Israel?” (The Jerusalem Post Magazine, May 13), I quickly realized that the only fair way to deal with the wide variances in individual earnings and tax rates was to stick with official and presumably impartial government sources like the Israeli Central Bureau of Statistics or the US Census Bureau.But real life rarely conforms to the averages you get from published data, as the hundreds of messages I received on social media made abundantly clear.By focusing on “average household income,” my social media correspondents told me, I was missing out on the stories of the not-so-average families and individuals who chose to make aliya and who – except for a relatively small demographic of hi-tech workers able to transition into well compensated employment in Israel – more often than not “traded down” career-wise.Trading down happens in two ways.Either you earn significantly less after aliya (think of a doctor’s earnings in the old country vs in Israel) or you’re compelled to change careers entirely because the job you were doing isn’t available in Israel, requires language skills you’re missing, or entails a long and difficult process of certification.Eve Jacobs worked as an elementary school teacher in the UK, but says continuing in that field in Israel would have meant “retraining and living on very little pay” – a double whammy.“As a doctor, my Israeli salary is 10-20 percent of what it was, and the hours are 50 percent more,” one person wrote to me on Facebook.“Talented hard-working people in business or the legal field can earn much more in the US,” wrote another.This is not unique to Israel, of course.People changing countries everywhere tend to trade down, with the usual justification that “we’re doing it for the children.”“True, you’ll take a pay cut. But the trade-off is you belong. You are the landlord and not the tenant here,” wrote a Facebook friend.Why is it so hard for immigrants to make ends meet? “When you leave your country of origin, you leave the connections and the subtle cultural understandings that give you an economic advantage,” wrote Brett Batzofin.Rachel Selby echoed that insight. “In the US you are familiar with the system, you have a good education, you know the language with all the nuances, and you have family connections and a network of old friends.” You lose that edge when you move away.Rachel Berger, director of post-aliya and employment at Nefesh B’Nefesh, sees the glass more half full.“If you look around at the cities and neighborhoods where new immigrants have settled, you’ll see that people are not packing their bags and leaving,” Berger said. “People complain, but at the same time we are seeing a lot of growth and development.”Berger classifies those making aliya into two categories: “professionals who are passionate about their trade and want to continue in it, and those who – after taking the leap of aliya – also want to do a career leap and transition into something different.”I found that in my Facebook comments, too – a move beyond the negative toward reinvention. Many people were flourishing after making aliya. The common denominator: being an immigrant had pushed them to embrace change and often to find an entrepreneurial spirit they didn’t know they had.Jacobs, the schoolteacher from the UK, opened up Jerusalem Holiday Homes, which manages short-term holiday rentals. Business is booming.“There is no way I could have lived as a single mother in Jerusalem on a teacher’s wage,” Jacobs said. In a good month, she says, she is able to earn “more than three times as much as my previous salary.”Shira Gura trained in the US as an occupational therapist but took time off to raise her children. She started writing a blog about how to get “unstuck.”It caught on. Her first book is due out later this month and she has launched a business involving coaching, workshops and retreats.“I never would have dreamed I’d be an author, entrepreneur or anything other than a stay-at-home mom,” Gura said.“When I first made aliya in the 1970s I was a geneticist,” wrote Barak Tom Salakoff.He went back to university, got a degree in education, and has been “a teacher for over 40 years. Aliya was good for me in so many ways.”Then there’s Joel Haber, who worked as a screenwriter before moving to Israel.He knew he wouldn’t be able to continue in the same profession in English, so he retrained and became a tour guide here.“My career life is way better for me than it was when I was in the States,” he said, adding that being willing to switch careers to something “that is needed here or that better fits one’s skill set” ensures “much greater chances of finding professional success.”That might describe my own post-aliya career trajectory, as well. I worked in hi-tech for many years before transitioning to freelance writing. I’m much happier, even if my compensation has dropped.I often wonder, though: If I’d stayed in the US, would I have gotten bit by the same entrepreneurial bug? Or would I have stayed the hi-tech course? We can second-guess the choices we make forever. Still, for me – and apparently quite a few other immigrants – aliya has been anything but “trading down.”  The author is a freelance writer who specializes in technology, start-ups and the entrepreneurs behind them. More at www.bluminteractivemedia.com

Tags jobs in israel
Advertisement
Subscribe for our daily newsletter