Tourism in Israel relies on Christian pilgrims, who make up 53% of all annual visitors. 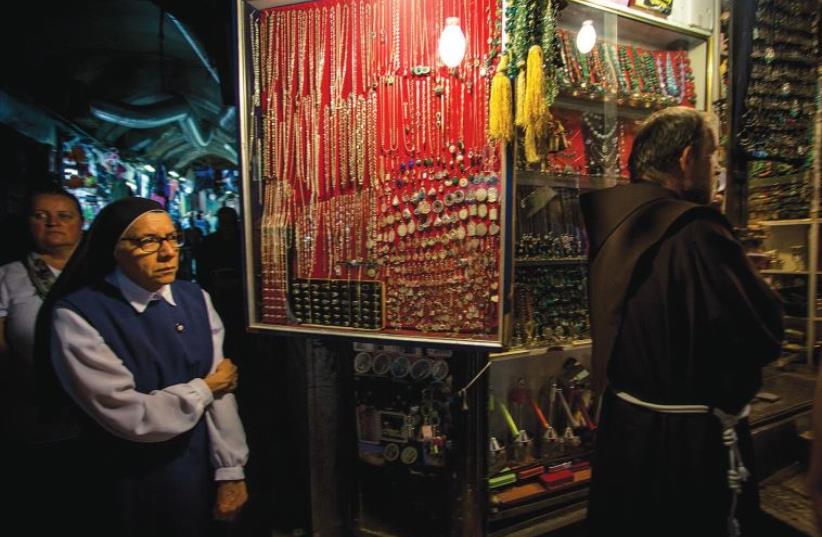 A nun and monk follow a group of Franciscan pilgrims touring the walk of Jesus, known as the Via Dolorosa, in Jerusalem’s Old City
(photo credit: MEREDITH HOLBROOK)
Advertisement
Tourism in Israel relies on Christian pilgrims, who make up 53 percent of all annual visitors. Over 3.5 million people obtained tourist visas to Israel in 2013, making it a record-breaking year, which brought in over NIS 40 billion. However, since Operation Protective Edge in the summer of 2014, tourism has dropped significantly – leaving Christian sites empty.Roughly 100,000 Israelis work in the tourism industry, a third of whom are employed in the hotel industry.Employees are struggling to survive due to mass Christian group cancellations. 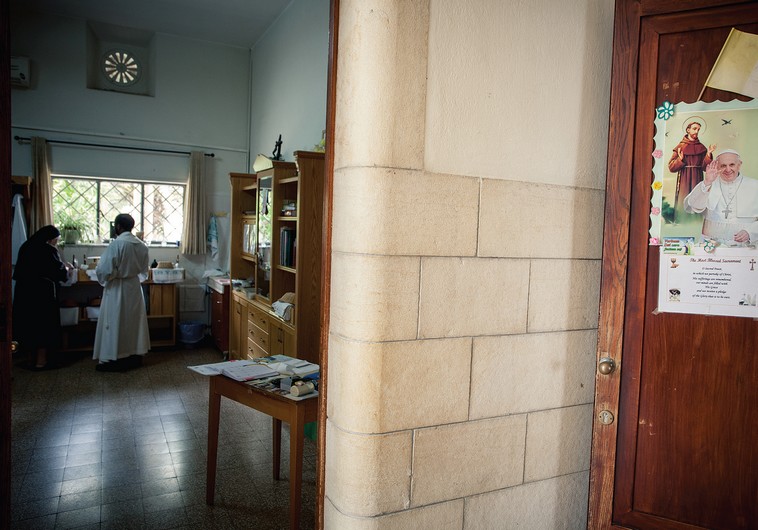 Franciscan pilgrims exit the Church of Beatitudes after mass and prayer.

Whether due to fear, the economy or simple loss of interest, tourism has seen a dramatic downfall.The Church of the Holy Sepulchre, Capernaum, the Church of Beatitudes, all see empty parking lots and gift shops on a daily basis – forcing some of them to close, such as the gift shop at the Jesus Boat Museum in Tiberius.The streets of Jerusalem and the Old City seem spacious since the 50-day light show with Gaza. This is not the first time the State of Israel has seen war affect tourism – but the question still remains as to when it will pick up again. And today the lack of tourism is affecting retail, restaurants, and bars much more than in years past.
The Roman Catholic Church of Beatitudes, located in the Galilee, is where Christian’s believe Jesus had conducted his famous Sermon on the Mount.

Although Operation Protective Edge ended almost 10 months ago, Israel is still feeling the effects. Life goes on, most sirens are drills and tourism is most likely to resume in December when pilgrims flock to the Holy Land. Christians come together: Catholics (a fourth of all visitors to Israel), Pentecost and Orthodox alike align to make Israel prosper.www.meredithholbrook.com
Advertisement
Subscribe for our daily newsletter