We were given the Torah, but have we received it? 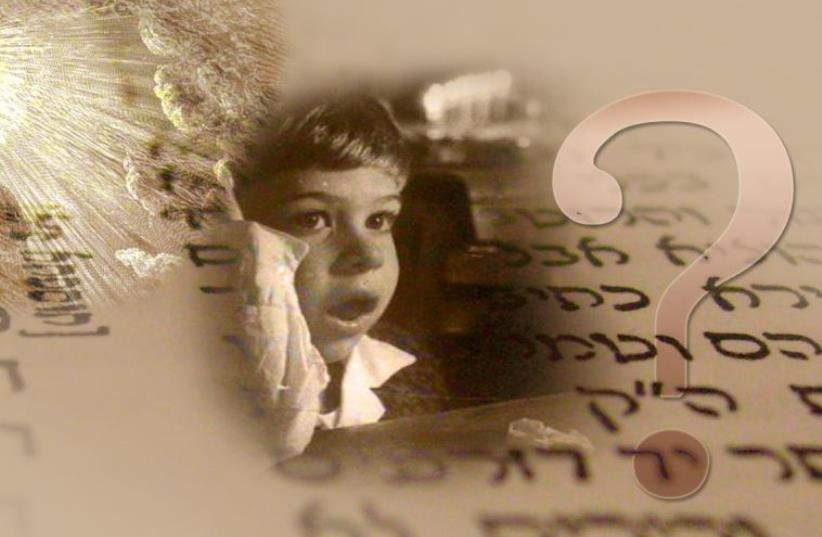 Jewish calendar 2016
(photo credit: DIMA DOROSHEVICH)
Advertisement
This Saturday night will be the night of Shavuot, the Feast of Weeks. For the observing among us, the highlight of the night will be the all night Torah study, or in my case, Kabbalah study. The following day we will indulge in blintzes and cheesecake, and that will pretty much sum up the holiday.But is this all that Shavuot is about? It’s great to know How To Make the Ultimate Blintzes, but if we consider this the pinnacle of the celebration of the holiday then we are missing out on the real meaning of the giving of the Torah and how it can help us here and now.The Torah—the Law of Unity

The Torah was given at the foot of Mt. Sinai, from the word, sinaa [hatred]. However, it was given only after our forefathers and foremothers transcended their hatred, united, and stood at the foot of the mountain “as one man with one heart.” That event was the birth of our nation.Since then, our sages tell us, we have been obliged to receive the Torah each and every day using the exact same method of transcending our egos. King Solomon phrased this principle accurately and succinctly when he wrote (Proverbs 10:12), “Hatred stirs up strife, but love covers all crimes.”There is a good reason why unity, specifically atop conflicts, is so key to our peoplehood. We are all born egoists, selfish to the core. And if we forget, the Torah reminds us that “the inclination of a man’s heart is evil from his youth” (Genesis 8:21). But it is only man’s heart that is evil. The rest of nature runs its course smoothly and peacefully in balanced harmony.In all of history, only Abraham had found a way to balance our selfishness with kindness and mercy. His descendants developed his legacy into a method suitable for the masses, and those who implemented it among them became “the people of Israel.” While the rest of the world remained in “survival of the fittest” mode, the ancient Hebrews built a society that was just, moral, merciful, and where each member prospered by contributing to the common good. The Torah they received at the foot of Mt. Sinaa was the power to overcome the ego through unity and build a balanced society, where the evil inclination does not reign.

From Altruists to NarcissistsTo this day, the ancient society of the Hebrews serves as a model of justice and humanism. Even the devout anti-Semite, Henry Ford, pointed this out when he wanted to denounce the conduct of contemporary Jews. In his infamous composition, The International Jew—The World's Foremost Problem, he shared some very surprising observations about Jews. In one of them, Ford stated, “Modern reformers, who are constructing model social systems on paper, would do well to look into the social system under which the early Jews were organized.”But once we surrendered to unfounded hatred, we also surrendered the land of Israel to nations who extolled the values we have now adopted. Gradually, the true meaning of the Torah was all but forgotten and it became what most of us consider it to be: a book, and a set of dos and don’ts. Pnimiut hatorah [the internality of the Torah], its power to raise us above hatred and unite us, and thereby create a robust society, has virtually vanished from our people. We have become engrossed in hedonism, narcissism, and worst of all, in separation from one another. The Torah may have been given to us, but we have forgotten how to receive it, and what it is for!

No Light unto Nations

The nations, which took over our land, also took over our hearts. Instead of aspiring to be “a light unto nations,” a beacon of hope against egoism, we have adopted the values of the Romans and let self-centeredness and individualism take over. We thought that through democracy and liberalism we would be able to contain the human ego, but the growing injustice and inequality in our societies indicate that we need a more potent remedy than a new president or prime minister.The world is blaming us for its woes not because we are doing something bad intentionally. It is blaming us because we are not doing what we are supposed to do, which is to reinstate the method of uniting above egoism.It is true that every two Jews have three opinions, but it is also true that diversity strengthens rather than weakens, provided everyone contributes their personal perspective to the common good. Our ancestors valued unity so much that they made it the core tenet of Judaism. “Love your neighbor as yourself” became the all-inclusive law of our people, and as long as we were able to maintain even a sliver of it, we were able to maintain our nationhood. And once we succumbed to Hellenism, we have become Hellenists.As such, the world has no use for us. It needs us only if we know what it really means to receive the Torah and conduct ourselves accordingly. Only if we take our egoistic discord and rise above it, not suppress it, but rise above our differences by using them as a lever for even stronger unity, only then will we merit the title, “the people of Israel,” and the world will know why we are here.Until we do so, the world will continue to blame us for every war and struggle because without a method for connection, the inevitable result is war. When Prof. of Quranic studies, Imad Hamato, states, “Even when fish fight in the sea, the Jews are behind it,” it is not merely propaganda. When a drunken Mel Gibson hurls at a police officer, “The Jews are responsible for all the wars in the world,” he really means it. We should not make allowances for ourselves and think that anti-Semites are uneducated people. Some of the most educated people in history were nonetheless zealous anti-Semites who believed that we are at fault for everything that is wrong with the world.Receiving the TorahTo really celebrate the holiday of Shavuot we must not only celebrate the giving of the Torah. We must embrace its innermost message of unity, and rise above our differences. Only then our Torah will be as its name implies—light, the light of unity.Everyone needs unity. But only we, if we so choose, can instill it among us in order to pass it on. On Shavuot, the dairy foods we eat symbolize mercy. If we nurture this quality among us and reinstate our tenet to love our neighbors as ourselves so as to share it with the world, we will be granted with the nations’ favor because they will benefit from our work.Let us think about these messages as we gather together this Shavuot, and may we celebrate next Shavuot as one united nation.Michael Laitman, a Professor of Ontology, a PhD in Philosophy and Kabbalah, and an MSc in Medical Bio-Cybernetics, was the prime disciple of Kabbalist, Rav Baruch Shalom Ashlag (the RABASH). He has written over 40 books, translated into dozens of languages, and is a sought after speaker.