BDS activists are acutely aware that their bizarre fetish for Israel will be tolerated only if it remains possible to convince the mainstream Left that it is not anti-Semitic. 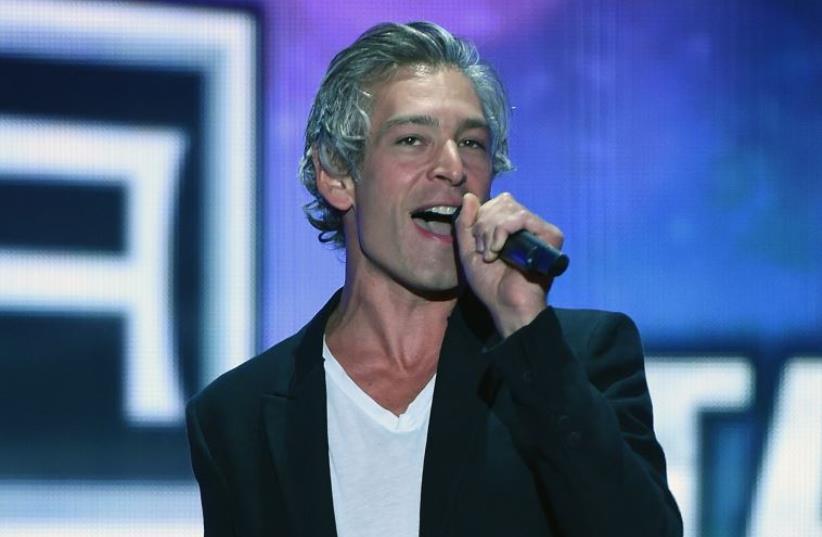 Matisyahu
(photo credit: ETHAN MILLER / GETTY IMAGES NORTH AMERICA / AFP)
Advertisement
The righteous uproar over the Matisyahu fiasco has fled as quickly as it came. Disquieting and galling as it was, we really ought to celebrate: it is one of the few victories we’ve had in a bad streak of stinging defeats. The cherry on top is that we didn’t even have to work so hard. It was handed to us on a silver platter. The Boycott, Divestment and Sanctions (BDS) movement overplayed its hand.Looking back, the whole episode seems dryly amusing.Spain’s BDS coterie should have known better, really. Discretion is the better part of valor. It was entirely predictable that openly discriminating against an American Jew would not fly in front of the broader public. Such garish anti-Semitism might cut it in certain benighted precincts, but was bound to get the cold shoulder from ordinary concert-goers and the political elite. Who could have expected a proud Jewish artist like Matisyahu to abase himself so meekly as to submit to a McCarthyite political test? So no surprises there.BDS activists are acutely aware that their bizarre fetish for Israel will be tolerated only if it remains possible to convince the mainstream Left that it is not anti-Semitic.BDS has loitered in the sordid shadows of some academic associations for 15 years now, and it’s on us to admit: it’s done a damn good job at branding itself.From diligently quashing the classical anti-Semitism within its own ranks to locating the most abject Jewish fig leafs, it has impressively managed to persuade many moderate liberals that it is a regular social justice outfit.There have been relatively few slips where BDS has resorted to classical anti-Semitic tropes.But at long last, cracks are starting to appear. They are small at first, but the fissures deepen with time. They are inevitable. A movement grounded in a sanitized but no less noxious strain of anti-Semitism will not forever be constrained by its desire for social respectability.To rehash it for the millionth time, the problem with BDS is that it is fundamentally opposed to the concept of Jewish self-determination in any part of Israel. There is no sense in which this opposition is not anti-Semitic, even if classical anti-Semitism is not manifest. The problem with BDS is the philosophy, not packaging.Knowing this, BDS activists are meticulously careful to couch their objections in terms of racism or imperialism, but every so often they mess up, and traditional anti-Semitism seeps out.The two most disastrous of these missteps were the Rachel Beyda scandal earlier this year, and the Matisyahu mishap as of late.Earlier this year at UCLA, Jewish sophomore Rachel Beyda was initially denied a seat on a student judicial board after some student council members fretted that she might be pro-Israel; the vote was only reversed at the prodding of a distressed faculty member. Now come Spanish BDS activists to make clear: the target is not just Israel, but Jews who publicly identify with it.Honesty of any sort is refreshing.Both episodes show that BDS is getting bolder and less restrained. As the police would say, it’s escalating.No longer can it be sated by neutered divestment resolutions or ill-conceived musical cancellations. BDS is racing quickly toward a boycott not only of the Jewish state itself, but of its supporters as well.That Diaspora Jews are the Jewish state’s most committed allies is not an awkward coincidence, but the most natural expression of the Jewish people’s profound affection for its motherland. Boycotting half of the world’s Jews will inevitably lead to isolating and discriminating against the other half. If only this were idle speculation; it’s not. In London last year, a theater initially refused to host a Jewish film event that was partially sponsored by the Israeli embassy. Diaspora Jews must take action against this baleful phenomenon of labor unions, artists and authors, politicians and other unsuspecting groups taking up arms for BDS. We must explain that boycotting Israel’s Jews – a grave moral obscenity in itself – cannot help but also discriminate against non-Israeli Jews.That is what is so delectable about this latest botch.What transpired in La Furia Rojathis week was not a tactical miscalculation or innocent error, but a Freudian slip of profound dimensions. The cat is emerging from the bag. We must do all we can to draw it out.As BDS grows more brazen, it also grows more vulnerable.It becomes harder to whitewash as legitimate political disaffection or traditional leftist activism. We protest loudly that BDS is anti-Semitic, but more often than not our pleas are not heeded. We are accused of pulling a cynical trump card to shield Israel from fair censure. Often, we stand naked and can’t make our case. The link just seems too attenuated for most people to grasp. But now, BDS is helping us with some of the hard work. That’s why for all our anger, we really should thank them for uninviting Matisyahu.
The author did a gap year in Israel last year, where he attended Yeshivat Eretz HaTzvi and participated in the JCPA Fellowship in Israel-Arab Studies. He is starting at Brown University this fall.