Bill Clinton places a note in the Western Wall 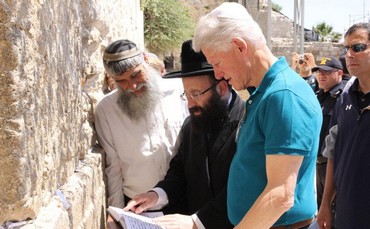 The former president also visited the Western Wall tunnels and emphasized his admiration at the continued discoveries of Jerusalem's past."I really love this place," Clinton said. "Here we see life in Jerusalem at different times. Here there are layers of different periods, one on top of the other, each one representing a world of life."At the end of his tour of the site, Clinton wrote in the visitors' book where he expressed his appreciation and gratitude for "an amazing visit to a place that open ones eyes."Clinton is in Israel for President Shimon Peres' annual Facing Tomorrow conference in Jerusalem.On Tuesday morning, Clinton met with Finance Minister Yair Lapid in Jerusalem. The pair discussed the budget formulated by Lapid, which Clinton said would result in renewed growth of the Israeli economy. 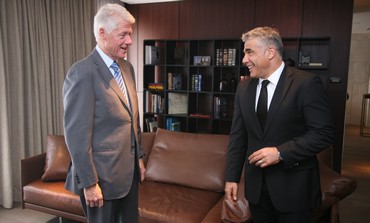 The two also discussed the stagnant Israeli-Palestinian peace process and the importance of re-launching it in creative ways.