Netanyahu to US: 'Veto UN resolution on settlements'

Egypt circulated a copy of the resolution, calling on Israel to "immediately and completely cease all settlement activities." 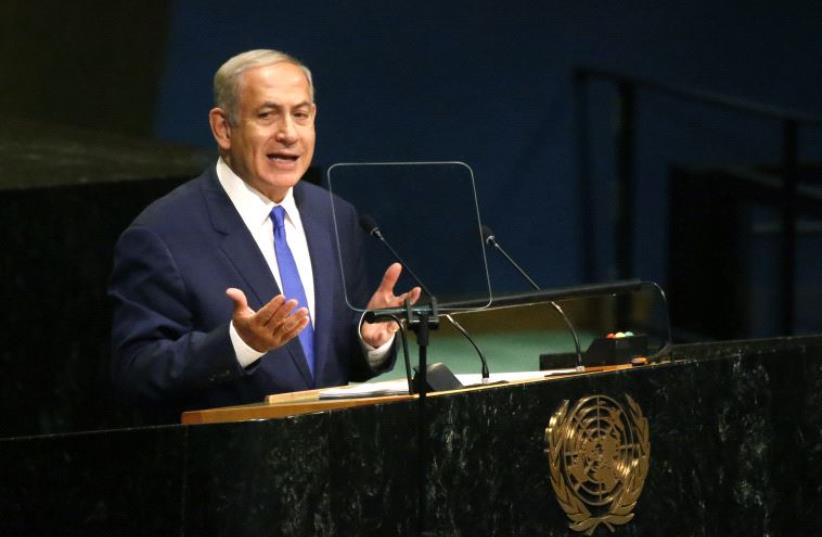 The US should veto the anti-Israel resolution at the UN Security Council on Thursday.
— Benjamin Netanyahu (@netanyahu) December 22, 2016


The Security Council is due to vote on the draft of the resolution that would demand that Israel "immediately and completely cease all settlement activities in the occupied Palestinian territory, including east Jerusalem." Egypt circulated the draft on Wednesday evening, diplomats said. It was unclear how the United States, which has traditionally protected Israel from UN action, would vote. A White House official declined comment.In a statement early on Thursday morning, Israeli Ambassador to the UN Danny Danon criticized the resolution, especially in light of conflicts in the region. "It is bizarre that while thousands are being slaughtered in Syria," he wrote, "the Security Council dedicates time specifically to discuss the condemnation of the sole democracy in the Middle East [Israel]."
Netanyahu: The government supports the settlements in any time
"We expect our greatest ally to not let this one-sided and anti-Israel resolution pass through," he added. The resolution, a draft of which was seen by The Jerusalem Post on December 11,was said to be similar to an anti-settlement resolution that outgoing President Barack Obama vetoed in 2011. It reaffirmed that “all Israeli settlement activities in the Occupied Palestinian Territory, including east Jerusalem, are illegal under international law and constitute a major obstacle to the achievement of peace on the basis of the two-state solution.”The draft says that continuing settlement activities “are dangerously imperiling the viability of the two-state solution based on the 1967 borders [sic],” and says that the cessation of all settlement activity “is essential for salvaging” the two-state solution.The Palestinian draft is not the only one circulating among delegations at the UN. New Zealand – which is set to finish its two-year rotating stint on the Security Council at the end of the month – is circulating a draft resolution of its own.This draft, also seen by the Post, declared that the two-state solution is the “only way to achieve an enduring peace that meets Israeli security needs and Palestinian aspirations for statehood and sovereignty, ends the occupation that began in 1967 and resolves all permanent status issues.”This resolution calls for a “firm timetable” for an early return to negotiations, and for refraining from setting “preconditions for the resumption” of talks. Likewise, it calls for a “cessation of Israeli settlement activity” as well as “active and sustained Palestinian leadership to deter incitement to violence against Israeli civilians.”Herb Keinon contributed to this report.