In Our Hands: The Battle for Jerusalem has reached Jerusalem's cinematheque for an exciting Israeli premiere. 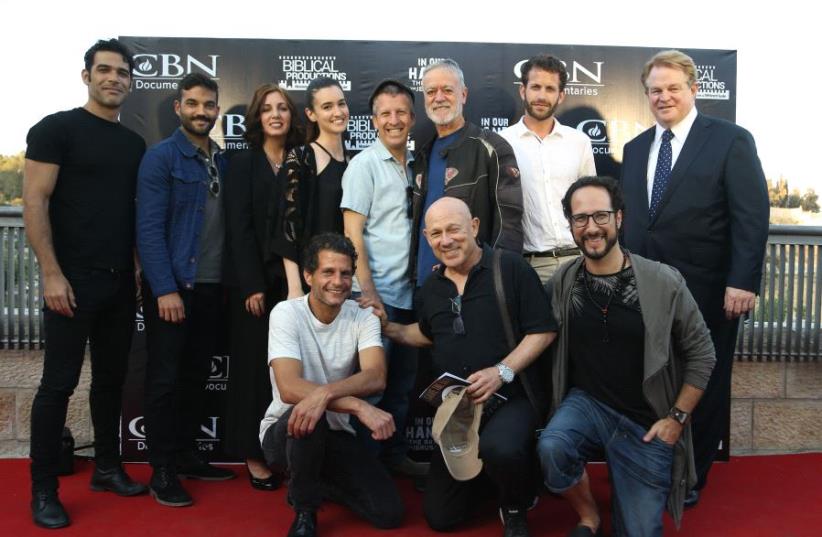 CBN CEO Gordon Robertson (far right, back row) and director Erin ZImmerman (third from left, back row) poses with cast and crew members of the network's docudrama, In Our Hands, which was screened in Jerusalem on Sunday.
(photo credit: ISAAC E. GWIN CBN)
Advertisement
The Christian Broadcasting Network-produced docudrama, In Our Hands: The Battle for Jerusalem, was screened at the Jerusalem Cinematheque Sunday evening. The film - which grossed $1.6 million in its single night showing across the United States - tells the story of the 55th Paratrooper Brigade's battle to capture Jerusalem during the Six Day War. The festive event included veterans of the war and members of the production. Specifically, its director Erin Zimmerman and CBN CEO Gordon Robertson attended along with Israeli actors Sharon Friedman and Rami Baruch, who played Mordechai "Motta" Gur and Moshe Dayan respectively.An encore presentation across the United States will take place on June 6. For more information, please visit www.inourhands1967.com.