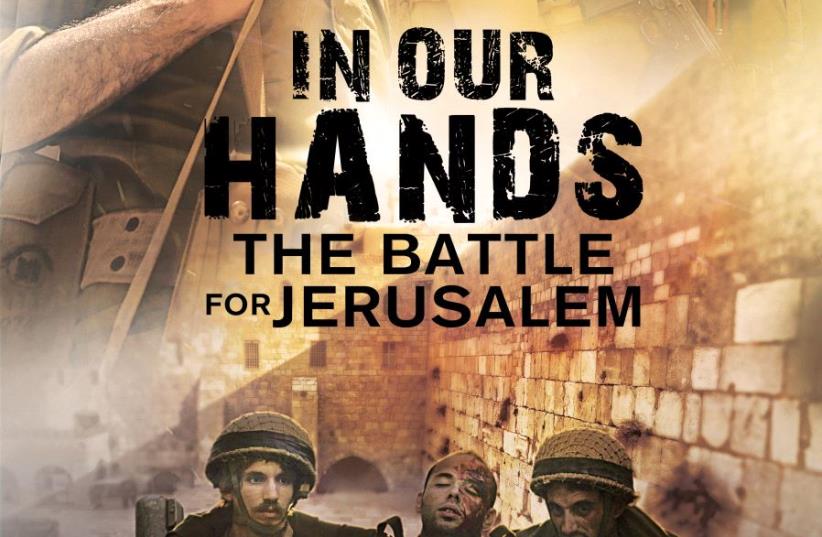 'In Our Hands' Poster
(photo credit: CBN)
Advertisement
The Christian Broadcasting Network docudrama about the Six Day War was a resounding success that generated $1.6 million in its single day of release across US theaters last week.The film, In Our Hands: The Battle for Jerusalem follows the 55th paratrooper brigade responsible for liberating Jerusalem from Jordanian control.As a result, the film's success, its distributor Fathom Events, will show two more encore presentations in American on June 1 and 6. On June 4, the film will have a special screening at the Jerusalem Cinematheque where filmmakers, actors and veterans will be in attendance.With first-hand interviews and historical reenactments, this exclusive docudrama focuses on the soldiers who fought for Jerusalem and announced to the world, “The Temple Mount is in our hands.”The 17-day shoot in Israel last summer was carried out after intensive research: diaries, radio broadcasts, interviews with experts (such as Kulanu MK and historian Michael Oren) and, of course, with the veterans themselves were all used to make the story come alive.