A Symphonic Miracle in Jerusalem, Just In Time For Hanukkah

This December, while commemorating the miracles of Hanukkah, the Jerusalem Symphony Orchestra (JSO) would also reflect on the miracles that have happened to them during the year of 2020.

By LEO GIOSUÈ
Jerusalem Symphony Orchestra
(photo credit: DAVID VINOKUR)
Advertisement
A year ago, the JSO Board approved a new strategy, which included an ambitious expansion and the creation of an international fundraising program. After the dissolution of the Israeli Broadcasting Authority in 2017, the loss of funding has been an imminent threat to the organization's existence – therefore, the new plan was a real breath of fresh air for everyone inside and outside the organization. Moreover, the appointments of the new Music Director Steven Sloane and the new CEO Ofer Amsalem generated a lot of hope and excitement.

The work on the fundraising campaign began in January, but came to a sudden halt in just two months, when the world was taken over by the COVID-19 pandemic. But the orchestra decided to take its chances. “At first, it seemed like a crazy idea – to keep expanding the operations and building a new fundraising program during a global crisis,” says Ofer Amsalem, the CEO of the JSO. “But we have continued planting the seeds, hoping that one day they will grow – and we are seeing the results of our work already.” The JSO Foundation – an international fundraising program – was created despite the pandemic, and attracted attention from donors, sponsors, and foundations from Israel, The Americas, and Europe. Starting November 30th, the JSO Foundation is launching a new website, as well as a fundraising appeal to its supporters in Israel and abroad – and it is very symbolic for the JSO to be launching this new initiative just in time for Hanukkah.

Steven Sloane Music Director (photo credit: The Jerusalem Symphony Orchestra)
The ‘Light the Candles’ campaign aims to raise $80,000 ($10,000 for each day of Hanukkah), and will last until December 15th, when it would culminate in a candle-lighting ceremony during a special Hanukkah concert. Each gift over $1,000 would receive a personalized Thank You video message from the JSO musicians. To date, the campaign has reached 35% of its goal. For more information, please visit www.jso-foundation.com

​According to Mr. Amsalem, thanks to the hard and relentless work of the musicians and staff, 2020 ended up being a year of miracles for the JSO, which is much stronger now than it was before the pandemic. “Instead of giving up, we have capitalized on every opportunity we could find. Moreover, we even viewed our problems as opportunities – and capitalized on them as well”. What is truly remarkable is that over the last eight months, while many performing arts institutions worldwide have been forced to shut down, the JSO had experienced an unprecedented growth, as musicians pre-recorded multiple concerts in order to keep the broadcasting uninterrupted during the lockdowns; live music performances were organized at various locations across the city; the “Quarantine Stars” online competition was launched for the aspiring singers stranded at home, several international tours have been planned for the future years; the orchestra was featured in three festivals, announced a new season, formed new partnerships, and even recorded the National Anthem of the United Arab Emirates to celebrate the Abraham Accords Peace Agreement.

Steven Sloane, the Music Director of the JSO, has no doubts that the organization would brave the current storm: “It is a tremendous privilege for me to work with the Jerusalem Symphony Orchestra’s exceptional musicians and a dedicated administrative team. Driven by the common vision, we look forward to transforming this invaluable cultural jewel into Israel’s most vibrant arts organization.”

Moshe Lion, the Mayor of Jerusalem, has welcomed the news about the JSO’s impressive turnaround: “On behalf of the City Hall, I would like to congratulate the Symphony team on their success, and wish them to prosper in the near future. The JSO is one of Jerusalem’s most valued cultural treasures, a musical bridge for our diverse population, and our city’s cultural ambassador to the world – we want them to succeed, and support their aspirations.” 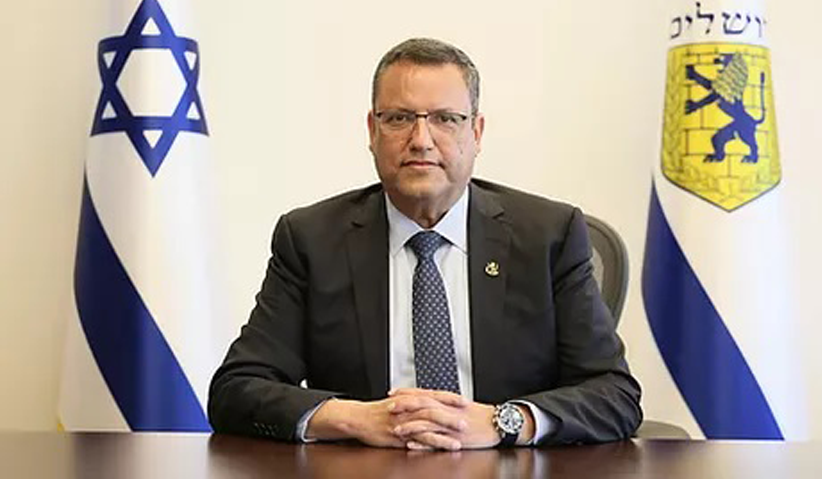 As previously mentioned, the Jerusalem Symphony invites everyone to a festive online performance on December 15th at 21:00 IST / 14:00 EST / 11:00 PST. The event will be aired on the JSO’s Facebook and YouTube channels, and will bring light and joy to the hearts of audience members worldwide through a fusion of traditional, classical, Ashkenazi, and Sephardic music.