Leadership at its finest in Reichman University

The Argov Fellows Program in Leadership and Diplomacy, named after Ambassador Shlomo Argov z"l, seeks to prepare around 20 exceptional Reichman University students in their final year of B.A studies for future leadership positions in Israel and in the Jewish world.

Founded by Gideon Argov in honor of his late father, who was a senior Israeli diplomat and the Israeli Ambassador to the UK, when in 1982, was shot by Palestinian terrorists, an injury that left him paralyzed for the rest of his life. Argov's assassination attempt prompted the events in Lebanon and the beginning of the 1982 Lebanon war. Argov z"l, saw it as a mission to cultivate new generations of innovative leaders in the public sector, the challenging year-long program seeks to help the students acquire the knowledge, tools, skills and critical thinking abilities necessary for working towards meeting the many challenges that Israel faces in today’s complex global environment. The Argov Fellows Program ambitiously aims to create a cadre of uniquely capable and trained professionals capable of addressing the many challenges facing Israel in a rapidly changing world.

The program's inception in 2006, was warmly welcomed by Founding President and Chairman of the Board of Directors, Prof.  Uriel Reichman and Jonathan Davis, VP of External Relations and Head of the Raphael Recanati International School. According to Davis, "we are so proud that we have a program of such a caliber at our university. It is a great source of joy for us that these students come from all areas of life, excel, and continue to be ambassadors to our university and the state of Israel".

Since 2006, a great number of the program’s graduates have achieved prestigious milestones; the program has produced two Rhodes Scholars, a Schwartzman Scholar, a Yenching Scholar, as well as numerous Fulbright and Chevening Scholars. Moreover, Argov graduate Asaf Tzachor is a Reichman University faculty member in the Sustainability School.

One of the most prestigious scholarships in the academic world has been awarded to two Argov students. The Rhodes Scholarship is an international postgraduate award for students to study at the University of Oxford. Argov Fellows Program alumna Eden Amare Yitbarek (2020) was Reichman University’s first student to ever become a Rhodes Scholar and is now pursuing an MSc in Evidence-Based Social Intervention and Policy at Oxford University, where she also works as a researcher. Yitbarek is of Ethiopian background and was an Israel at-Heart fellow during her studies at Reichman University.

Reichman University’s second Rhodes Scholar, who is also an Argov Fellows alumna, is Eden Raviv (2021). Raviv graduated in 2021 and is currently pursuing an MPhil in International Relations, at Oxford University. Raviv is also a founding member of ScholarsIL, a non-profit organization that aims to make information about scholarships and other educational opportunities abroad more accessible to all Israelis. 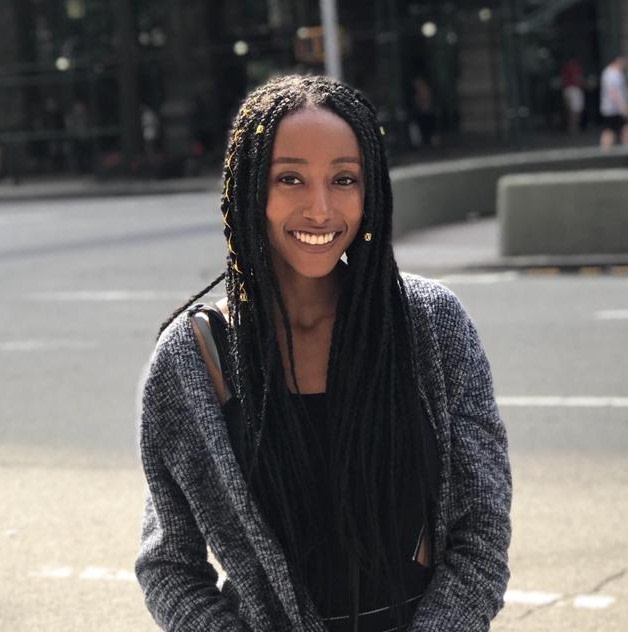 Another academic achievement was made by Argov Fellow alumna Keren Guttman (2019), who recently came back to Israel after completing her Master’s in Management in Science and Global Affairs from Tsinghua University, China, after being selected to become a Schwarzman Scholar.

Schwarzman Scholars is a highly selective, one-year master’s program at Tsinghua University in Beijing, which is one of China’s most prestigious universities. The program is designed to prepare the next generation of global leaders for the challenges of the future, by giving them a better understanding of the new geopolitical landscape.

According to Guttman, “Argov helped me in many different ways. Our day trips to the different Israeli sectors where we met members from the Haredi community, the many different communities in the southern part of Israel, like the farmers on the border with Gaza, the Bedouins, and the complexity of their lives. The study tours helped me to better understand different aspects of Israel, which helped me explain the diversity of Israel in my Schwartzman Scholars application. In addition, the exposure to China, through the program. During the year, we were exposed to the history, culture, political structure, and most of all, how ancient the Chinese civilization was compared to where they are today – the second biggest economy in the world. This class pushed me to fly to China after graduation, to fall in love with the country”.

According to Guttman, the push and support of Dr. Rubin, the founding academic director of Argov Fellows Program and a senior lecturer in Reichman University’s Lauder School of Government, Diplomacy and Strategy, helped her choose the right place for her M.A, which brought her to apply for the Schwarzman Scholars. Her focus during her studies in China was the Chinese economy and economic development. Now, two months after coming back, she wants to help Israel expand and further develop the relations with East Asia - China, Hong Kong, Japan, etc., in sectors such as trade and hi-tech.

Alumni of the Argov Fellows program can be found in the diplomatic sphere as well, where they serve in Israeli embassies around the world as well as the UN. One alumnus is Dr. Daniel Aschheim (2013), who serves as the Deputy Consul General to the Midwest. This role is his second as an Israeli diplomat, after having served as the Deputy Chief of Mission at the Israeli Embassy in Senegal. Dr. Aschheim completed his B.A (cum laude) in Government, Diplomacy and Strategy, during which he interned at the Israeli parliament (the Knesset) and at the British Embassy. “The Argov Fellowship was my door opener to the diplomatic world. It is a unique opportunity to engage with amazing people who come from diverse backgrounds. Not only did I expand my theoretical knowledge - there is no equivalent to this immersive learning experience. No doubt, Argov helped shape my diplomatic career in numerous ways”.

According to Dr. Alisa Rubin, “We are very proud of our more than 350 graduates (50% of whom are women). They can be found all over the world leading change and bringing innovation in a wide range of fields and helping to ensure a better future for Israel and the Jewish people. Whether they are founding start-ups, pursuing military careers, heading NGOs, or holding leading positions in Israel’s public sector, they all share a desire to improve our collective future. We thank Gideon Argov for founding this unique program which enables us to give cutting-edge education to Reichman University’s most highly motivated students who are committed to leading change.”