“After two years of pandemics, wars, continuing terror attacks, and natural disasters, it is time to appreciate life and come together as a community,” said President and Founder of United Hatzalah Eli Beer, earlier this year. Beer made his comments during a meeting discussing whether or not to hold the annual United Hatzalah concert in Jerusalem as the organization had done for years prior to the onset of Covid-19. There was a lot of skepticism as some felt that with the ongoing war in Ukraine, and the threat of covid still lurking, it may not be the right time to hold a festive celebration of this magnitude. Beer however persevered.

“We need to send a message to our friends, our families, our supporters, that life is a fragile thing and we need to make every second count.,” Beer who almost lost his life to Covid in March 2020 insisted. “We can’t wait for another year to celebrate with those who have shown us so much generosity and so much support over these past two crazy years, we need to have the concert once again.”

Thus, the decision was made to renew the tradition and bring some of the most talented performers in Jewish music back to Jerusalem on Chol Hamoed Sukkot, and this being in spite of the organization still having teams on the ground in Ukraine and relief teams who recently went to Puerto Rico and Florida in response to the hurricanes that devasted large area in both of those locations.

The last Sukkot concert that United Hatzalah held took place three years ago in 2019 and featured Avraham Fried and Mordechai Shapiro as headliners. “We wanted to start off the concert right and therefore we are bringing back both Avraham and Mordechai because they are such supporters of our mission and they were the performers during the last concert we had,” Beer explained.  “We wanted to begin once more right where we left off. The fact that they are still two of the most popular names in Jewish Music and that the crowds love them doesn’t hurt either.” 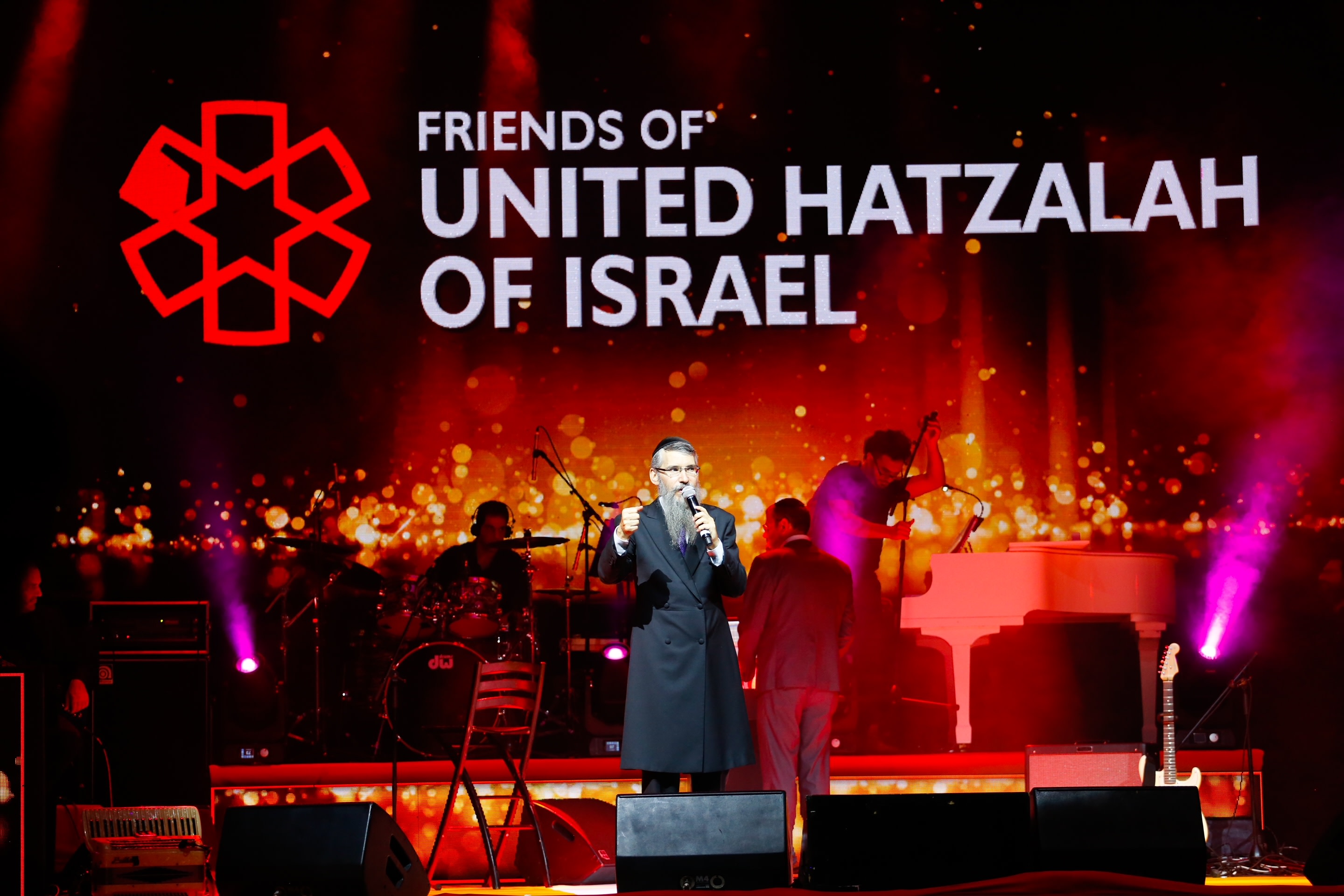 In order to give a fresh vibe to the concert this time around, the organization invited famed mentalist Lior Suchard to perform as well. Beer added, “It will be a mix of magic and music making it a truly special evening, one in which we celebrate being together once again and making every moment that we can share with one another truly count.”

Fried, Shapiro, and Suchard, all came to Jerusalem ahead of the concert and did promo videos to show their support for the organization and its life-saving mission. Both Suchard and Fried promised that the show will “Blow your mind.” Suchard said, “I want to invite you to come to take part in United Hatzlah’s lifesaving mission at the concert featuring Avraham Fried and Mordechai Shapiro,” said Suchard. “I’m excited that I get to be a part of this mission, and I want you all to be a part of the exciting and incredible show that we have planned for you.” Avraham Fried added, “I’m trying to help save lives with United Hatzalah and I encourage you to do the same. Come to the concert and please join us to help save more lives by coming, singing and dancing, and really making it count.”

The concert will be taking place on Thursday, October 13th, Chol Hamoed Pesach, at the International Convention Center (Binyanei Ha’Umah) in Jerusalem. Doors open at 18:30 and the concert is set to begin at 19:30.

For tickets: Concert in Israel

This article was written in cooperation with United Hatzalah