“One needs to be a professional to create a building project,” says Haim Zicherman, head of the School of Real Estate at Ono Academic College. Four years ago, Zicherman, who also serves as a senior lecturer in Ono’s law school, was appointed as head of the School of Real Estate, with the goal of turning the field of real estate into a subject that can be taught and studied as an academic profession, with the goal of creating trained professionals in the field.

In twenty-five years, Ono Academic College has grown from a single trailer accommodating 100 students with programs in law and business into Israel’s largest private college, numbering more than 18,000 students studying at five campuses nationwide – Kiryat Ono, Jerusalem, Haifa, Netanya, and Or Yehuda. The school serves different populations in Israel who have not pursued higher education in large numbers – specifically, members of Israel’s haredi and Arab populations. “We are trying to provide the opportunity for everyone to join the academic world,” says Zicherman.

The School of Real Estate is the first school of its kind in Israel and offers both undergraduate and graduate degree programs. The Bachelor’s degree program in business administration specializing in real estate and infrastructure teaches real estate appraisal, property management, entrepreneurship and marketing, and construction management. With the rapid increase in construction in Israel, Zicherman says that the field of construction and building management is understaffed. “By law, only one supervisor can supervise one project at a time. Israel will need more supervisors.” 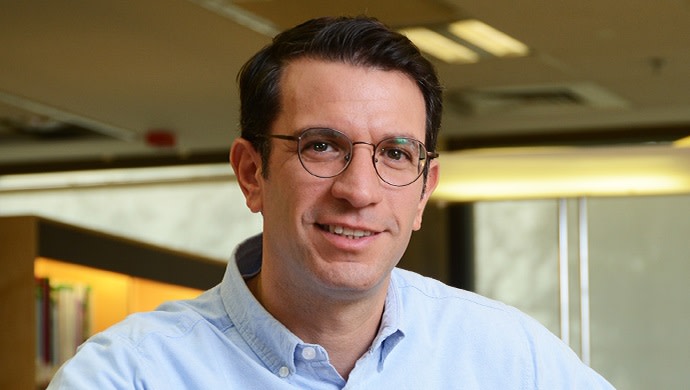 “The construction industry is at a crossroads,” he says. Zicherman explains that for the most part, while technology has revolutionized many fields, the construction industry has not progressed technologically, and many tasks are being performed in the same fashion that they have been done for many years. Zicherman says that technology is set to make a major impact in the industry in the next few years. “In ten years, project managers will be working with robots, who will be doing much of the work. The supervisors of tomorrow will need to know much more. Even today, many cranes are operated by machines.” Zicherman says that there is great value in having professionally trained, academically educated real estate personnel. “When we put more professionalism into the building industry, we will save lives, time, and money.”

Creating a building project from start to finish takes ninety-four separate steps, says Zicherman. “It is very complicated, and each step along the way, from the beginning until the end, requires expertise. You have to understand the flow, and most people do not know it.” Zicherman adds that an academic program in real estate makes learning and knowledge of the field more orderly and understandable and provides students with a framework to grow and advance in their profession.

Haim Zicherman explains that a more professional approach to real estate is crucial for the State of Israel in the years to come. “The real estate market is the engine of the Israeli economy,” he says. “Israel is the only country in the western world that is doubling its population every thirty years. In the next two decades, we need to build apartments, hotels, infrastructure, roads, schools – or else we will find ourselves in a catastrophic situation.”

This article was written in cooperation with Ono Academic College