By JANIS RAISEN
DECEMBER 3, 2013 14:27
First Aliyah Museum
(photo credit: Janis Raisen)
Advertisement
Just as the Passover Haggadah says that we should see ourselves as though we came out of Egypt, Avital Efrat, director of the First Aliyah Museum in Zichron Ya’akov says that we should also see ourselves as though we were part of the First Aliyah. The First Aliyah Museum, which opened in 1999, is located in the quaint tourist town of Zichron Ya’akov, and recounts the journey of the pioneers who came to Eretz Yisrael during the First Aliyah, 1882-1903.Although Jews have been living in Eretz Yisrael for thousands of years--since biblical times--the modern Aliyot began in 1882.The three-story museum, which sees 20-25,000 visitors annually, represents all 28 colonies (moshavim) across Eretz Yisrael that were established during both the first and second waves of the First Aliyah.“This is a national museum; it’s not a museum of Zichron Ya’akov. It’s a national museum dedicated to the era of First Aliyah,” explains Efrat.The museum was established in memory of Moshe and Sara Arisohn, two pioneers who were part of the founding colony in Zichron Ya’akov. Zichron Ya’akov was one of the first seven colonies established in the First Aliyah.The First Aliyah museum was financed by Moshe and Sara’s grandson, Ted Arison, who wanted to honor his grandparents and preserve the story of all of the other pioneers from the First Aliyah. There were approximately 25,000 in the First Aliyah, who settled in various colonies across the land against the wishes of the ruling Ottoman Empire who tried to keep additional Jews out of Eretz Yisrael.The museum’s purpose is to tell the story of the first real pioneers of Eretz Yisrael. They came mainly from Eastern Europe to escape pogroms and anti-Semitism, but were often the forgotten Zionists.“First Aliyah was left out of the big Zionist story. It was traditionally started with Second and Third Aliyah and the reason is the First Aliyah people were traditional orthodox families. They came to Palestine in order to become independent farmers in Eretz Yisrael. The big story of Zionism started with the Second Aliyah in 1904 with the pioneers from Russia, the 18, 19, 20-year-old guys with socialist ideas. They came and actually built the story of the State of Israel,” explains EfratThere were Jews from Yemen, who also arrived during the First Aliyah, but they took a different path and didn’t join the new established colonies, instead they joined Jews already living in Eretz Yisrael. “The Yemenites went to Jerusalem and joined the old settlements. They were not part of the story of First Aliyah; they joined the colonies during Second Aliyah. There is a gap here, which we try sometimes to fill in with special exhibitions.”The museum guides the visitor with detailed descriptions, photos and six short movies, (multimedia displays) through the hardships and lifestyle of the First Aliyah. Most of the movies illustrate specific time-periods and circumstances designed to bring visitors back to various stages throughout the journey, to their style of clothes, their faith --and lack there of at times -- their despair and disappointment, their exposure to death and disease, and eventually hope. 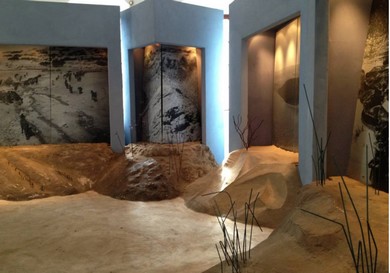 Photo: Janis RaisenThere are clay figurines placed throughout the museum, donated by Ora Rosenzweig, a daughter of the First Aliyah. She created clay structures as a hobby to represent scenes from her life growing up in Zichron Ya’akov. The figurines are significant, because each movie starts with one of the clay figurines, then the image rotates and transforms into real characters and sets the scene for each movie. 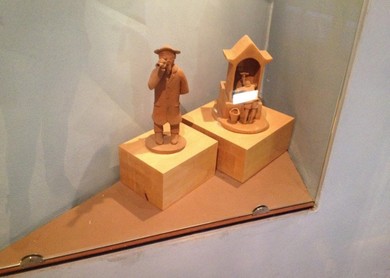 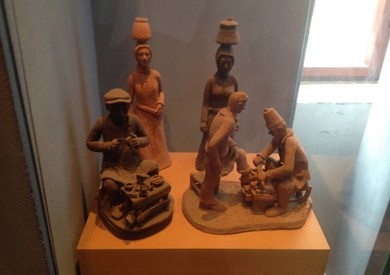 Photo: Janis RaisenAs the museum takes visitors through the harsh beginnings and despair and the point of complete devastation, the second floor of the museum introduces the person who saved the day: Baron Edmond James de RothschildBaron de Rothschild established a new administrative office in Zichron Ya’akov in 1894, the building that currently houses the First Aliyah Museum. “The entire building is lavish and grand, and represents the magnitude of this organization,” says Efrat.The baron sent specialists from France to help the immigrants create industry, with money and expertise. “Most of the administrators were French Jews and they were agricultural agronomists, doctors, pharmacists, teachers, rabbis. When we talk about the administration, we are not talking about clerks, we’re talking about a whole system of help,” explains EfratThe baron purchased the rest of the colonies during the second wave of the First Aliyah, totaling 28, and helped them with the seven already-established ones from the first wave. His plan was to create industry, agriculture and export and to help the communities thrive. His generosity created many industries like silk and coffee, but the most successful one that is still thriving today is the wine industry. 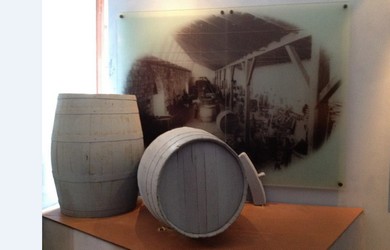 Photo: Janis RaisenBaron de Rothschild was a wine expert, according to Efrat. The Rothschild family had wineries in France and he saw similarities in the physical properties of the land in Eretz Yisrael; he just needed to provide the equipment, the wine and the expertise.“He built everything,” says Efrat.With the help of the baron, as well as an organization called the JCA (Jewish Colonization Association) who lent money to farmers in some of Rothschild’s colonies, the people were able to take their focus off survival and focus on culture during the second wave of the First Aliyah.The museum beautifully showcases the second wave of the First Aliyah with more movies and exhibits. The second wave emphasized culture, revival of the Hebrew language and Jewish education. Although settlers were thriving, they experienced some tension with the Rothschild administration. The administration was generous, but they dictated the processes and procedures. All of the decisions came from Rothschild’s delegation.Despite the often-tense relations between the baron and the settlers, it is apparent at the end of the second floor exhibit that the members of all of the colonies were deeply touched by the baron’s help. He died in France in 1934, but wanted be buried in Zichron Ya’akov. His coffin was flown to his current resting place in Ramat Hanadiv, just outside Zichron Ya’akov where he is buried next to his wife. At Rothschild’s funeral, members from each of the 28 colonies that he created and supported brought bags of soil to throw on his coffin. This gesture was very symbolic and very telling of their gratitude since they said their final goodbye with the soil that, because of him, built an entire country. 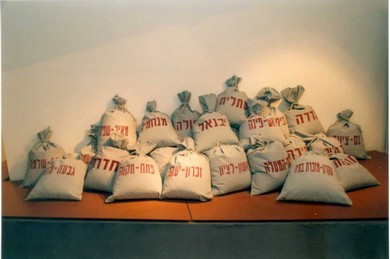 As you exit the museum after watching one final movie in the auditorium with live footage from 1913, you exit the building that once housed the offices of those who directly helped the immigrants from the First Aliyah and as you glance back at the building, you can’t help but feel as though you too were part of the story. Janis Raisen is a freelance journalist living in Tel Aviv.
Advertisement
Subscribe for our daily newsletter