Off the Beaten Track: The land of wildflowers

While the rain may make hiking in the north more difficult, the flowers that sprout up as a result are well worth it.

By JOE YUDIN
Wildflowers in the north 390
(photo credit: Joe Yudin)
Advertisement
Joe Yudin owns Touring Israel, a company that specializes in “Lifestyle” tours of Israel.Most tourists who have never been to Israel before think of this land as a vast desert, which was the setting of the biblical stories. About 60% of Israel is indeed desert. However the winter rains turn this mostly dry, beige, and rocky wilderness into a picturesque setting of rolling green fields dotted with a plethora of various wildflowers and sometimes even roaring flash floods barreling through the crisscrossing wadis. The forty percent of the land that is not desert can be reminiscent of some of the most picturesque places in Europe or North America:  rolling green hills, snowcapped mountain summits, vineyards and gently rolling meadows of wheat fields and sunflowers. For many, perhaps the most popular time to stroll around the country is in the middle of the rainiest season: winter. In a country that for about half of the year sees no rain at all, why would the population tour at the height of the rainy season? The answer is to see the wildflowers.In 1953 a small group of kibbutz members and educators formed an organization to help stop the disappearance of the Hula Valley Wetlands which were fast disappearing in order to create vast swaths of fertile agricultural land in the upper reaches of northern Israel. Wetlands were not known to be the delicate ecosystems that they are and most people considered the Hula Valley to be a useless swamp. This organization succeeded in creating the Hula Valley Nature Reserve, a park visited by millions of people, Israelis and tourists alike, each year in order to admire the unique environment and wildlife of the area. Hence the Society of the Protection of Nature in Israel (SPNI) was founded. 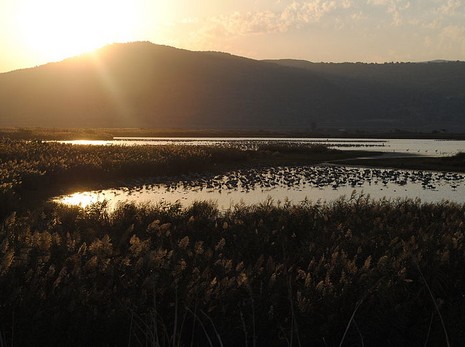 In 1964, SPNI went on a campaign to stop the rampant practice of picking wildflowers in Israel. Often families, teacher-led school trips and others would pick the flowers to bring home with them or even to sell on the side of the road. The vast species of wildflowers were in danger of becoming extinct until Uzi Paz of the Ministry of Agriculture and SPNI stepped in. A law was passed making it illegal to pick certain protected wildflowers and a campaign was started in order to educate the public on a massive scale. Posters of the protected flowers were sent to all schools, kindergartens, post offices, banks and all government offices. Reporters from newspapers, radio and television soon picked up the story and ran with it. Soon almost every Israeli knew what the flowers looked like and the warning on the posters:  “It’s forbidden to pick them!” Here are a few places around the country where the Anemones, Cyclamen and Groundsel are starting to really show. Pack some good walking shoes against mud and puddles, and a picnic blanket & basket. Trail maps are always recommended. The following four sites in the north, not so far from Tel Aviv, are great places where you can see the wildflowers in bloom this weekend.  Megiddo Airport Take Route 65 northeast through Wadi Ara until you get to Megiddo Junction in the Jezreel Valley. Just before Sargel (Taanachim) Junction there is a left turn into the tiny airport grounds. Be careful; it's a difficult turn. Park on the side off the road among the crumbling buildings that date back to the British Mandate period. There are a few different loop trails that are impossible to miss and a plethora of multi-colored Anemones throughout the trail. 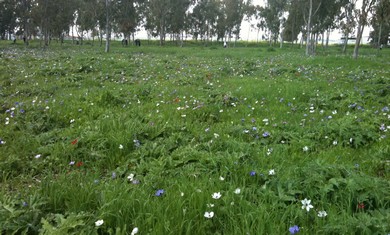 Anemones at the Megiddo Airport (Joe Yudin)
Alonai Abba Nature ReserveTake Route 70 northeast to Tishbi Junction. Turn right onto road 722. Take this to the end and turn right at Alonim Junction onto Route 75. After half a kilometer turn left just before the strip mall and continue up the road about four or five kilometers. Just opposite the village of Alonai Abba is the nature reserve with several large parking lots. There is a loop trail here that can be done on foot or mountain bike. The amount of Cyclamen and Anemones here at this time of year is breathtaking. 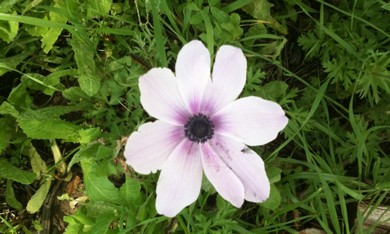 Mt. Gilboa Take Route 65 northeast through Wadi Ara. Pass through Megiddo Junction and go right at the next intersection called Sargel (Taanachim) Junction and onto road 675. The next junction is Yizrael Junction. Pass through it and make your next right onto the Gilboa Scenic Route. This is one of the most beautiful drives in the country at any time of year but especially during the winter and spring. Before the next junction, twelve kilometers down the road, there are several spots to turn off and go for either a walk, hike, mountain bike or jeep ride if you have an off road vehicle. The main stops between the start of this road and the road heading down to Kibbutz Beit Alpha are at Mt. Shaul, Mt. Barkan, Mt. Lapidim, Mt. Ahinoam and Mt. Yitzpor. At all of these stops there are breathtaking overlooks of the Jezreel or Dotan Valleys as well as trails, picnic tables, some playgrounds and thousands upon thousands of wildflowers. 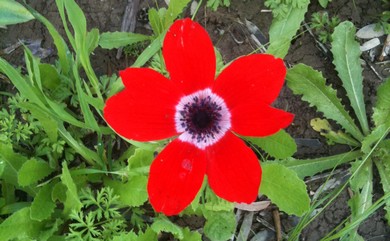 Cyclamen HillTake Route 70 northeast to Elyakim Interchange. Turn left and then make a quick right into the parking lot of the gas station. Go around the back of the station and strip mall and you will find a dirt road suitable for all cars. Eventually you will come to picnic grounds and an intersection of red and green marked trails. You are at the Keren Carmel Forest grounds and these trails run between a stretch of land between Iris and Cyclamen patches and at the very top of the hill at the top of the red trail is an incredible view of the Jezreel Valley. The amount of Cyclamen this time of year is incredible. There are plenty of trails for jeeps and bikes as well. Watch out for the many cow paddies.Joe Yudin became a licensed tour guide in 1999. He completed his Master’s degree at the University of Haifa in the Land  of Israel Studies and is currently studying toward a PhD.