Sights and Insights: In a new column, Dr. Wayne Stiles explores the biblical sites of Israel and how to make the most of a visit.

By WAYNE STILES
APRIL 21, 2011 13:28
Megiddo 311
(photo credit: Wayne Stiles)
Advertisement
Wayne Stiles is an author who has never recovered from his travels in Israel—and loves to write about them from his desk in Texas. If history ever compares the ancient land of Israel to the game of “Monopoly,” the site of Megiddo would be Boardwalk—the most coveted spot on the playing board. “Taking Megiddo is like capturing a thousand cities,” remarked Pharaoh Thutmose III.  Megiddo’s tremendous value came from its strategic location as the guardian of the most important pass through the Mt. Carmel range. Whoever held Megiddo in the ancient world controlled the traffic and trade along the International Highway to and from Egypt. That meant both military and financial security. RELATED:
Sites and Insights: Mt. Carmel and the place of burning
Sites and Insights: Caesarea’s Archeological treasures 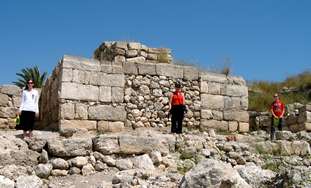 Wayne StilesThe site’s name first appeared on the pages of history when Thutmose III carved it on the walls of the Karnak Temple. As mentioned in last week’s column, Thutmose III journeyed north through the Carmel range by means of the Megiddo Pass, conquering the fortified city in 1468 BC.When Joshua defeated the king of Megiddo about seventy years after Thutmose III (Judges 11:26 and 1 Kings 6:1), the site had already stood strong for a millennium. Solomon fortified the city during his empire, building a gate that can still be seen today (1 Kings 9:15). Pharaoh Shishak sacked the city in 923 BC, and the Israelite kings Omri or Ahab rebuilt on its ruins. About two hundred years later, the Assyrians took the city, and later still, King Josiah of Judah was killed there after facing off against Pharaoh Neco  (2 Kings 23:29). Even in modern history, Megiddo has witnessed the strategic victory of General Allenby against the Ottomans in 1918. What’s more, the Bible predicts a battle to come at the “place which in Hebrew is called Har-magedon”—meaning, “the hill of Megiddo” (Revelation 16:16). 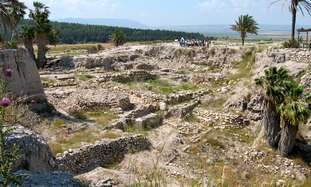 Wayne StilesGeography doesn’t change. That’s why Megiddo’s strategic location remained for centuries the envy of all who passed through the land of Israel. When someone conquered the site, they often would rebuild directly on top of the rubble of the previous inhabitants. It is no wonder today that Tel Megiddo’s towering ruins offer a stunning view of the Jezreel Valley.For more than one hundred years, archaeologists have picked through the past at Tel Megiddo. Roughly twenty-six layers of occupation lie buried beneath its topsoil. The archaeologist’s spade has uncovered numerous finds, including city gates from multiple eras, a sacred area with a Canaanite altar, a grain silo, a water system, and buildings from the time of Ahab that were likely stables (though some argue they were storehouses).  Although scholars disagree sharply over the chronology of the archaeological record (big surprise!), Megiddo remains an invaluable location even today. Its buried treasures tell the story of those who lived there and those who died there defending the strategic pass along Israel’s International Highway. 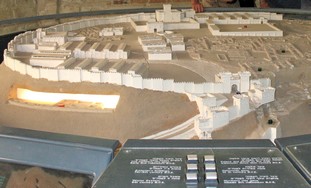 Wayne StilesTo Do There: If you are unfamiliar with Megiddo’s history or geographical significance, plan to spend plenty of time at the instructive visitor’s center. A model of the tell allows a bird’s eye view of the city as it appeared in Omri’s day. Because Megiddo is a complex site and dense with history, it may help to do some reading before coming. Any visit should include the gate area (including gates from multiple eras), the sacred area, the grain silo, the stables (yes, I think they are stables), and a walk through the water system. If you want to participate in an archaeological dig at Megiddo, contact the Megiddo Expedition or Tel Aviv University. At the nearby Megiddo prison, a beautiful mosaic was discovered in 2005 that many believe dates to an early Christian church. How to Get There: Take Route 65 toward Megiddo Junction and follow the signs.Read Wayne’s blog and subscribe to his weekly Podcast at  www.waynestiles.com
Advertisement
Subscribe for our daily newsletter