Christmas in the capital is set to be unforgettable with magnificent classical concerts, carols and banquets.

By ITRAVELJERUSALEM.COM TEAM
DECEMBER 20, 2012 13:18
Christmas in Jerusalem
(photo credit: Ronen Zvulun / Reuters)
Advertisement
Hallelujah ConcertIn the build-up to Christmas Day, enjoy a moving performance by The Bel Canto Choir, members of one of the largest choral enterprises in Israel, the Jerusalem Oratorio. Consisting of 27 performers, the choir will perform American Gospel and liturgical works by the greats: Purcell, Mozart, Mendelssohn and more. The performance takes place in the famous Christ Church, which is located opposite the Tower of David Museum. 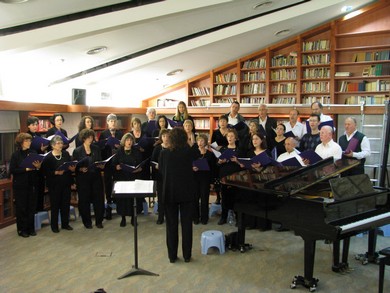 Those who speak Hebrew may also enjoy a fascinating tour in the Old City before or after the concert that looks at the relationship between Judaism and Christianity as well as the traditions of the different streams of Christianity. Advance registration is necessary.

Austrian Hospice Christmas Concert The Austrian Hospice of the Holy Family provides the perfect backdrop for a Christmas Concert with its spectacular location on the Via Dolorosa and its elegant 19th-century interior. The concert promises to feature pieces from Felix Mendelssohn, Henry Purcell and Georg F. Händel, and will combine vocals with the obo, recorders, cello and guitar. 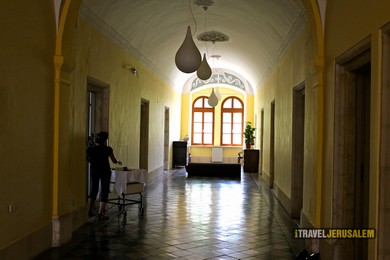 While you're there, you'll want to indulge in a slice of the Viennese Café's famed Austrian strudel, take in the breathtaking rooftop view or bask in the serenity of the house chapel. Christian pilgrims and others who are interested (and not afraid of crowds) may want to time the concert to coincide with a full tour of the Via Dolorosa.When: December 22 at 7:30 p.m.
Address: 37 Via Dolorosa, Old City
Phone:  (02) 626-5800
Price: FreeChristmas Carols at Christ ChurchIf you're up for a long night of hearty Christmas Carols this Christmas Eve, then the event at Christ Church in the Old City could be for you. The program begins with four hours of Christmas carols followed by Nine Lessons at 10:30 p.m., and even more Carols with Eucharist. Christ Church has a rich history and was built by the Anglican Church based on their belief in helping Jews to the Holy Land as part of the process of redemption. Beneath the compound is a tunnel that dates all the way back to the Second Temple Period. 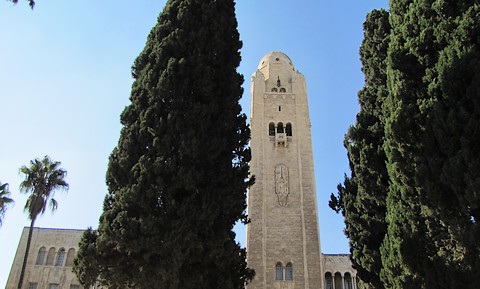 The Jerusalem International YMCA is known for its lovely Christmas tree and annual Christmas-themed events that include children's plays and Christmas carols. This Christmas eve, you may enjoy their traditional carols that will be followed by a carillon performance by Professor Gabi Shefler at the entrance to the building. The YMCA always attracts a mix of nationalities and religions, and the festivities on Christmas Eve will likely draw an interesting crowd too.

When: December 24 at 7 p.m.
Address: 26 King David Street
Phone: (02) 569-2684
Price: NIS 25 Christmas banquet, American Colony HotelIf you're looking to indulge this Christmas, then the no-holds-barred banquet at American Colony Hotel in East Jerusalem is the place for you. The six-course menu (not kosher) features, among other delicacies, goose liver, shrimp, roast duck and the traditional “Bûche de Noël.” A glass of champagne is included in the price so you can toast to a fabulous Christmas in Jerusalem. 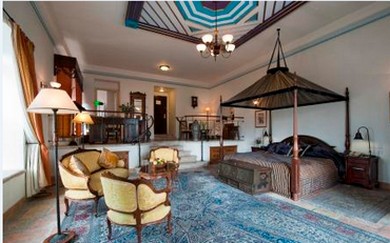 American Colony Hotel (Courtesy)Popular with the media and consulate officials, the grand American Colony Hotel has a distinct Arabian style, ornate furnishings and many other special touches to make your Christmas Eve an unforgettable one. It's recommended to book in advance.

When: December 24, 7 p.m. – 10:30 p.m.
Address: 1 Louis Vincent Street, east Jerusalem
Phone:  (02) 627-9777
Price: USD 85ITravelJerusalem.com is a new online international travel portal offering all the latest information on things to do, places to eat and places to stay in Jerusalem.Follow @JPost_Lifestyle
Advertisement
Subscribe for our daily newsletter