It's easy to get in the Shavuot spirit in Jerusalem with many excellent dairy cafés and restaurants.

By LOREN MINSKY/ ITRAVELJERUSALEM.COM TEAM
Slice of cheese
(photo credit: Thinkstock)
Advertisement
It's easy to get in the Shavuot spirit in Jerusalem with not only learning and Torah but cheesecake wherever you turn and many excellent dairy cafés and restaurants.1. Café KadoshCafé Kadosh draws crowds all day long with its creative kosher dairy cuisine and warm atmosphere. Kadosh, as it's known, offers a wide menu that includes a selection of delicious fresh pasta dishes, fish, quiches, lasagnes, salads, sandwiches, baked goods and desserts. What makes it so good is that everything is made in-house, from the bread to the pasta to the pastries. The family-run business was started in 1967 by Meir Kadosh, and is now run by his son, Itzik Kadosh, and wife. The inside décor is classic European style, and the restaurant also offers al fresco tables on the pavement outside. 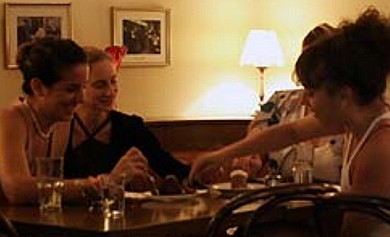 Address: 6 Shlomzion HaMalka StreetTelephone: (02) 625-4210Kosher Rabbinate 2. Agas ve TapuachIf you’re looking for an authentic Italian experience, then you shouldn't miss out on Agas ve Tapuach (Pear and Apple in English; Pera e Mela in Italian). The owner, Gionaton Ottolenghi, was an Italian opera singer and not only hums as he oversees the kitchen, but is delighted at the opportunity to sing to patrons. Everything is prepared fresh in the kitchen using recipes that belong to the owner’s grandparents. The menu is varied and includes ravioli, pasta, pizza, polenta dishes, soups and great desserts. 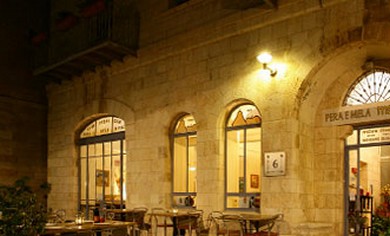 Address: 6 Safra SquareTelephone: (02) 623-0280Kosher Mehadrin (OU)3. TopolinoThough unassuming from the outside, Topolino is both charming and vibrant. As for the food, Topolino gets its ingredients fresh from Mahane Yehuda market on a daily basis and prepares everything on the spot. The menu includes exotic southern Italian dishes such as pasta with fresh sardines, chestnut gnocchi, artichoke ravioli, camembert baked with garlic and honey, special pizzas and rich desserts. The small, intimate space seems a lot bigger with the help of a carefully placed mirror and provides just enough distance from the maddening traffic of Agrippas Street to almost enjoy it.Address: 62 Agrippas StreetTelephone: (02) 622-3466Not Kosher Certified4. Bistro MimiLocated just outside Mahane Yehuda Market, this small restaurant is run by Mimi (Michal) Sinai, a genuine French pastry chef trained at the impressive Lenotre school in Paris. Mimi serves the finest of everything including salads, sandwiches, salty crepes, quiches and mouth-watering desserts. The range of sweet crepes and Belgian waffles is fantastic, with fillings such as butter and sugar, banana and chocolate, chestnut cream and fruit. Or, indulge in the tarte tatin or Mont Blanc, which consists of almond meringue with chestnut puree and whipped cream. 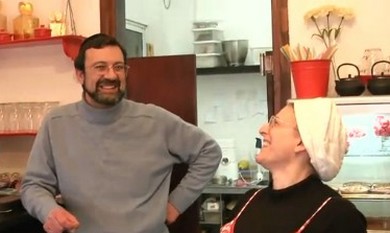 Address: 4 HaEshkol StreetTelephone: 052-766-7910Kosher Rabbinate5. Shosh CaféShosh Cafe in Old Katamon offers a great dairy menu with generous portions in a stylish and inviting Jerusalem stone ambiance. The restaurant recently relocated from Hashayarot Street to Halamed Hei Street, and opened a second Shosh Café with a courtyard on peaceful Keren Kayemet Street in Sha’arei Chesed. The menu includes delicious lasagnes, breakfasts, salads (served with crusty bread) and pasta. Shosh Café makes a fabulous place for a date, and has even featured in a date scene on the Israeli sitcom, Srugim. Address: Halamed Hei Street, Old KatamonPhone: (02) 563-9999Kosher Rabbinate (Rechavia branch: Kosher Bedatz)iTravelJerusalem.com is a new online international travel portal offering all the latest information on things to do, places to eat and places to stay in Jerusalem.Follow @JPost_Lifestyle
Advertisement
Subscribe for our daily newsletter