With so many enriching Hanukka-themed events in Jerusalem for the family, you'll want to plan ahead to make the most.

By LOREN MINSKY/ ITRAVELJERUSALEM.COM TEAM
Worshippers pray near a Hanukkia
(photo credit: Ronen Zvulun / Reuters)
Advertisement
Mamilla One of the most magnificent places to be in Jerusalem on a Hannuka evening is MamillaAlrov Avenue with its festive lights lining the avenue and the spectacular view of the Old City walls. This year, there will be a beautiful exhibition of menorahs along the avenue andlego for kids, taking place between 11 a.m. and 6 p.m. on the second floor of the indoor mall. 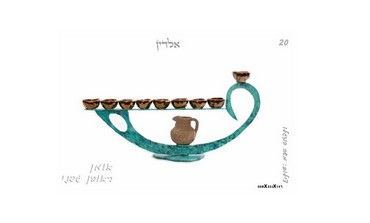 Pyromania Hannuka at the Israel Museum includes several light-inspired activities and events, one of which is the multi-sensory and high-impact show Pyromania. Using the most advanced technology, Pyromania explores the battle between light and darkness using sound, light, dance and acrobatics. 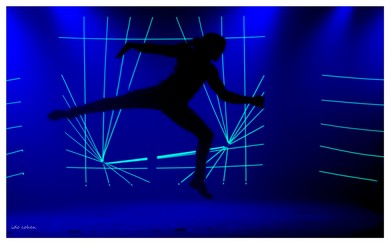 Nahalat Shiva The public is invited to enjoy festive candle-lighting on the second night of Hanukkain the charming neighborhood of Nahalat Shiva in downtown with Jerusalem Mayor Nir Barkat. 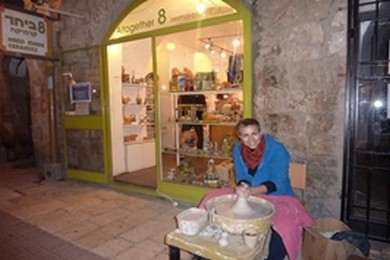 After the lighting (and on all other nights of Hannuka) there will be a bustling fair with live music, street performances, wine tasting, menorah exhibitions in shop windows, discounted ceramics, and a bowl of warming soup for only NIS 12 – 15.Address: Nahalat Shiva Street, Nahalat Shiva
Price: Free
When: Candle-lighting: December 9 at 6 p.m.;
Fair: All other evenings from 6 p.m.

The Science Museum There are a number of enriching and original events taking place at the Bloomfield Science Museum in Jerusalem over Hannuka suitable for the whole family (ages four and up). There will be a fire demonstration, lighting of a musical Hanukkia and experiments with fire using different chemicals. Other workshops on offer vary from encoding workshops for older kids to secret writing workshops for younger ones, and mathematics workshops where science and magic come together. 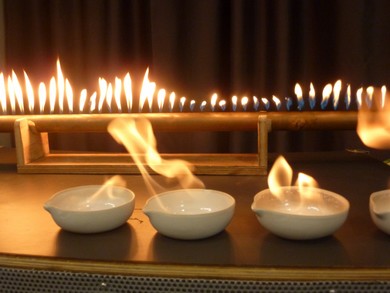 The auditorium will show Cube Circus by the Puppet Theater, a moving performance without words that combines puppets, visual arts and dance theater. In addition to the fascinating current exhibitions such as "Traces of Light" and "Innovation Ltd," there is a new art exhibition related to the work of Alan Turing and an installation called Apple Talk that involves two computers talking to each other using two microphones and software that converts text to speech and voice.

Address: Museum Row, Givat Ram
Phone: (02) 654-4888
Price: NIS 40 (Jerusalem card holders: NIS 32); free for under 5 year olds When: December 9 – December 18.Family fun at Bible Lands Museum Although the Hanukka program at the Bible Lands Museum caters to a Hebrew-speaking audience, there is plenty that English speakers will enjoy such as the creative art workshops (an additional fee). 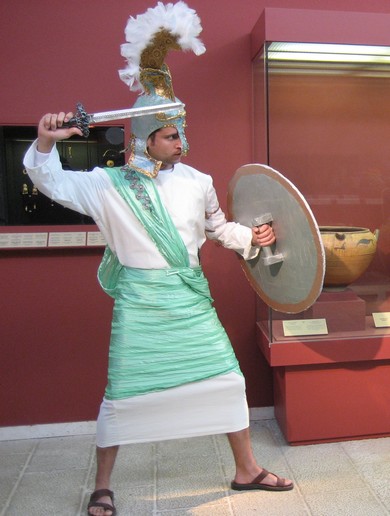 The story of Hanukka and tales of ancient Greece come alive for children as they get the opportunity to follow brave heroes and the Maccabees through the Museum's many galleries. There will be guided tours on offer for adults in English and Hebrew.Address: 25 Avraham Granot Street, Givat Ram
Phone: (02) 561-1066
Price: Free
When: December 9 – December 13 10:30 a.m. – 3:30 p.m.

ITravelJerusalem.com is a new online international travel portal offering all the latest information on things to do, places to eat and places to stay in Jerusalem.