Top 10 'must see' sites in Bethlehem

You've always wanted to go to Bethlehem and see the Church of Nativity but what else is there?

By BEATA M. ANDONIA, TRAVELUJAH
Mar Saba Monastery DO NOT USE
(photo credit: Beata M. Andonia)
Advertisement
For further information on Christian tourism and Holy Land Tours to Israel contact  Travelujah.You're coming to the Holy Land and perhaps you aren't sure if you should visit Bethlehem. You've always wanted to go to Bethlehem and see the Church of Nativity but what else is there? Is it worth planning a full day, or even two?Yes. And to make it easy for you, Travelujah has created our own list of on and off the beaten path places you can visit during your day or two-day trip to Bethlehem. Below you'll find our top "must see" sites in and around this ancient city, revered worldwide as the birthplace of Jesus Christ.1. Church of the Nativity 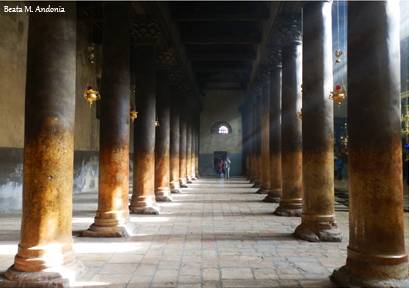 Church of the Nativity (Photo by: Beata M. Andonia)
The monastery, structured in the shape of a cross, which is one of the oldest continuously operating churches in the world (constructed in 325 AD). It is a major Christian holy site, as it marks the traditional place of Christ's birth. The building was founded by Queen Helen of the Byzantine Empire. Adjacent to the Church is the Catholic Church of St. Catherine.2. Milk Grotto 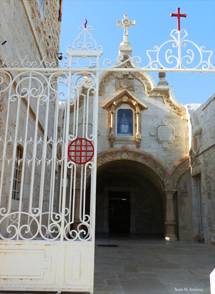 Milk Grotto (Photo by: Beata M. Andonia)
The Milk Grotto is a place where the Holy Family took shelter during the Slaughter of the Innocents, hiding there for a short time from Herod's soldiers. Mary nursed her child Jesus there before going to Egypt. It is said that a drop of the Virgin's milk fell on the floor of the cave, turning the rock white and giving rise to the chalky white stone.3. Bethlehem Old CityIn the center of Bethlehem is situated its Old City. A stroll in the Old City can be an interesting activity: its narrow, climactic streets take you to a past like the 19th Century! The old buildings, beautifully decorated with stone ornaments, are not just the architectural landmarks - they are houses for many Bethlehemites. 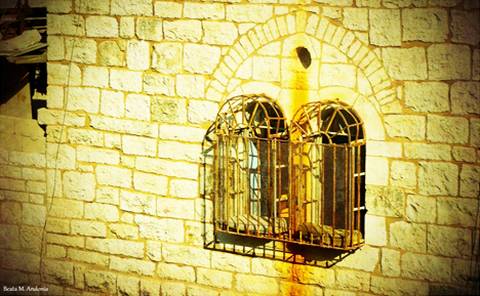 Old City of Bethlehem (Photo by: Beata M. Andonia)
Follow the Star Street - the ancient way which followed Joseph and the Virgin Mary to the Grotto of the Nativity. The street leads to King David Wells.4. Shepherd Fields 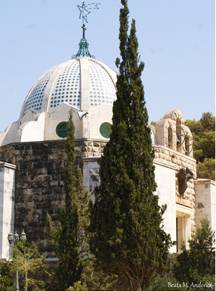 Shepherd
Shepherd's Fields are placed in Beit Sahour, a small town east of Bethlehem. The fields have been identified since ancient times with the shepherds who saw the Star of Nativity and followed it to Bethlehem.There are two places considered as Shepherd's Fields. One is considered by Catholic Church - You can see there an ancient Byzantic stone mosaic! The second site belongs to the Greek Orthodox Church. There is a small Greek Orthodox Church. All its walls are covered by icons showing the lives of saints. The place is like a fairytale. While there, be sure not to miss the olive trees, many are over 2,000 years old!5. Herodium 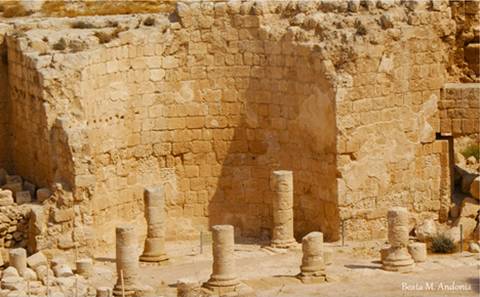 Herodium (Photo by: Beata M. Andonia)
Herodium is a volcano-like hill with a truncated cone located near the city of Bethlehem. Herod the Great built a fortress and palace on the top of Herodium, and may have been buried there. Herodium is 758 meters above sea level. The view from its top is amazing! The fortress is more than 2,000 years old.6. Mar Saba Monastery 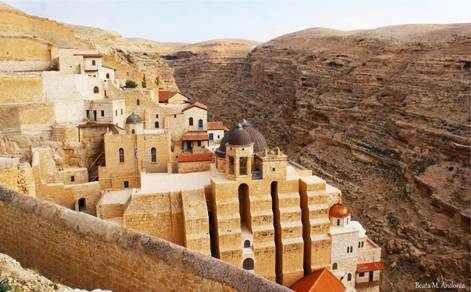 The Mar Saba Monastery (Photo by: Beata M. Andonia)
Mar Saba is a Greek Orthodox monastery in the middle of a desert, east of Bethlehem. Founded by Saint Sabas of Cappadocia in 439, today it houses around 20 monks. One of monastery's traditions is the restriction on women entering the main compound. The only building that women can enter is the Women's Tower, near the main entrance.7. Bethlehem Museums• International Nativity MuseumInternational Nativity Museum of Bethlehem is one of the richest and valuable collections of cribs in the Holy Land. The Museum has a collection of over 200 Nativity representations of different styles and dimensions. It is located in the ground floor of the historical Salesian convent of Bethlehem. The variety of the cribs exposed, originating from all around the world, creates a rhapsody of customs, liturgy and rituality from all continents and ethnic groups.• Olive Oil MuseumAl Bad Museum for Olive Oil production is situated in the Old City of Bethlehem. The building which houses the museum dates back as far as the 19-19th century. The museum houses many ethnographic and archaeological artefacts featuring the entire process of oil production. Furthermore, the exhibit also shows the many uses for oil such as lamps, medicine, food, soap and even cosmetics.• Palestinian Heritage CenterThe Palestinian Heritage Center aims to preserve and promote Palestinian Cultural Heritage, especially the art of embroidery. The PHC has a great collection of traditional Palestinian dresses and antique items of everyday use. It also participates in fair trade of hand-made embroidery, crafted by women from villages and refugee camps around the city of Bethlehem.8. Al Khader Village 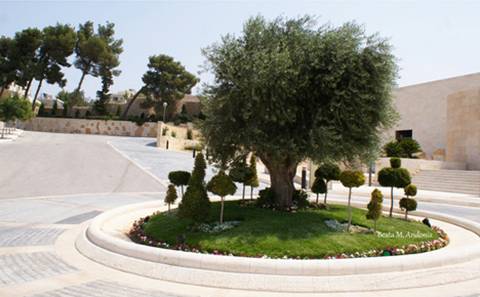 Al Khader vilage (Photo by: Beata M. Andonia)
The Al Khader Village (the village of St. George) is located around 4 km south of Bethlehem. There you can see the ancient Solomon Pools - consisting of water cisterns made of stone, that have played a significant role in the area's water supply for centuries. Near the pools you can see the al Burak castle, an Ottoman Turkish fortress dating back to the 17th century. In the center of the village there is beautiful Greek Orthodox Church of St. George, whose image connotes protection for Palestinian Christians.9. Cremisan 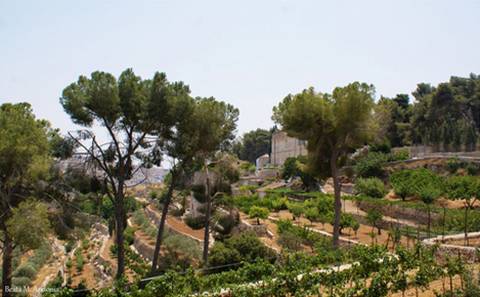 Cremisan (Photo by: Beata M. Andonia)
Cremisan, a small vineyard of delicious grapes, located on the slopes of a hill, is situated in a beautiful region approximately five kilometers from Bethlehem. The vineyard is run by the order of the Salesians of Don Bosco. A bottle of Cremisan's wine makes a nice souvenir from a visit in Bethlehem.10. Banksy Art 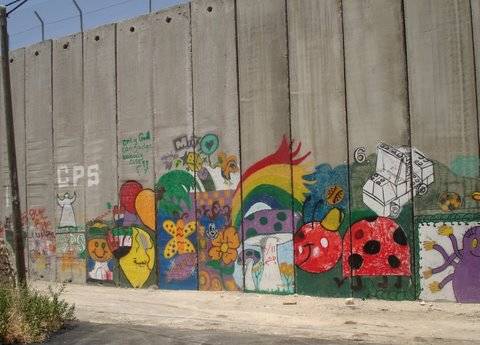 Banksy art on the West Bank security barrier (Photo by: Elisa L. Moed, Travelujah)
Banksy is a pseudonymous for an Bristol, England-based graffiti artist, political activist, film director, and painter famous around the world who has self published several books. In August 2005, Banksy painted couple images on the West Bank security barrier, including an image of a Christmas tree surrounded by a wall in Bethlehem and many more. Tourists from all over the world see his artwork while visiting Bethlehem.Travelujah-Holy Land tours is the leading Christian travel network connecting Christians to Israel. People can learn, plan and share their Holy land tour and travel experiences on Travelujah.com