Months before the conflict broke out in Ukraine, the Israeli Embassy in Kyiv launched a cultural project called,  "Art meets History," in which famous local Ukrainian graffiti artists were invited to paint prominent Israeli writers, poets, politicians, public and cultural figures who were born in the Ukraine. The subjects were portrayed as they appeared while they lived and worked in Ukraine. The project, based on shared Israeli-Ukrainian cultural heritage, was adapted for COVID restrictions and took place outside.

In April 2021, former ambassador to the Ukraine, Joel Lion, and the mayor of Odessa, Gennady Teuchanov, unveiled the first mural. It depicts the young writer, poet, translator and Zionist leader, Vladimir Ze'ev Jabotinsky, and was painted on the wall of the house at 33 Bazarna Street where he was born by Lesia Verba, a prominent mural painter from Odessa. 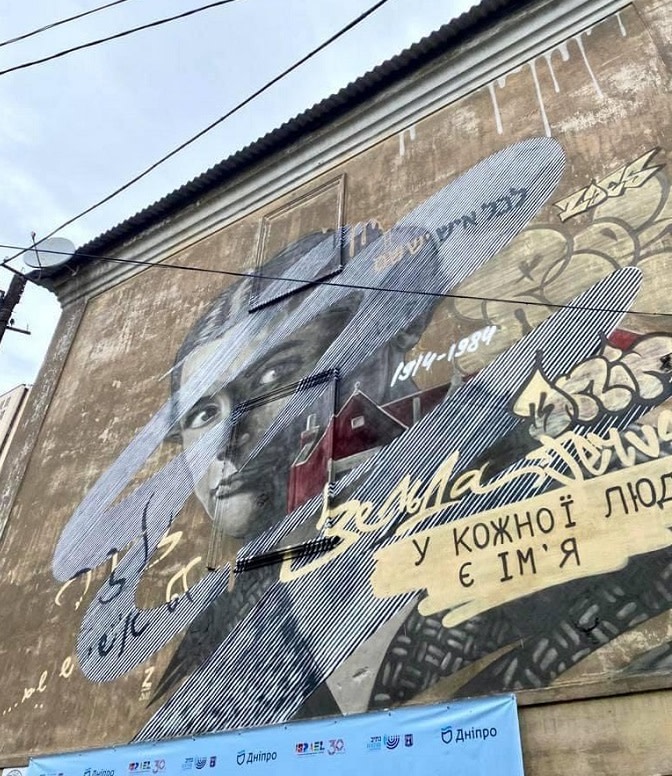 ( Credit - Embassy of Israel in Ukraine )

In July 2021, the Embassy, working with the mayor of Dnipro, Borys Filatov, Dnipro’s Chief Rabbi Shmuel Kaminecki and Mark Dovev of Nativ, oversaw the painting of a mural of the Israeli poet Zelda (whose full name was Zelda Schneurson Mishkovsky) by local artist, Valery Color Roy, in a building at 8 Barrikadna Street, near the poet's original home.

Leon said that it was difficult to implement the project but with the aid of the Embassy staff members Deputy Ambassador Yoav Bistritzky and First Secretary of Cultural Affairs Alexandra Ben-Ari  it became a reality. He added that this project has helped strengthen cultural cooperation and provide assistance with the development of local visual street cultures.

Other planned murals are of Golda Meir in Kiev and a mosaic depicting Avraham Shlonsky in Dnipro.