From the the tower, as seen in the pictures the group released, IDF structures and an IDF patrol jeep are visible. 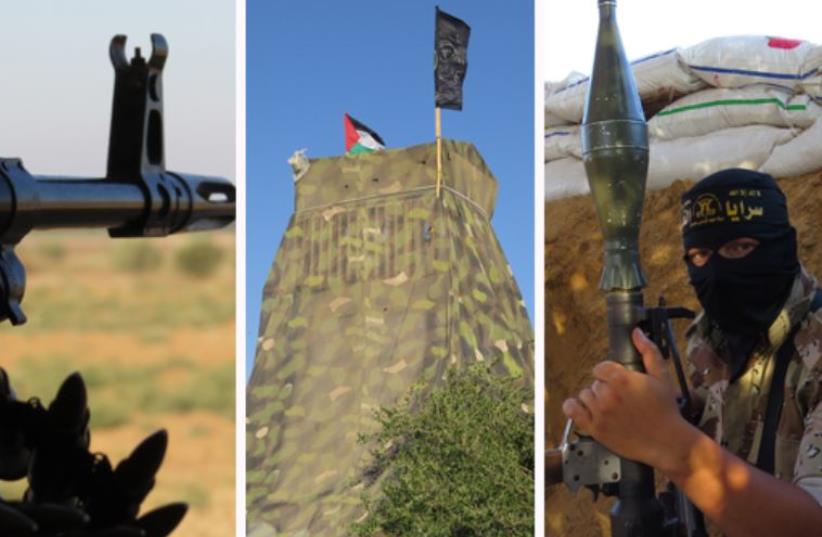 Al-Quds Watchtower
(photo credit: AL-QUDS)
The military wing of Islamic Jihad announced Sunday that it has built a watch tower next to the border with Israel.The al-Quds Brigade said the watch tower, in Khuza'a in the eastern part of the Gaza Strip, is eight meters tall and was intentionally built directly across from an IDF structure 500 meters away from the border.From the tower, as seen in the pictures the group released, IDF structures were visible, as well as an IDF jeep patrolling the border.Abu Ahmad, a senior member of the brigades said that "the struggle in the name of the Arab people has already begun.""The outpost is a (symbol) of Palestinian resistance that challenges the Israeli occupation on the eastern border of the Gaza Strip," Ahmad added.