There were no immediate reports of injuries. 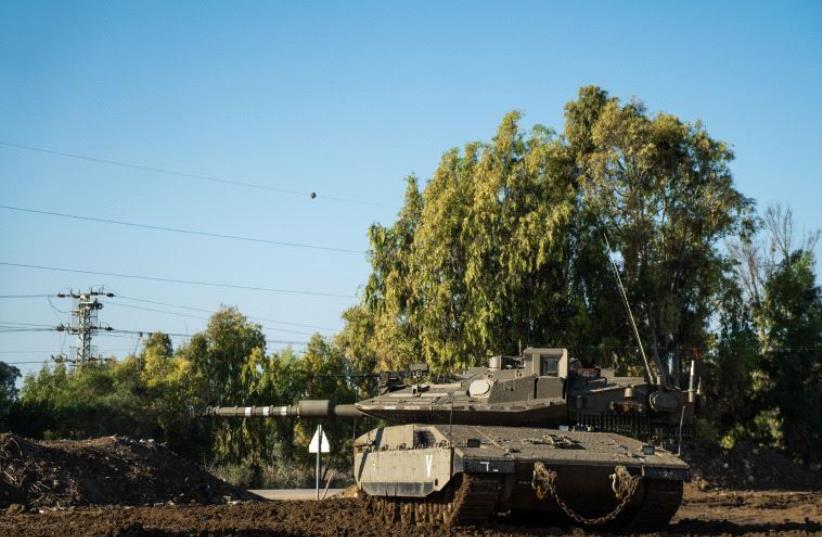 IDF soldiers hold large-scale exercise Dec. 5, 2016 in preparation for possible round of altercations with Hamas on the border with the Gaza Strip
(photo credit: IDF SPOKESMAN’S UNIT)
Advertisement
The IDF fired towards Hamas positions in the southern Gaza Strip in response to shots that were fired towards the IDF vehicle earlier Sunday, the IDF Spokesperson’s Office said.According to the IDF, the rounds, fired by a tank, was in retaliation to gunfire which damaged an IDF vehicle working near the border fence earlier.Farmers in the area were advised by the army to stop working in the fields and to remain in their homes.A similar incident occurred in December when shots were fired at IDF troops near the southern Gaza Strip and IDF artillery returned fire. The cross-border incident on Sunday occurred as civilians in Gaza organized demonstrations protesting against a serious lack of electricity and gas in the Strip. Hamas is reported to have threatened to resume rocket fire against Israel, blaming Jerusalem for the crisis."If we feel our leadership is being questioned, we will begin firing at Israel. We will not become like Bashar al-Assad, who threatens Israel but never follows through," a Hamas spokesman said.Meanwhile, the number of rockets fired from Gaza to Israel are at their lowest point in 11 years, with only 15 rockets fired in 2016 and 24 in 2015, according to a recent report by the Meir Amit Intelligence and Terrorism Center.Nevertheless, Israel holds the militant group Hamas, which controls the Strip, responsible for any violence near the Gaza border.