A heavy Jordanian police presence had sealed off the area around the embassy so the protesters gathered nearby.

By REUTERS, JPOST.COM STAFF
JULY 28, 2017 15:38
Jordanian protesters at Israeli embassy call for ending peace treaty (credit: REUTERS)
Advertisement
AMMAN - Protesters gathered near the Israeli Embassy in the Jordanian capital Amman on Friday, angry that an Israeli embassy guard who shot dead a Jordanian had returned to Israel and been granted diplomatic immunity.A Reuters witness said around 200 people had assembled peacefully in the vicinity of the embassy. Scores chanted, "Death to Israel," and called for the expulsion of the Israeli ambassador and scrapping of a peace treaty with Israel.A heavy Jordanian police presence had sealed off the area around the embassy so the protesters gathered nearby.On Sunday an embassy guard shot dead Jordanian teenager Mohammad Jawawdah as well as the landlord of the house in the compound where the guard lived. Israel said the guard had been defending himself after Jawawdah assaulted him with a screwdriver in a "terrorist attack."Israel is examining the July 23 incident, in accordance with its usual legal procedures. The offices of the state prosecutor and the attorney general have asked all parties connected to the incident hand over all relevant material. Israel plans to update Jordan on its examination of the incident. 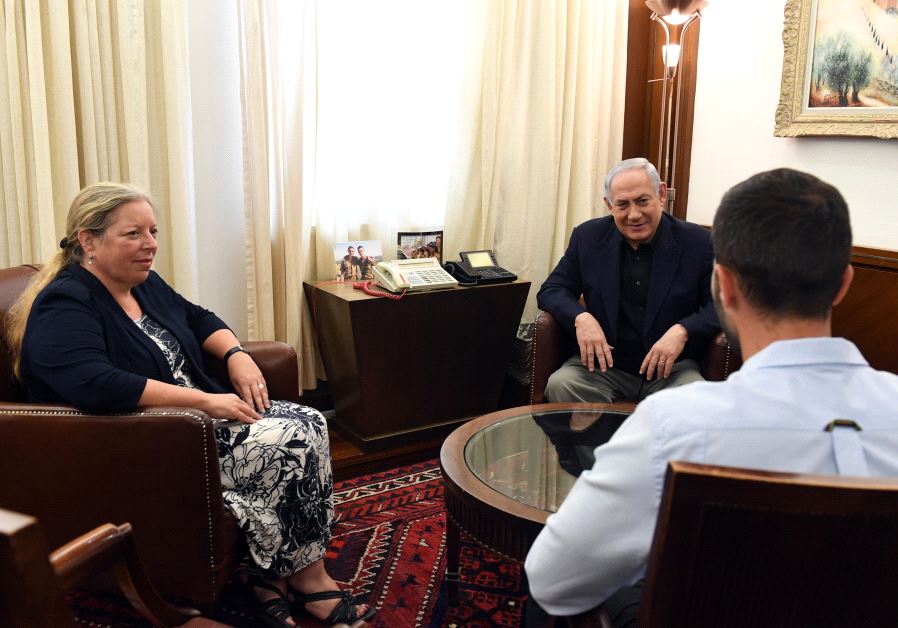 Prime Minister Benjamin Netanyahu meets Israel's Ambassador to Jordan Einat Schlein and wounded security officer Ziv, July 25 2017. (Government Press Office)Hours after Israel’s delegation to Amman returned to Israel late Monday night, The Jerusalem Post learned that the country hopes to send Ambassador Einat Schlein and her staff back as soon as possible.The government does not want the embassy to stand empty for a long period of time, as is currently the case with the embassy in Cairo.Jordan's King Abdullah angrily demanded on Thursday that Israel put the guard on trial.Israeli Prime Minister Benjamin Netanyahu gave the guard what Jordan considered was a hero's embrace after Israel brought him and the entire Amman embassy staff home. King Abdullah said Netanyahu's behavior was "provocative on all fronts and enrages us, destabilizes security and fuels extremism." Herb Keinon and Tovah Lazaroff contributed to this story.