Soundgarden rocked Tel-Aviv but couldn't hide a simple fact: A lot of water has flowed down the Jordan River since the times of long hair and flannel shirts. 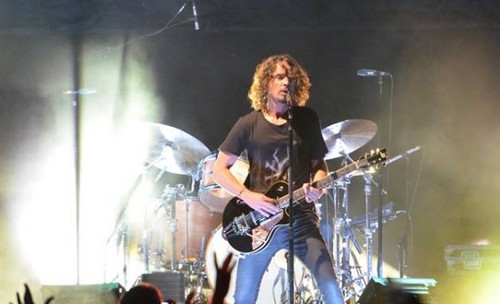 Two parents with two children were sitting just in front of me. The parents were air-drumming while Soundgarden was outshining with their oldie “Outshined,” but the kids seemed pretty bored. Dad tried to put a smile on their faces with some funny moves, but the kids… well they were just hoping to take a nap while the electric guitars electrified the night. Maybe this is the whole story of the Soundgarden concert Wednesday night at Bloomfield Stadium: The 90’s were 20 years ago and cannot really be explained to someone who didn't grow up in those years.
A 40-year-old passed by me with a t-shirt and a cold beer. He was unshaven and had long hair. He kind of reminded me of the “Grunge” style back then when everyone wanted to look like Soundgarden's Chris Cornell or Pearl Jam’s Eddie Vedder. Only this guy had a decent beer belly. He probably doesn't really want to change the world, but is more concerned about his job, children and mortgage. The 90s were 20 years ago. 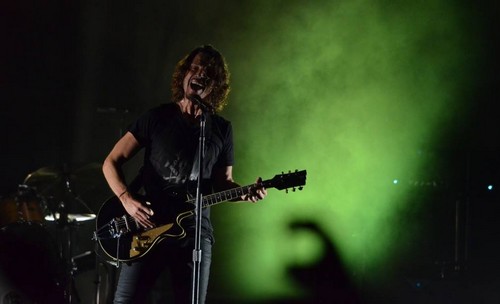 Maybe it was the open stadium, and maybe it was the age of the audience and band, but Soundgarden weren't  really able to take me back 20 years. I guess I was naive to think that a magical or maybe just an imaginary/nostalgic era could be simply recreated out of thin air…
The beginning of the concert was (in my opinion, but many of my friends disagree with me) kind of lame. “Black Hole Sun” was the fifth song to be performed, feeling like the band just wanted to finish with it as soon as possible in order to avoid getting ‘bugged’ about it by the crowd. The older songs from great albums such as Badmotorfinger felt somewhat detached. Looking at the crowd, I couldn't see the same passion I saw at Cornell's two previous, more intimate concerts in Israel in recent years.
But then something happened. Cornell and his friends performed the epic “The Day I Tried to Live,” followed by other Superunknown songs and reached a climax with “Blow up the Outside World,” really blowing up the stadium. It was short – maybe 25 minutes – but it was 25 minutes of pure magic. Suddenly the 30 to 40-year-olds became 19-year-olds with flannel shirts. Suddenly that 90s dream came back to life. It was short – but it was worth it.And at the end of the day only one question remains: When the hell will Pearl Jam rock Israel???
Subscribe for our daily newsletter