Crib deaths rise at the start of every school year 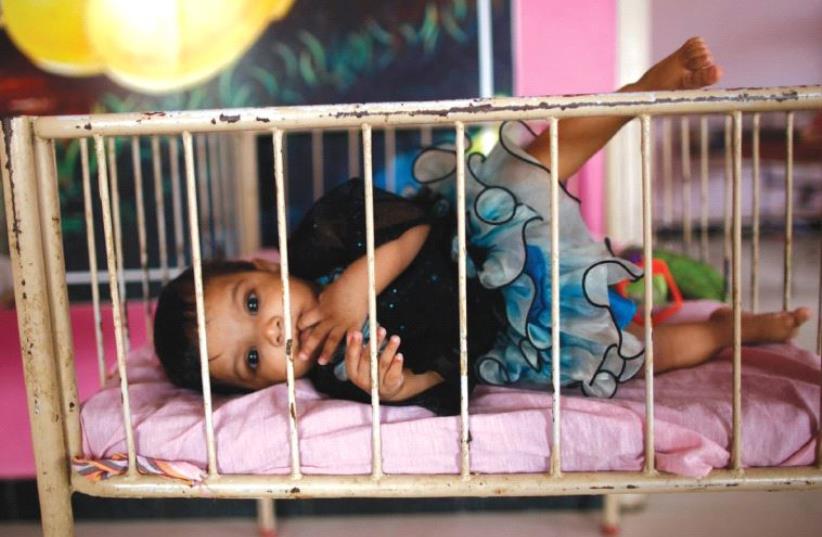 A BABY lies in her crib in this illustrative photo. (
(photo credit: REUTERS)
Advertisement
The number of sudden infant deaths rises significantly every year in the first week of September.That is when many newborns get new caregivers, often untrained in preventing such tragedies, according to ATID – The Israeli Foundation for the Study and Prevention of Sudden Infant Death.New mothers are generally taught about Sudden Infant Death Syndrome (SIDS) in the hospital or at well-baby (tipat halav) centers, ATID chairman Dr. Anat Shatz, said on Tuesday. But half of the cases his organization sees involve infants who were cared for by someone other than a parent. Most deaths involved babies between three weeks and 10 months old.Shatz, an Ear, Nose and Throat surgeon and Shaare Zedek Medical Center’s pediatric pulmonary expert, said the deaths often take place in daycare centers or caregiver homes, independent of whether the babies were cared for individually or in a group (mishpachtonim).In the US, one fifth of all SIDS cases occur when babies are at a caregiver’s residence or facility.The risk of crib death rises 18-fold when a baby who is used to being put to sleep on his back is suddenly put on its stomach or side. That often is the case when a new caregiver starts attending to a baby, said Shatz, and apparently the reason for a sudden rise in deaths when the school year starts.There is no organized training for caregivers to learn preventive measures, Shatz said, but there are proven methods to help prevent sudden infant death. These include: always putting a baby to sleep on its back; not smoking around a baby; not overwrapping or overdressing an infant; using a hard baby mattress; not placing pillows or toys in a crib; not heating the room to above 22 degrees Celsius, and not sleeping with an infant in the adult’s bed.Additionally, only cribs and cradles with Israel Standards Institution approval should be used.According to the Central Bureau of Statistics, 71 babies up to the age of one year died from SIDS in 2012. In 2013 there were 45 cases.“The Economics Ministry is responsible for supervising city-organized mishpachtonim and daycare centers, but it has no authority to do so in private mishpachtonim,” Shatz said. “Without supervision, it’s impossible to know if the caregivers are expert in the rules on reducing the risk and preventing crib death. Often, the caregivers don’t act according to the guidelines and often act in violation of parents’ explicit instructions.”ATID has called for mandatory caregiver training for those who work with babies.Shatz emphasized that it is not enough to simply tell caregivers to provide a safe sleep environment, but to check and make sure they understand how, and that they are following guidelines. “With the lack of rules and supervision by the authorities, we call on every parent at the beginning of September to take responsibility and make sure that their baby’s caregivers are aware of the guidelines and actually implement them exactly,” he said.