The "smart" security barrier company's CEO says Trump's vow to build wall on US-Mexico may have helped with the major market gains. 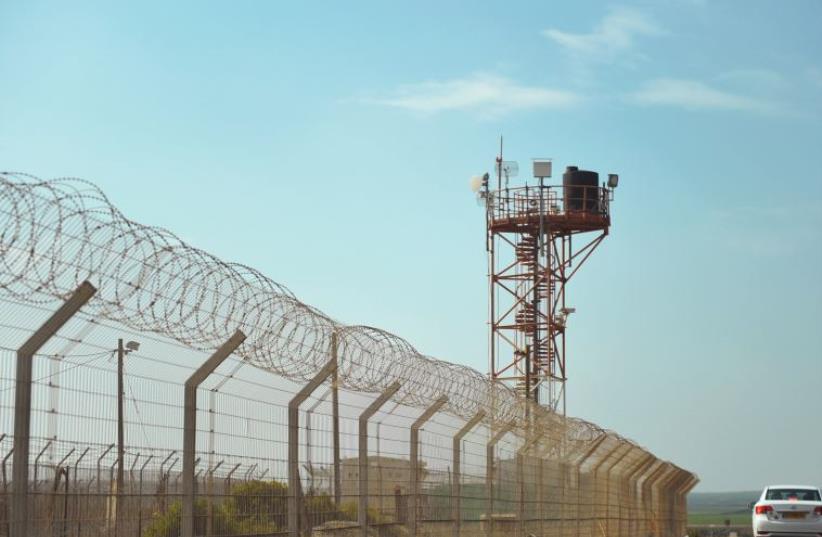 Defense Ministry completes construction of sensor fences around southern communities
(photo credit: DEFENSE MINISTRY)
Advertisement
The Israeli firm that helped develop the security fence around the Gaza Strip has seen major gains in its stock shares since Donald Trump's presidential election.The Yehud-based Magal Security Systems which specializes in security barriers laden with sensory-technology has reportedly considered pitching its wares for the president-elect's campaign pledge to wall off the US-Mexico border, according to Bloomberg.The business outlet on Tuesday cited the border security company's CEO, Saar Koursh, as saying Trump's proposed plan may have helped Magal's 19% market advance since the billionaire real estate tycoon won the presidency. The company has helped construct security barriers along the Egyptian and Jordanian borders, and is competing for contracts to do the same in Kenya, Somalia and other African countries under threat from violent organizations. The company's stock jumped nearly 6% Monday on the Nasdaq Stock Market. Trump has threatened to unwind a free trade deal with Mexico and to block money sent home by migrant workers in the United States to pay for a wall on the border between the two countries.
Trump calls for "extreme vetting" for immigrants, calls to build a wall between Mexico
However on Sunday, Trump backed away from his promise to build the wall, saying some areas could instead be "fencing," adding he would move to deport up to three million immigrants in the country illegally who have criminal records.In an interview with CBS's 60 Minutes, Trump said "for certain areas" he would accept fencing instead of a brick-and-mortar wall.