Israeli start-up AudioBurst wants to be the Google of radio

AudioBurst hopes to work with the stations to help promote and monetize their content on the Web and take a cut of the revenue in the process. 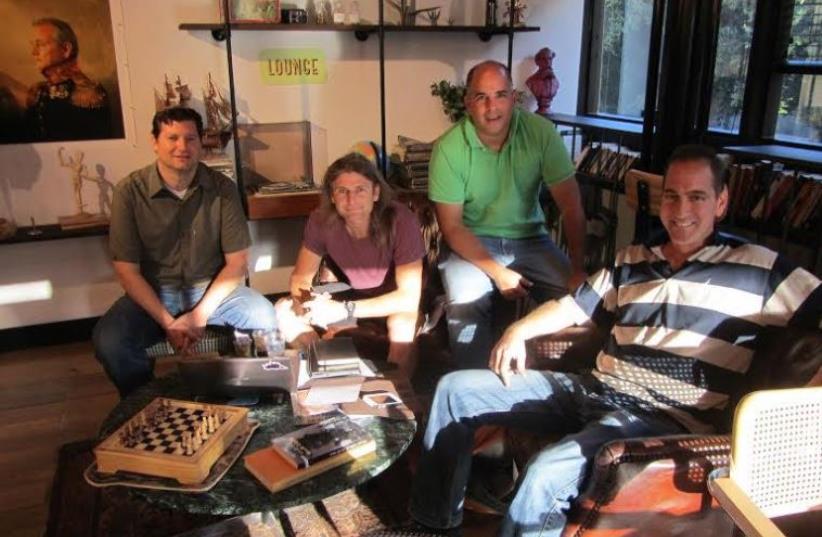 From left: Jonathan Silberberg, Co-Founder and VP Business, Ben Enosh, Co-Founder and Chairman, Gal Klein, Co-Founder and CTO, Amir Hirsh, Co-Founder and CEO.
(photo credit: Courtesy)
Advertisement
Radio is ephemeral. It’s broadcast, you hear it, then it’s gone.Israeli start-up AudioBurst wants to change that.“A huge amount of effort and resources is invested into creating premium content for radio, whether it’s an anchor in the studio, a producer in the field, a chopper looking at traffic,” says AudioBurst cofounder Amir Hirsh. “The only problem is that it’s broadcast live, and if you didn’t hear it the moment it happened, it literally disappears into thin air.”AudioBurst records radio content, transcribes the audio in real time and breaks it down into short sections it calls “bursts.” Those sections are then automatically tagged with keywords and stored on servers, where they can be retrieved by search engines, websites or audio apps.“Imagine that you’re Googling a topic, you can read what was written in the paper or view images or see a YouTube video, but there’s no audio context in Google’s front page, and that’s what we’re trying to be,” Hirsh says.Hirsh, who’s had hi-tech success in the past with companies such as BlueSecurity and Collactive, joined Ben Enosh, Gal Klein and Yoni Silberberg, who spun the venture off ad-exchange network Plymedia.They decided that the technology, which was originally oriented at transcription alone, could help them break into the radio business. Hirsh says the US alone has 15,000 channels, and ads amounting to $18 billion.While big radio companies such as National Public Radio can afford to develop a sophisticated digital strategy, worrying about everything from playing their stories on the Web to creating powerful streaming apps, Hirsh says, many small radio stations lack those resources.AudioBurst hopes to work with the stations to help promote and monetize their content on the Web and take a cut of the revenue in the process.“What we’re going for is the 90 percent of the radio stations that don’t have the [digital] resources,” he says.“What we’re offering is to listen to all of their broadcasts and make it searchable and downloadable.”The technology could have uses outside its original intentions as well. For example, both desktop and mobile platforms are increasingly incorporating “digital assistants” that can respond to voice commands, but much of the content they return is still visual in nature. Retrieving recorded audio instead could be a useful alternative to users who don’t want to look at a screen, such as drivers.One of the challenges the company will face is storing and quickly accessing all that audio, which is a big part of the technology. It estimates that once it kicks into full gear, it will be producing a million bursts a day.That will take up a lot of server space and require strong algorithms to quickly search and access.Hirsch estimates that the cost of storage and processing power will be about $100 a month per radio station.If 5,000 stations are relevant to the company, that will add up to a significant cost quickly.The project is, if nothing else, ambitious.“Within a few months, it will become one of the biggest content sites in the world,” Hirsch says.