The 7th generation processors provide record-breaking performance rates and are the fastest, strongest processors available to the general public, as well as being energy-saving. 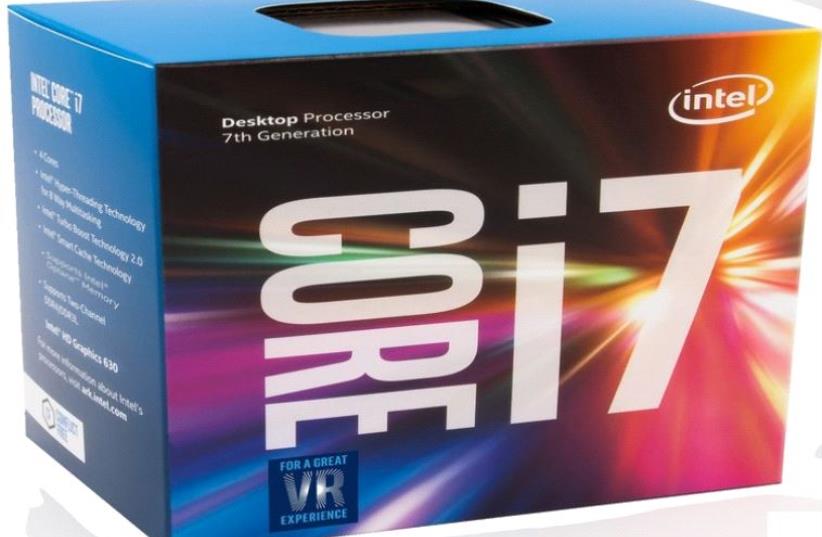 Intel Core i7 CPUs, also known as Kaby Lake
(photo credit: INTEL)
Advertisement
Intel announced on Tuesday the official launch of its full line of advanced seventh generation computer processors.According to Intel’s Israel division, the majority of development and design for the new high-performance processors came from the company’s Haifa development center.“Today, many of Intel’s core products are being developed through Intel Israel’s development branch, specifically the sixth generation processors that were announced last year and the seventh generation that was just announced today,” Ran Sanderovitz, vice president and general manager of Intel Israel’s development centers, told The Jerusalem Post on Tuesday.According to Sanderovitz, employees at the center in Haifa, and in Yakum north of Tel Aviv, are behind many of the improvements to the 7th generation processors, with support from the firm’s communications platforms in Petah Tikva and Jerusalem.“Of course, we work collaboratively with other international teams. Nothing you do is 100% local, but I would say that the majority of the design and the innovation – the big core improvements in physical design, architecture, built-in hardware security and device connectivity – were driven from our development center here,” he said.“The ability to improve the existing performance rates of the processors was a very innovative task and was driven from Israel and done by the Intel Israel team. This is one of the best, if not the best, processor team in the world today.I think it’s a result of chutzpah and the audacity to dare stretch the limits of capability. This is also what makes companies like Intel invest in Israel,” Sanderovitz said.According to Intel’s announcement, the new processors provide record-breaking performance rates and are the fastest, strongest processors available today for the general public, as well as being energy-saving.“Every year our team manages to add more and more performance power to the processors. Every year we manage to improve computing power by an average of 10%. With this line, our Israel team broke the world record once more, by 12%,” said Sanderovitz.Intel’s first batch of seventh generation processors already hit the markets in August 2016, with a line focused more on low-power, lightweight and portable devices better suited for private individual use. Tuesday’s announcement brings the full range of processors to consumers who are professionals who use the Intel-powered devices for work or art, and for enterprises which also require non-portable devices.“Now our full portfolio of products is out there. With this launch we are addressing the high-performance needs of the enterprise market segment and those who have more specialized needs from their machines,” Sanderovitz said.The new processors are also a boon for gamers and the gaming industry, he said, as well as for anyone who deals with virtual reality, as they were specifically designed with the gamers and the VR sector in mind.“The Israel team is very much in tune with the public, and is inspired to excel by consumer needs.”Hours before Intel officially announced the launch, Japan’s Toshiba Corporation announced that, as of this month, nine of Toshiba’s computer models will be updated with the new processors. Chinese computer manufacturer Lenovo made a similar announcement in December.“This is probably the crown jewel of Israeli high-tech. Very few products that are designed in Israel generate so much value by consumers worldwide, considering how many people are getting devices with an Intel processor,” Sanderovitz said.