Transforming the Galilee into a food-tech stronghold

The Food-Tech Hub is the first of many initiatives to make the Galilee a global capital for innovation in the food sector. 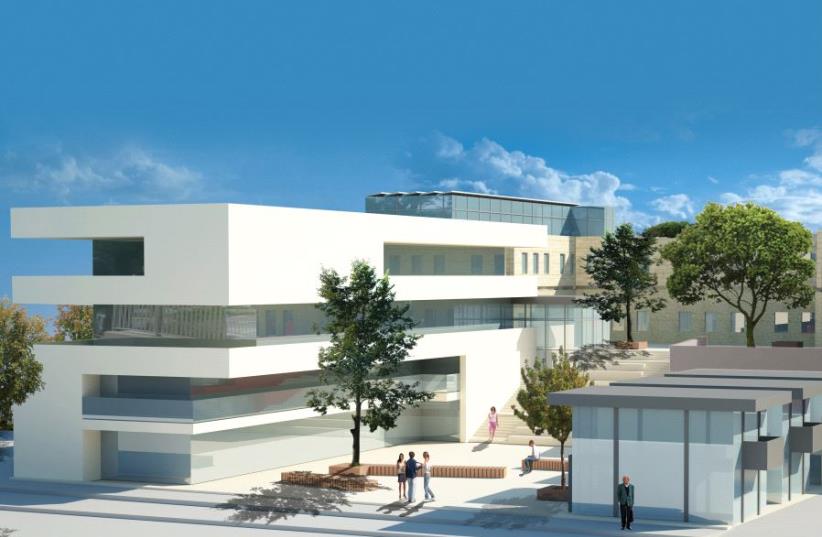 Illustrative depiction of the future Kiryat Shmona Food-tech Hub
(photo credit: Courtesy)
A first-of-its-kind “Food-Tech Hub” in downtown Kiryat Shmona is aiming to transform the country’s northernmost region into a global capital for food innovation and research.In a opening ceremony on Tuesday morning, MK Erel Margalit (Zionist Union) and the mayors of the Galilee panhandle communities announced the future 3,400-square meter Food-Tech Hub – a space that will promote both industrial development and academic research in the sector. With investments worth tens of millions of shekels, the center is part of a larger regional program to transform the Upper Galilee region into a hotbed for food technology.“Kiryat Shmona is in the midst of a process that will transform the city into a center of technology and culture in the Galilee,” said Mayor Nissim Malka.Following the establishment of the city’s Yuvalim neighborhood, and the resulting return of hundreds of residents to the area, Malka said that creating a “growth engine for employment” in the region became critical to municipal officials.“The establishment of the hub will serve as an attractive center for companies and will bring hundreds of quality jobs to the city’s young people and to those who want to return home,” the mayor added.Among the facilities of the Food-Tech Hub, which was the brainchild of Margalit and Malka, will be a technology incubator, innovation labs for food development, offices, accelerators and work spaces for entrepreneurial youth, according to the project plans.“The initiative brings together two strengths of Israel: the research and development field in agriculture and the hi-tech field in biotechnology,” Margalit said. “The Galilee has all the conditions necessary to become a global innovation hub in the food sector. A variety of soil and climate types and water resources, together with academia, advanced research and widespread agriculture, generate a historic economic opportunity here.”The investors in the Food- Tech Hub, who hail primarily from the United States, came to Tuesday’s ceremony as part of a delegation led by Russell Robinson, CEO of the Jewish National Fund.The Food-Tech Hub is the first of many initiatives to make the Galilee a global capital for innovation in the food sector. As part of the country’s overall plan to develop the North, the government recently approved a budget for establishing a food research and innovation institute in the region, as well as a variety of incentives for companies to open offices in the area.As construction begins on the innovation center, Margalit expressed his confidence that the Galilee panhandle could become a stronghold for food technology in the same way that Beersheba turned into a center for cyber security. Margalit was personally involved in the development of the southern city’s cyber security hub, when Jerusalem Venture Partners, where he formerly served as founder and chairman, teamed up with Ben-Gurion University of the Negev to develop an incubator for that region.“The country has now expressed its willingness to encourage companies in the field to move to the North, with the help of incentives and benefits, and this is the right direction, but we should not wait for the government,” he said. “It will be the same here as when we established the cyber incubator in Beersheba.”
Sign up for the Business & Innovation Newsletter >>