Digging with the Bible

William F. Albright proved the Bible was a book of factual, historical, real, places and people 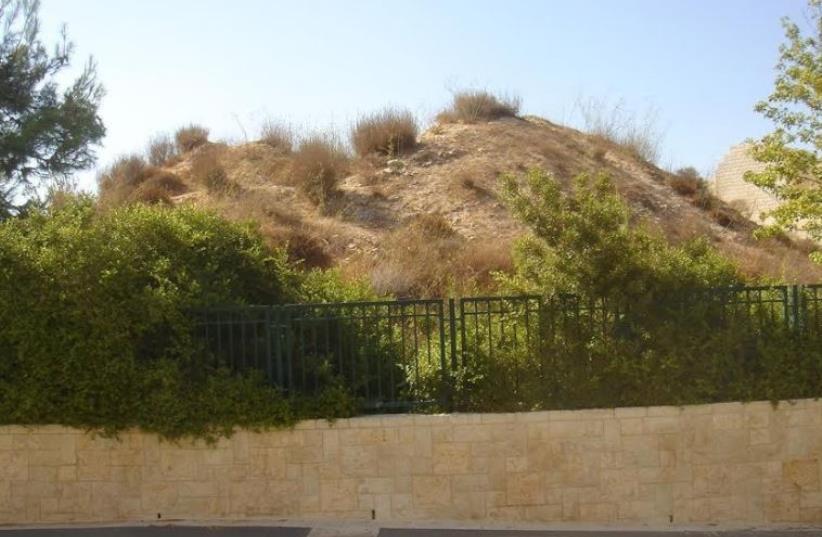 Tumulus 2 in Jerusalem, excavated by W.F. Albright in 1923. His excavation trench is still visible at the top of the structure
(photo credit: Wikimedia Commons)
Advertisement
On May 24, 1891, William F. Albright, the founder of the biblical archeology movement, was born in Coquimbo, Chile. Obsessed with the Bible, history and archeology as a young child growing up in South America with his Methodist missionary family, Albright was able to turn his love into his profession.In “Biographical Memoirs,” authors Thomas Levy and David Noel Freedman reveal that Albright had a miserable childhood growing up in Chile. Therefore, wanting to relieve some of his misery, at the age of 10, his parents gave him the gift that he had most desired: the two-volume “History of Babylonia and Assyria,” which was recently published.At the age of 22, after having already earned a bachelor’s degree in classic literature from Upper Iowa University, he enrolled in John Hopkins University. He earned himself a scholarship for his Ph.D studies in Oriental seminary, and he would complete the doctorate three years later in 1916.Following a short stint in the US Army during the First World War, and now with a proper scholarly background now in his hands and having taught himself Biblical Hebrew and Assyrian, Albright turned his attention to conquering the Middle East and the Holy Land – from an archeological perspective.He became director of the American School of Oriental Research in Jerusalem, and married his beloved Ruth Norton, also a graduate of Hopkins, under the starry skies of the Eternal City.He worked at the site of Gibeah or Tel el-Ful, possibly the location of the Book of Judges’ Battle of Gibeah and the first site of the capital of the Holy City, which is located in what is now the northern Jerusalem neighborhood of Beit Hanina. The archeologist also discovered Tell Beit Mirsim, which Albright identified as Dvir (Debir), or Kiryat Sefer, on the border of the Shfela and the Hebron Hills.The scholar played a role in authenticating the Dead Sea Scrolls in 1948, calling it “the greatest manuscript find of modern times.” Out of all his articles, archeological excavations and research, his authentication of the Dead Sea Scrolls made him well known outside of the scholarly field.The State of Israel and Israeli institutions most appreciated Albright’s work. The Hebrew University of Jerusalem gave him an honorary doctorate in 1957, and he was awarded the Yakir Yerusahaliyam – Worthy Citizen of Jerusalem prize in 1969. The Albright Institute of Archaeological Research in Jerusalem was named after him in 1970. The institute is the oldest American research center for Ancient Near Eastern Studies in the Middle East.In an article on the dean of biblical archeologists from 1975, “Ministry – the International Journal for Pastors” wrote that once Albright made it to Israel, he abandoned his “mythological studies,” and everything in the Bible became clear to him.“The Bible became real to him, a book of factual, historical, real, places and people.”He died in 1971, but his work continues to inspire generations to not only read the Bible, but to live and breathe it. To learn more about the role of the Bible in history, check us out at @christian_jpost, on Facebook.com/jpostchristianworld/ and see the best of the Holy Land in The Jerusalem Post - Christian Edition monthly magazine.
Sign up for our Christian World newsletter >>