IN PHOTOS: Ethiopians struggle to come to terms with beheadings of Christians in Libya 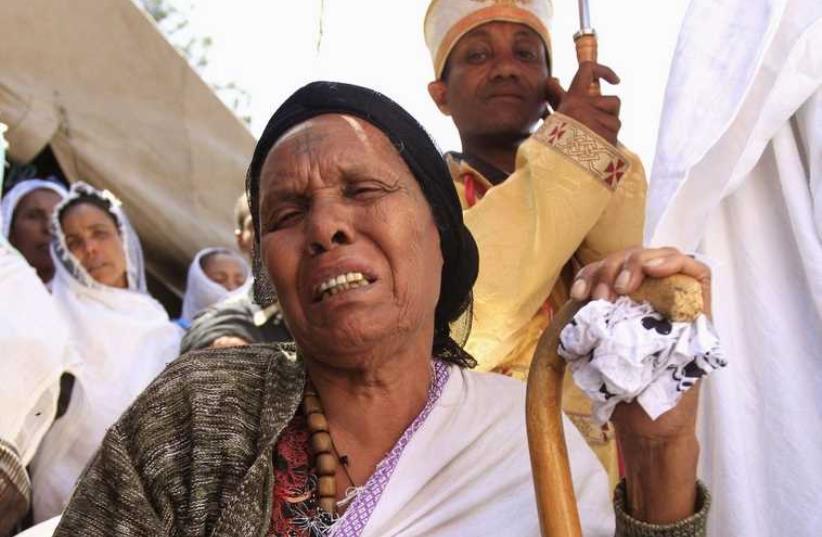 A woman cries at a gathering for the 30 Ethiopian victims killed by members of the militant Islamic State in Libya, in the capital Addis Ababa (Photograph: REUTERS) 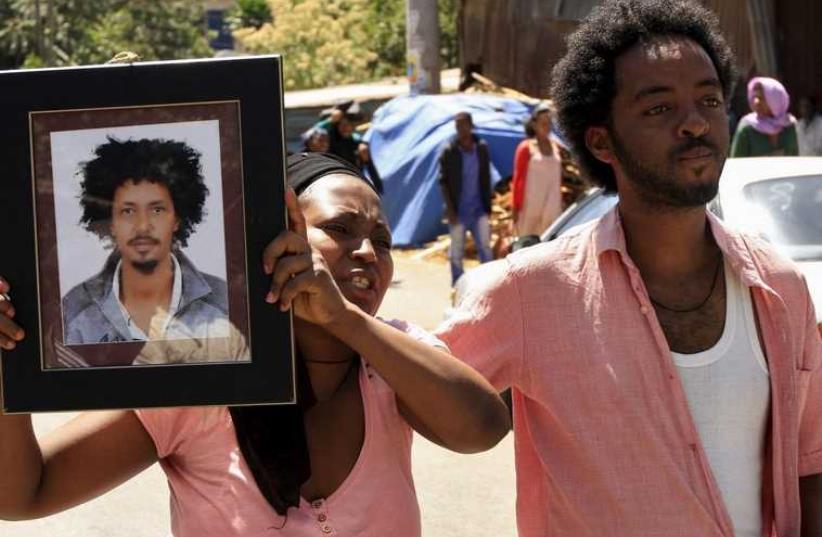 A woman mourns with the framed picture of a man said to be among the 30 Ethiopian victims killed by members of the militant Islamic State in Libya, in the capital Addis Ababa (Photograph: REUTERS) 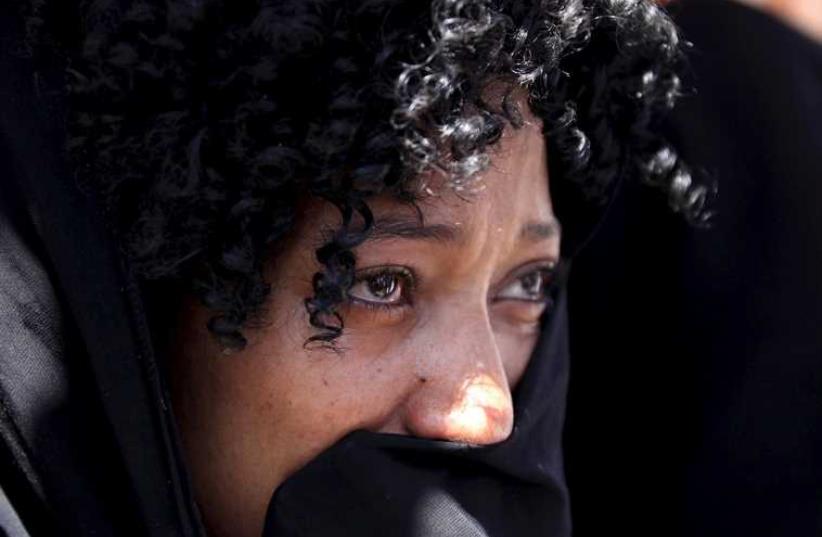 A woman mourns at the home of one of the 30 Ethiopian victims killed by members of the militant Islamic State in Libya, in the capital Addis Ababa (Photograph: REUTERS) 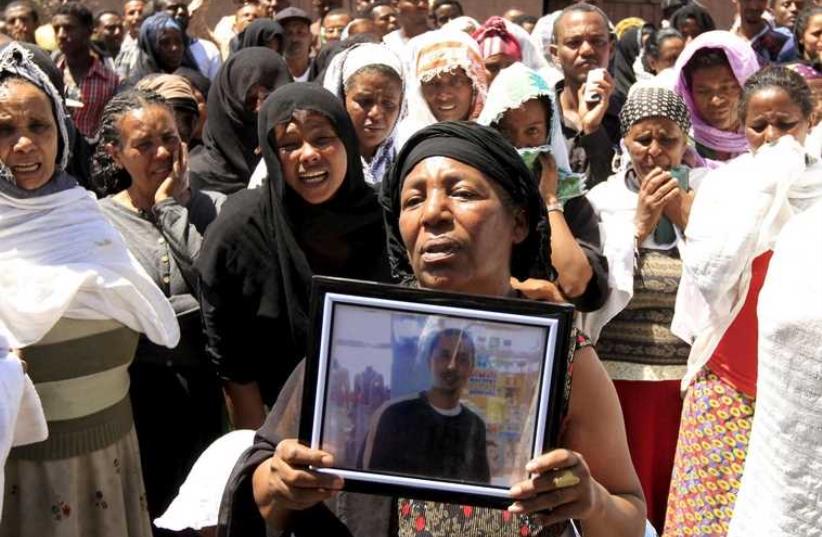 A woman mourns with the framed picture of a man said to be among the 30 Ethiopian victims killed by members of the militant Islamic State in Libya, in the capital Addis Ababa, (Photograph: REUTERS) 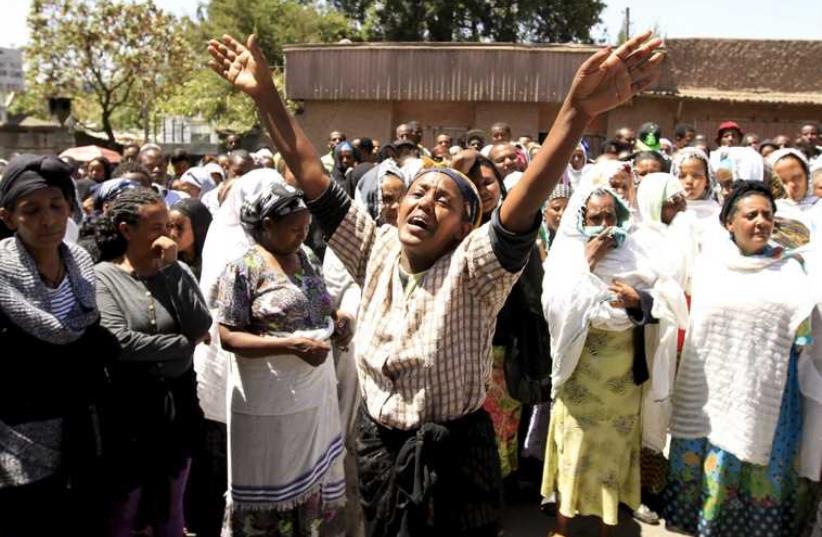 A woman cries at a gathering for the 30 Ethiopian victims killed by members of the militant Islamic State in Libya, in the capital Addis Ababa (Photograph: REUTERS)
Hundreds of grieving relatives gathered outside the homes of two Ethiopians who were among dozens shown being shot and beheaded in a video purportedly made by Islamic State militants in Libya, struggling to make sense of their loved ones' fate.Only two of the 30 Ethiopian Christian prisoners displayed being killed in two groups by masked jihadists in a video released over the weekend have been identified by name.The pair were close friends who grew up as neighbors in the impoverished Cherkos district of the capital Addis Ababa."My son is gone. I cannot bear it. I am burning," a sobbing Ahaza Kasaye, mother of Eyasu Yekuno-Amlak, said at the gathering of family members on Tuesday.Eyasu's dreadlocks enabled his family and friends to quickly recognize him in a group of prisoners seen in the video trudging along a beach in orange jump suits before their captors beheaded them as they knelt on the ground.Though the bodies of the prisoners have not been returned or recovered, mourners erected a tent and a priest delivered a sermon. Wailing mourners held aloft pictures of both victims.Dozens of others - young men who were both neighbors and friends of the two men - briefly took to the streets and demonstrated in Addis Ababa's main square before being dispersed by police.Across town, Ethiopia's House of Representatives opened an emergency session with a minute's silence, before voting to observe three days of national mourning and fly the Ethiopian flag at half mast from Wednesday.TRADITION OF RELIGIOUS CO-EXISTENCESome lawmakers cited Islamic verses preaching tolerance, keen to highlight a centuries-long tradition of religious co-existence in a country that has now become wary of the rising tide of radical Islam in the Horn of Africa region.Relations between Ethiopia's Christians and Muslims have long been relatively peaceful.Followers of both faiths like to recall a period in the 7th century when, according to tradition, groups of the Prophet Mohammad's first followers - including his wife - fled persecution and found refuge in the Christian Axumite Empire, in the north of modern-day Ethiopia."The slayings committed by the terrorists (in Libya) are a shocking deed that stands contrary to the Holy Koran," said Hajji Mohammed Aman Jemal, president of the Ethiopian Muslim Affairs Supreme Council.Abune Mathias, Patriarch of the Ethiopian Orthodox Tewahedo Church, called on all compatriots to "maintain Ethiopia's ancient tradition of unity, love and compassion".Ethiopia's economy is booming but unemployment remains high. Many opt to venture out and trek across the Sahara in a bid to reach Europe via Libya, where Islamic State militants have gained a toehold after seizing large parts of Syria and Iraq.Impoverished migrants often pay large amounts of their meager savings to people traffickers.Friends of Eyasu and Balcha said both did not have jobs and that they had been in Libya for two months before being killed by Islamic State. Eyasu had unsuccessfully tried to land a job in the wealthy Gulf Arab state of Qatar."They (traffickers) promised to fly him to Italy from Khartoum at a cost of 90,000 birr ($4,500), which I paid for myself," said Seyoum, Eyasu's brother."That was a month ago, and the last time I heard from him, before I saw those (prisoner) pictures on Facebook."Ethiopian Foreign Minister Tadros Adhanom said there were Ethiopians among the traffickers that set desperate migrants on dangerous journeys towards Europe."You (traffickers) have blood in your hands," he said in parliament. "Haven't you had enough? Don't you have feelings for your fellow brothers and sisters?"sign up to our newsletter