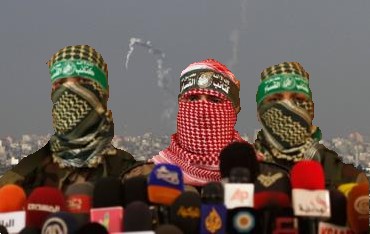 A rocket fired by Palestinians in Gaza on Friday evening struck a home in southern Israel, causing damage. The projectile slammed into a house in the Eshkol regional council in the western Negev. Another rocket landed nearby in an open field.Earlier Friday, the Iron Dome anti-missile system intercepted two Kassam rockets fired by Palestinians at southern Israel on Friday.
Post by ‎עדכוני הדרום‎.
A Palestinian mortar exploded in an open field near the Eshkol regional council. No injuries or damage was caused. Another Palestinian rocket exploded in the western Negev town of Ofaqim. Still no word on casualties.Earlier on Friday morning, four rockets exploded in southern Israel while another was intercepted by Iron Dome batteries. Two more mortar shells reportedly exploded in open fields according to media reports.Soon afterward, IDF artillery fired into the Gaza Strip following the barrage of rocket-fire despite media reports that Hamas officials have claimed they support a ceasefire with Israel which Egyptian intelligence officials were attempting to broker.
Following days of rocket fire and retaliatory strikes by the IDF, the BBC quoted a Hamas sources as saying a truce had been brokered, a claim that Israel has not confirmed.
The IDF deployed troops on the Gaza border amid the escalation, as some 40 rockets hit Israel on Thursday and Prime Minister Binyamin Netanyahu had warned earlier on Thursday evening that if quiet in the region was not restored, the beefed-up IDF units amassed there will act “with power.”
IDF officials have maintained that the forces were in place to defend residents of the South and that there stance is, "quiet will be answered with quiet."
Over 40 rockets and mortar shells have landed in southern Israel since early Thursday, including two direct hits on residential buildings in Sderot. On Friday three more rockets landed in open fields near Sderot and Eshkol while a third was shot down by Iron Dome batteries. The Code Red siren was heard again on Friday afternoon.On Thursday demonstrators gathered on the edge of Sderot and called for strong military action against Gaza.