"We can make a difference. I say let it start with me," says pastor Stan Kamps, the leader of an English-language church near Amsterdam. 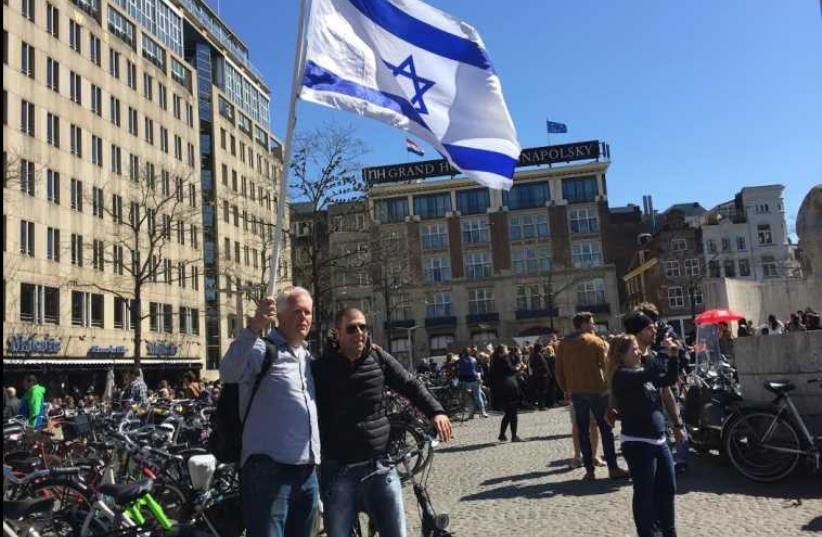 Pastor Stan Kamps waving the Israeli flag in Amsterdam as part of a campaign to fight anti-Semitism in Europe and show solidarity with European Jewry
(photo credit: Courtesy)
Advertisement
On April 8, the European Jewish Association launched a solidarity campaign to fight anti-Semitism in Europe and one pastor in the Netherlands has already taken heed of the call.Last Saturday, Stan Kamps, a Canadian-born pastor of an English-language baptist church in the Dutch city of Almere, took to the busy Amsterdam streets with members of his church and a large Israeli flag. 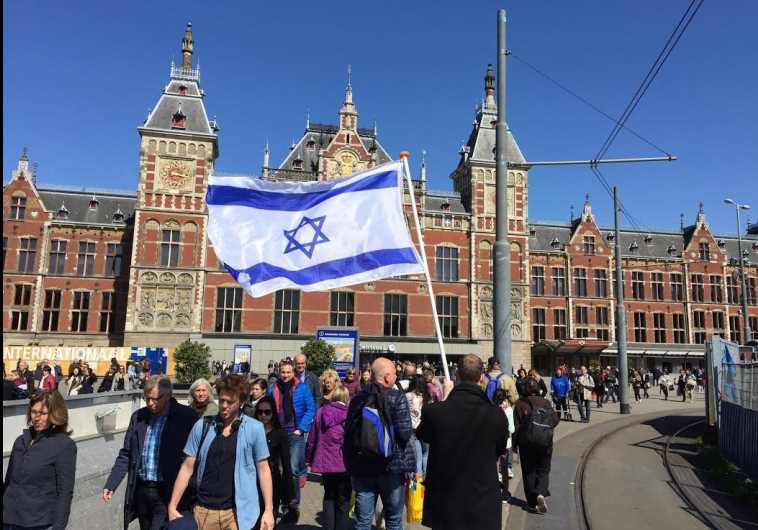 One of the church's member walking through the Amsterdam streets with the Israeli flag. (Photo credit: Courtesy)"I have not always gone out with an Israeli flag but this last Saturday we did. We met many people from Israel and spoke with them and also informed many others of the facts regarding the land of Israel," Kamps wrote via email. He said that during the day, the group walked around the busy downtown area with Israeli flags, handed out literature about Israel and its history, and spoke to people on the street in an effort to dispel myths people might have about the country. 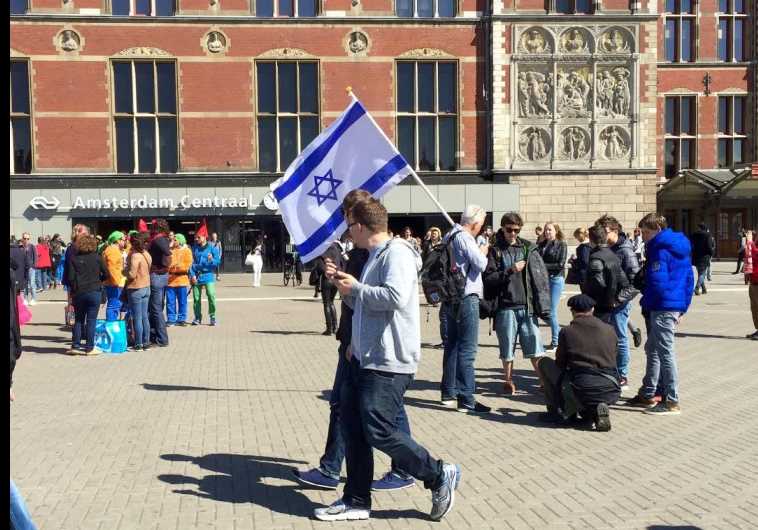 Pastor Stan Kamps speaking with a group of Italian boys about Israel. (Photo credit: Courtesy)  The inspiration to take part in the campaign came after reading a Jerusalem Post article about anti-Semitism faced by Holland's Chief Rabbi Benjamin Jacobs, saying that in recent years it has become commonplace for people on the street to yell anti-Semitic epithets at him."This is very upsetting to me and [I] want him to know that we love him and are praying for him and his safety," Kamps wrote. "I hope that this will also encourage others to stand up for our Jewish neighbors and for Israel. It has to start somewhere and I know that with God’s help we can make a difference. I say let it start with me."Kamps said that he hopes to continue doing this on a regular basis, and also requested help to do more. "If you know of other ways we can be an encouragement to Jewish people here, please let me know," he wrote."So many people believe the lies and propaganda they are being fed about Israel. This is why I go out with my Israeli flag, to encourage Jewish and Israeli people, and to speak with others [who] will listen about the truth in regards to Israel." 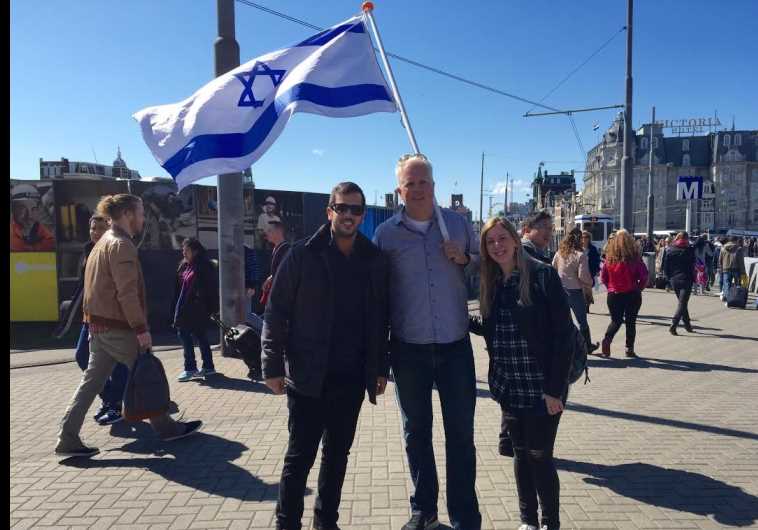 Within five minutes of arriving at the Central Station in Amsterdam, a young couple from Tel Aviv approached Stan Kamps, saying they saw the flag from far away and were encouraged by it. (Photo credit: Courtesy)Kamps's family has a history of standing up for the Jewish people, even endangering their lives to do so. He recalled how during World War II, his grandfather and uncle were both arrested by the Nazis. "My grandfather had a farm and business in the north of the country, so they were able to hide Jewish people there until they were caught," he said. The campaign to fight anti-Semitism in Europe, headed by the EJA's Rabbi Menachem Margolin in Brussels, calls on non-Jewish Europeans to wear Jewish symbols and film themselves walking down the street to show their opposition to rising anti-Semitism.“The idea is to get as many non-Jews as possible to wear Jewish symbols and show solidarity, and that they are a part of the silent majority that is not anti-Semitic. The idea is to do like the ice bucket challenge and get thousands to publish the videos on Facebook and Twitter,” he said.Sam Sokol contributed to this report.