The letter, dated Sept. 30, 1936, was written shortly before Austria’s annexation by Nazi Germany. 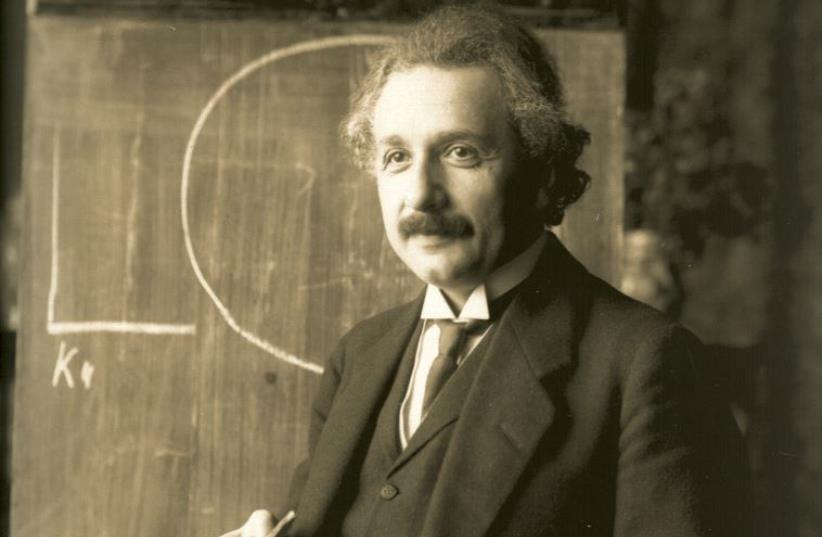 Albert Einstein lecturing in Vienna, 1921
(photo credit: FERDINAND SCHMUTZER)
Advertisement
JERUSALEM — A handwritten letter by Albert Einstein expressing fictitious support for anti-Semitic policies enacted by Austria will go on the auction block.
The letter, dated Sept. 30, 1936, was written shortly before Austria’s annexation by Nazi Germany and addressed to Jacob Billikopf, an American-Jewish social activist and philanthropist who was working on getting as many Jews in Europe to escape Nazi Germany and to immigrate to the United States.
It was written in response to an article sent to Einstein by Billikopf claiming that the Austrian government adopted anti-Semitic policies for the benefit of its Jews.
“Especially interesting is the part dealing with the attitude of the Austrian government toward the Jews, and it is even reasonable – a speck of ‘discrimination’ so as to protect us from the wrath of the masses,” the famed Jewish-German physicist wrote. “That is certainly a good point (and look at the American universities).”
Einstein’s mention of U.S. universities is believed to refer to established quotas of Jewish students in at least several prominent educational institutions at the time.
The letter will go up for auction at Kedem Auction House in Jerusalem on Wednesday. The opening bid is set at $10,000 and it is expected to sell for as much as $30,000.
A co-owner of the Kedem Auction House, Meron Eren, said in a statement that the letter “introduces us to Einstein’s sarcastic humor, a side of him that has not so often been seen or familiarized by the public.”