The 105-year-old organization provides aid and services to Jewish populations in need across the globe, and took an active role aiding Holocaust survivors, Soviet Jewry, and Ethiopian Jews. 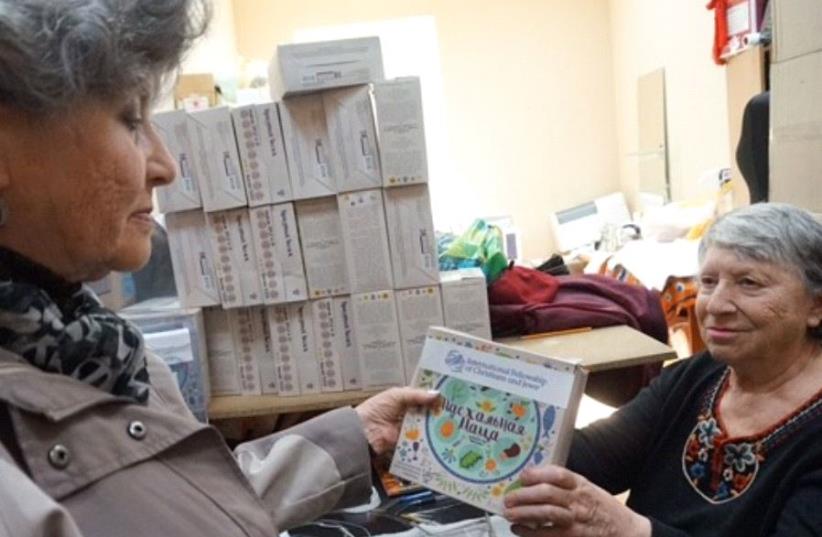 The American Joint Jewish Distribution Committee (JDC) distributes matza to elderly jews in Odessa, Ukraine.
(photo credit: JDC)
(JTA) — The American Jewish Joint Distribution Committee has elected a new board president following the first contested election for the post in the group’s history.
The board’s vice president, Mark Sisisky, a retired wealth manager from Virginia, defeated Harvey Schulweis, another longtime board member, according to a statement from the outgoing president, Stan Rabin. The statement did not mention the vote tally.
Sisisky was the board’s nominee for president.
The 105-year-old organization provides aid and services to Jewish populations in need across the globe, and took an active role aiding Holocaust survivors, Soviet Jewry, Ethiopian Jews and others in distress.
The contested election hindered the group’s fundraising efforts, according to Jewish Insider. Its executive vice president and CEO, David Schizer, also will be leaving his post at the end of the year. A replacement has not been named.
“I want to thank all those who engaged in the election process and all those who demonstrated their faith in my leadership,” Sisisky said in a statement. “I now look forward to partnering with my colleagues to continue JDC’s ongoing work addressing critical needs with kindness, excellence, and rigor.”