Last year was the first time that the king of Bahrain marked Hanukka. 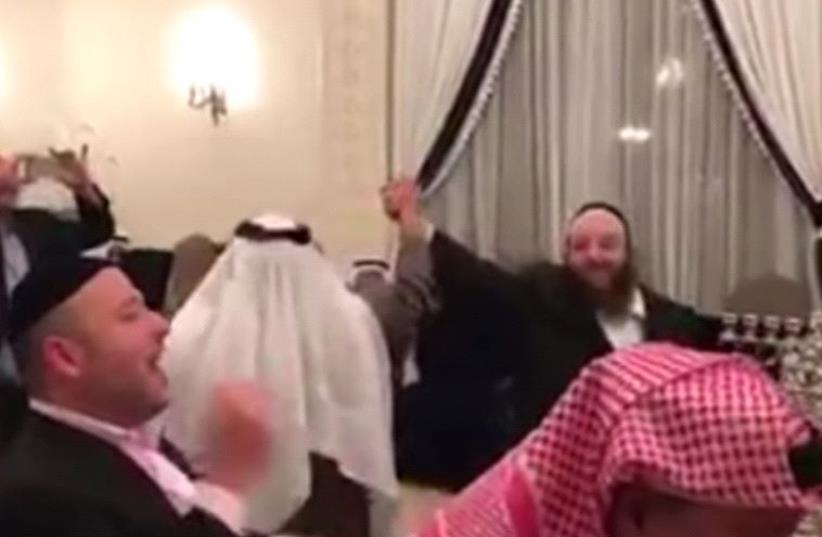 Jews and Muslims celebrate Hanukkah together in Bahrain
(photo credit: YOUTUBE SCREENSHOT)
The kingdom of Bahrain hosted a candlelighting ceremony for Hanukka, which led to a video of local men wearing kaffiyehs and Orthodox Jews dancing together.The Muslim monarchy of King Hamad bin Isa Al Khalifa held a candle lighting ceremony on Saturday night attended by the local Jewish community, area businessmen and other local Bahrainis. The Hasidic dancing was captured on video and posted on YouTube.Last year was the first time that the king of Bahrain marked Hanukka.The Hamas terror group issued a statement railing against the ceremony calling the dancing of Jews and Muslims together  a “disgraceful spectacle.”Hamas called on Bahrain to “fully stop any form of normalization with the Zionist enemy."Meanwhile, Turkey’s President Recep Tayyip Erdogan issued an official Hanukka message to the country’s Jewish community.“My best wishes for the Hanukka festival of all Jews, especially the inseparable part of our society’s Jewish citizens, with whom we have co-existed peacefully for centuries, and I wish them peace,” said the message.