“And they will rue the day, as they see two hundred skinhead Alt-Right Nazis marching with a guy from Hamas carrying machine guns through the center of their town!” 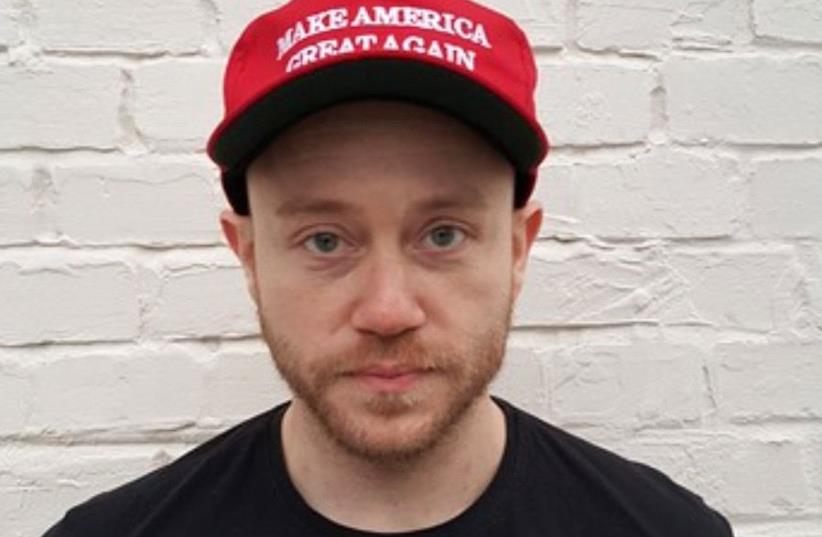 Andrew Anglin, the publisher of The Daily Stormer.
(photo credit: BFG101/WIKIMEDIA COMMONS)
Advertisement
A neo-Nazi website said it has filed the paperwork for an armed neo-Nazi march designed to harass the Montana Jewish community of Whitefish.The march was moved to Jan. 16, a Monday and the national holiday day set aside to observe Martin Luther King Day this year. The march had originally been set for the day before.Andrew Anglin, who runs the Daily Stormer website, posted a photo of the filed application on Thursday. The Whitefish City Clerk’s Office told the Forward that it had not received an application, and that what was on the website appeared not to be complete.Anglin wrote in a post published Thursday that nationalist groups from the United Kingdom, Sweden, France and Greece will attend the march. He also confirmed that “a representative of Hamas will be in attendance, and will give a speech about the international threat of the Jews.”He said that participants will march through the center of Whitefish, and end at Memorial Park, where several people will speak.Whitefish is home to white supremacist leader Richard Spencer, president of the National Policy Institute, a white supremacist think tank, as well as his mother. In November, Spencer spoke at a white supremacist event in Washington, D.C., celebrating President-elect Donald Trump’s victory in which he called out “Hail Trump!” and was greeted by Nazi salutes.The Daily Stormer published a blog post last month calling for followers to “take action” against Jews in Whitefish by writing and calling them with anti-Semitic messages. The post claimed that Jewish residents were “threatening” the business run by Spencer’s mother in the town.The post included the names, phone numbers and addresses of Jewish Whitefish residents, as well as their photos emblazoned with yellow stars. It also showed the Twitter handle and photo of a child. Along with using a number of anti-Semitic slurs, the post warned readers against using “violence or threats of violence or anything close to that.”“All I have asked for is an apology and a vow to stop harassing Richard Spencer’s mother in the future,” Anglin wrote Thursday, saying that his request has been refused by human rights activist Tanya Gersh and the Love Lives Here organization. Gersh is a local real estate agent.“This is absolutely insane, and shows the mentality of Jews,” Anglin said of the lack of an apology.“And they will rue the day, as they see two hundred skinhead Alt-Right Nazis marching with a guy from Hamas carrying machine guns through the center of their town!”There are about 100 known Jewish households in Whitefish and nearby Kalispell, part of the Flathead Valley.Montana lawmakers and faith leaders have issued statements in support of the Whitefish community.Whitefish has a population of about 6,000 full-time residents and is home to a ski resort on Big Mountain called Whitefish Mountain Resort.