“I’ve never seen so many people simultaneously reach into their bags and pockets looking for tissues and Purel. Within about two minutes, all the Nazi symbolism was gone.” 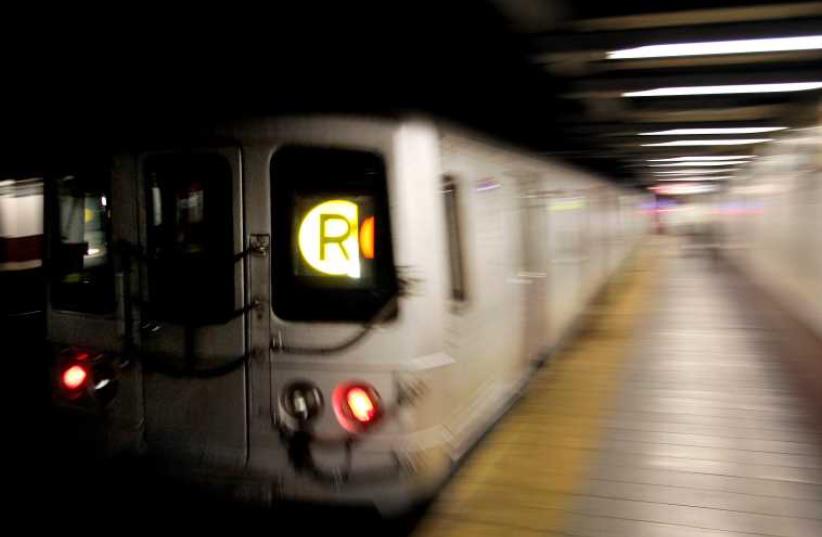 A Metropolitan Transit Authority (MTA) R-train streaks through the Canal Street subway station in downtown New York
(photo credit: REUTERS)
Advertisement
Commuters on a Manhattan subway train used hand sanitizer to clean away swastikas and other antisemitic graffiti drawn in permanent marker on the train’s maps, advertisements and windows.The subway riders discovered the graffiti on Saturday night.“The train was silent as everyone stared at each other, uncomfortable and unsure what to do,” one of the commuters, Gregory Locke, wrote in a post on Facebook. “One guy got up and said, ‘Hand sanitizer gets rid of Sharpie. We need alcohol.’ He found some tissues and got to work.” Locke’s post continued: “I’ve never seen so many people simultaneously reach into their bags and pockets looking for tissues and Purel. Within about two minutes, all the Nazi symbolism was gone.”“Nazi symbolism. On a public train. In New York City. In 2017,” he wrote.At least one of the messages said” “Jews belong in the oven,” according to the New York Daily News.Locke disputed one of his fellow travelers, who said while they were cleaning: “I guess this is Trump’s America.”He responded in his post: “No sir, it’s not. Not tonight and not ever. Not as long as stubborn New Yorkers have anything to say about it.”