Chabad of Russia did not confirm the visit. 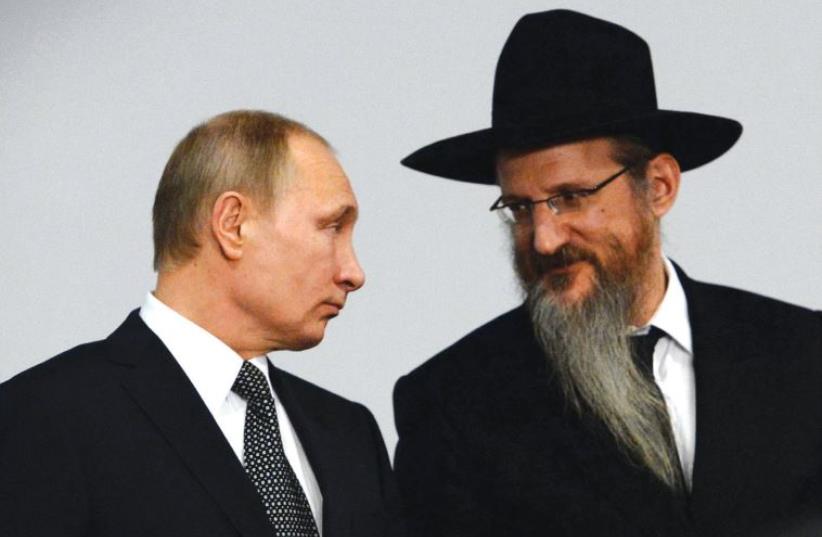 RUSSIAN PRESIDENT Vladimir Putin listens to Russian Chief Rabbi Berel Lazar earlier this year
(photo credit: REUTERS)
Advertisement
JERUSALEM— According to a report by Israeli media over the weekend, the chief rabbi of Russia was part of a diplomatic delegation sent to Iran by Russian President Vladimir Putin.The visit took place in April and the inclusion of the rabbi reportedly was met with opposition by Iranian officials. But Putin conditioned the travel of the delegation of politicians to Tehran to boost trade relations on the participation of Russian Chief Rabbi Berel Lazar, Ynet reported.The rabbi reportedly visited Jewish community institutions in Tehran and met with Jewish leaders during the one-day visit.Lazar and Chabad of Russia did not confirm the visit when asked about it by JTA.