The ban included a minimum 90-day suspension of admission of refugees from 11 countries, nine of which are predominantly Muslim. 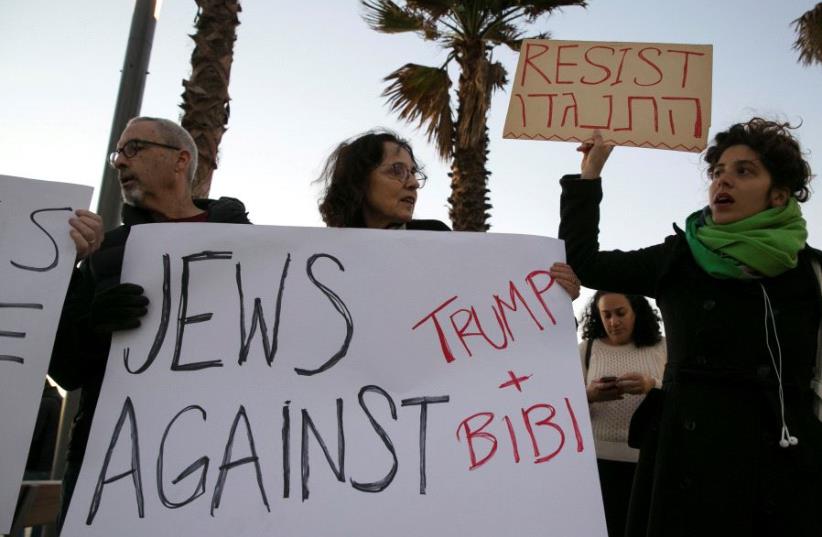 Protestors hold placards during a rally supporting refugees worldwide and in reaction to Trump's travel ban, outside the US embassy in Tel Aviv, Israel January 29, 2017
(photo credit: REUTERS)
Advertisement

The US government must expedite the resettlement applications of over 300 refugees affected by the Trump administration’s 2017 ban as part of an agreement settling a lawsuit by Jewish groups and others.

HIAS, the Jewish immigration advocacy group, had brought the suit on behalf of its partners, Jewish Family Service of Seattle and Jewish Family Services of Silicon Valley. Others plaintiffs included the International Refugee Assistance Project and the National Immigration Law Center, as well as nine individuals.

Under terms of the settlement announced Monday, the nine individuals will be included among the 300 refugees who had reached the final stages of processing prior to the ban and still have pending applications.

The ban included a minimum 90-day suspension of admission of refugees from 11 countries, nine of which are predominantly Muslim, and a suspension of the so-called follow-to-join process, which reunites family members with refugees already in the United States.

The Trump administration will allow some 18,000 refugees to be resettled in the United States in fiscal year 2020, which is the lowest admissions goal that any president has ever set since the establishment of the Refugee Act in 1980, HIAS said in a statement.

Refugees benefiting from the settlement will be included in the total count of refugees admitted to the United States in fiscal year 2018, when the admissions goal was 45,000 but only 22,491 refugees were resettled.