By JPOST.COM STAFF
FEBRUARY 16, 2013 11:41
Hezbollah march, fighters 370
(photo credit: Reuters/Khalil Hassan)
Advertisement
France is considering labeling Hezbollah a terrorist organizing, pending review of the results of a Bulgarian investigation into a terrorist attack in Burgas that killed five Israeli tourists and their bus driver, Lebanon’s An-Nahar daily reported on Saturday.Last week, Bulgaria openly charged the Iranian-backed Hezbollah with having carried out the July bus bombing.Deputy Hezbollah leader Naim Qassem responded that Israel was directing “allegations and incitements and accusations against Hezbollah” because it had failed to defeat it militarily.The conclusions of the investigation, citing a clear connection to an attack on European Union soil, might pave the way for the EU to join the United States in branding Hezbollah a terrorist organization. 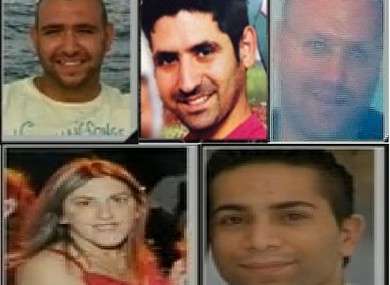 5 Israeli Victims of Bulgaria Bus BombFrench Foreign Ministry spokesman Philippe Lalliot said on Saturday that though the issue was not on the European Union agenda, the alliance could discuss it should one of the EU ministers propose to do so.Lalliot also said Bulgaria had failed to present any tangible evidence of Hezbollah involvement.Meanwhile, Canada urged the EU to blacklist Hezbollah.“We believe there is overwhelming evidence to suggest Hezbollah has been not just complicit, but actively carrying out terrorist attacks around the world in support of Iran,” the National Post quoted a government official as saying. “We hope that the European Union will follow Canada’s lead.”At a UN Security Council discussion on Tuesday on the protection of civilians in armed conflict, Ambassador to the UN Ron Prosor renewed his call for Hezbollah to be designated as a terrorist organization by the European Union.“Make no mistake: Hezbollah’s sole purpose is to commit terrorist acts both inside and outside the Middle East,” Prosor said. “Calling Hezbollah a charity is like calling al-Qaida an urban-planning organization because of its desire to level tall buildings.”

Reuters and Michael Wilner contributed to this report.
Advertisement
Subscribe for our daily newsletter